Comics artiste Paul Pope is having a preview event for the new edition of Escapo at one of my fave haunts: Webster Hall in NYC tomorrow night. 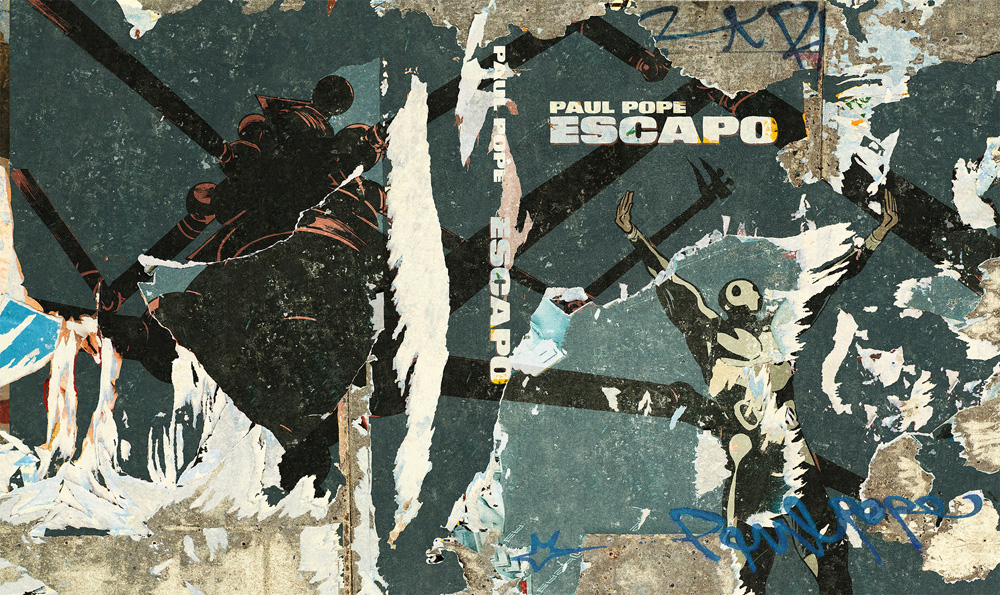 Pope’s book launch event will help benefit the Comic Book Legal Defense Fund and will feature a performance by the rockin’  Jim Jones Revue on Saturday 4/19. Oh, and Pope will be DJing too!

There will be special memorabilia on sale at the event plus a number of advance copies of Escapo. A portion of the merchandise proceeds will be going to the CBLDF.

The new edition of Escapo will be released by Z2 Comics this summer. It was first published in 1999 in black and white and it’s being reprinted in full color with additional content.