Historian Arlen Schumer’s bringing his Batshtick to a show in Manhattan on Saturday.

Mike Carbonaro’s Big Apple Con/New York Comic Book Marketplace is this weekend and Arlen will be doing one of his “VisuaLectures” — this one on Batman ’66 — on Saturday: 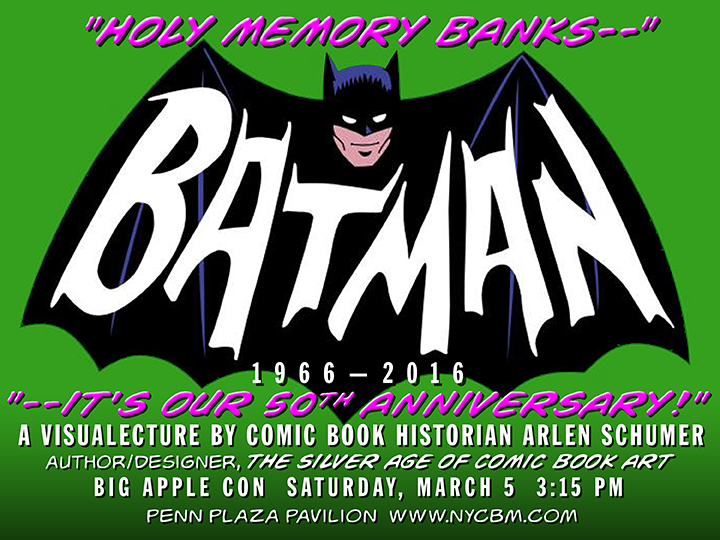 Arlen always puts on a fun show and though I won’t be there for this one, I recommend you check it out if you’re in the area.

Says Arlen: “The incredible American pop culture year of 1966 began with a bang in January with the premiere of the Batman television series! An overnight sensation, it featured all the colorful heroes and villains, outlandish sets, and lettering sound effects inspired by the Batman comic books themselves. But which Batman comics did the TV series take its cues from? That’s what (my) new VisuaLecture is all about: discussing and dissecting the origins of this landmark, groundbreaking TV series—warts and all—and how it came to kick off the Batmania that is still going strong, 50 years later! You’ll see the Batman TV series, and the comic books it came from, like you’ve never seen them before!”