THE SPIDER’S WEB: A legendary run finishes in fitting fashion…

Hey Web-Slingers! Welcome back. We’re at Issue #150 in our epic, Amazing Spider-Man reread — and lots has happened!

Last time, I warned that we were entering the final lap of the, ahem, amazing Gerry Conway run — and he closes out with a bang.

I’ve read that Conway hadn’t fully planned to leave, but had a disagreement with Marvel that led him to cross the aisle and start working for DC. Still, while the end of his run feels sudden, it also seems like Conway was given enough runway to at least tidy up a few plot threads — including finishing up the original Clone Saga, which saw the revelation that the Jackal was Peter’s science prof, Miles Warren; waved goodbye to the Gwen Stacy clone (apparently created thanks to an edict by Stan Lee, who was miffed about getting so many questions about Gwen’s death on his speaking tours); featured the demise of the Spider-Clone (Ha ha ha!); and made it clear that MJ and Peter were an item. 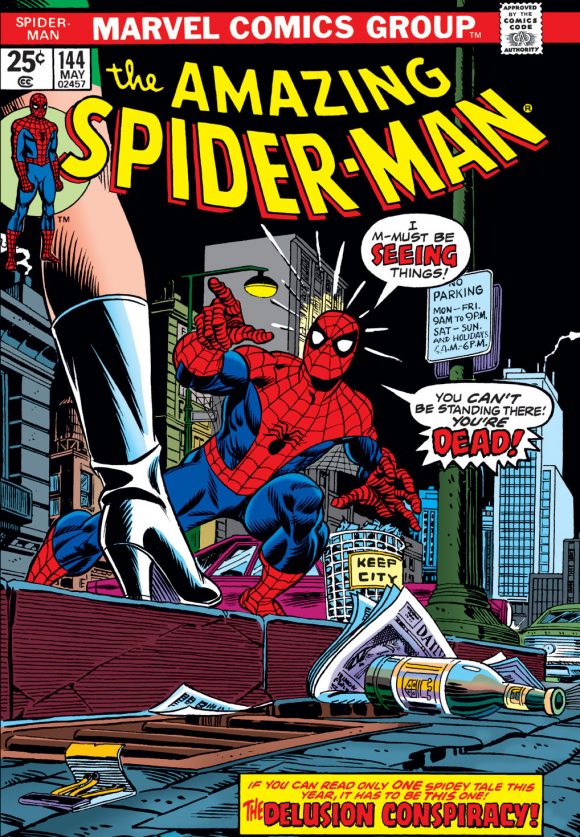 All were major elements of Conway’s run, and it’s really impressive how he was able to boil down the major beats of his three-year marathon and make the final issue tidy, emotionally impactful and just plain fun.

Now, a little context — when the clone returned to the Spidey books in the ’90s, I thought it made for an interesting story. At first. Then it kept going, and it started to seem clear what the writers/editors were trying to do — push Pete out, bring “Ben” in as the real Spidey. I wasn’t cool with that, and actually ended up dumping my Spider-Man uniform in the trash and reading other books for a while.

I eventually came back, caught up, and rejoined Pete’s adventures. But the second Clone Saga, which was not without high points, was also the first time I stepped back from the character I loved. I wasn’t sure if I’d enjoy revisiting the original clone stories as part of this re-read, but it was totally fine — and Conway’s pacing is brisk, his emotional beats effective and his characterization spot-on. The fact that he played the long game with the Jackal, and still managed to make the reveal powerful (and, I would think at the time, surprising!) really impressed me. The rock-solid Ross Andru art did not hurt, either! 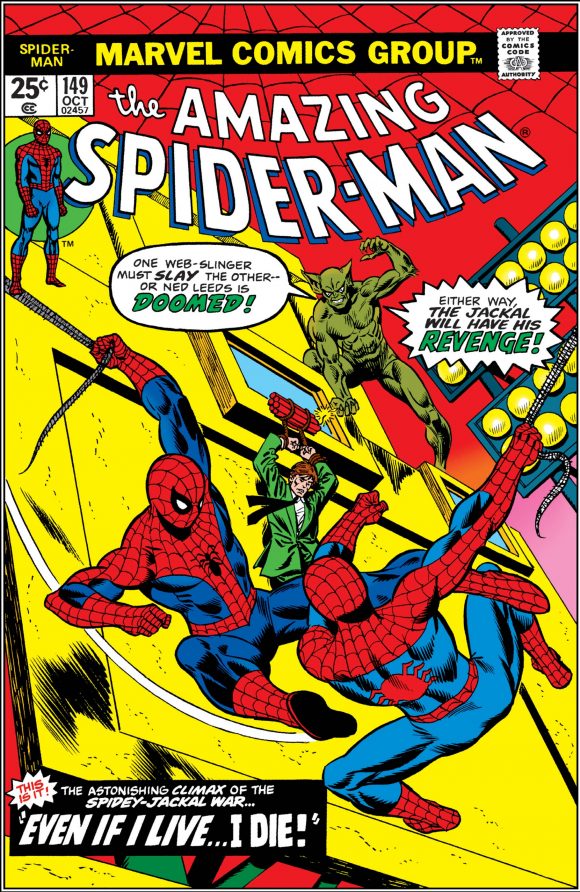 Conway’s said in interviews that his writing style is fairly organic — he leave crumbs for himself and then picks them up and plays them out as he goes on, which is interesting, because when you read these stories, it feels like the guy has it all mapped out: the Warren reveal; the MJ/Pete drama as the Gwen clone is introduced; and the Jackal’s machinations via other, secondary villains like Hammerhead, Scorpion, the Punisher and more.

And, dear reader, you might be asking yourself — wow, if he liked Conway so much, why did he keep reading after he left? Well, the truth is — I almost stopped! The feeling of a new writer was almost jarring, and though Archie Goodwin did a fine, workmanlike job in his Amazing Spider-Man #150 fill-in, concluding the Clone Saga with some pathos and emotional oomph, it still felt off and I wondered what Conway might have done.

But the new regular writer was no slouch, as Conway’s editor, Len Wein stepped in alongside Andru and his, in my opinion, best artistic partner, Mike Esposito. More on them later. 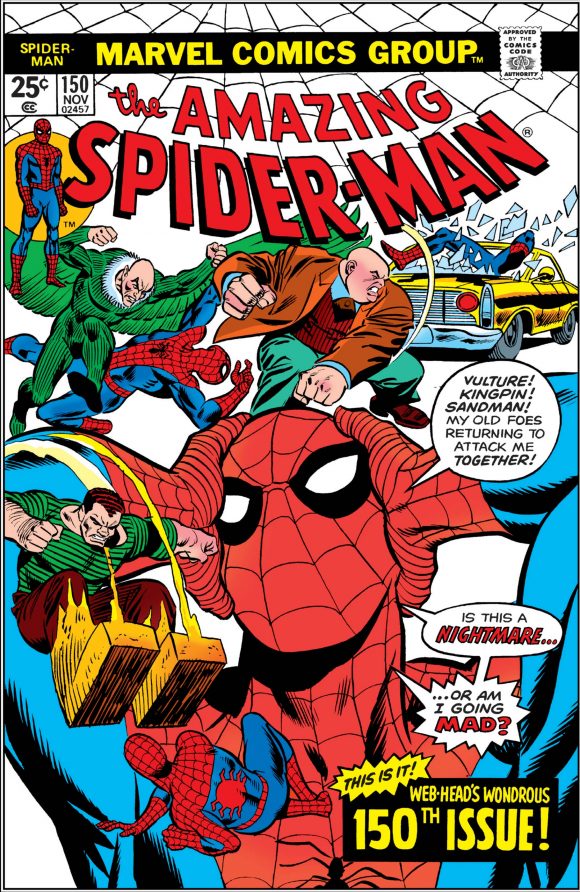