G.D. Kennedy takes a look as some new offerings from Image this week, including Wytches #3, Drifter #1 and Wayward #5. 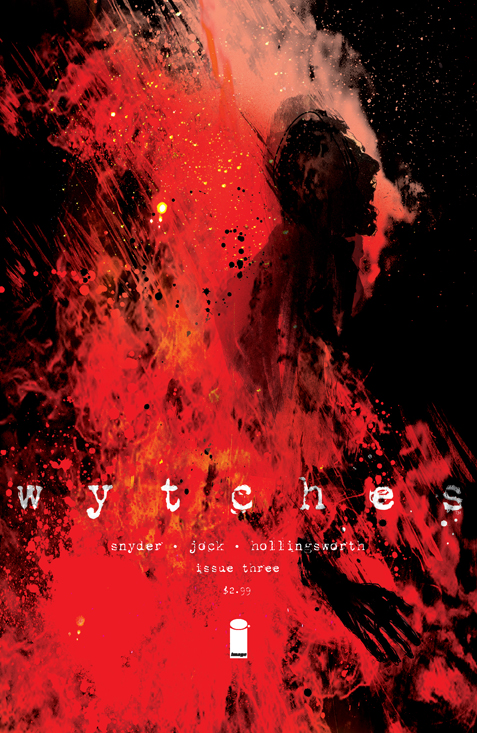 At this point, only three issues into Wytches, it has become readily apparent that the series is one of the best books being published today. That is high praise based on a small sample size, and something I am remiss to offer without a longer track record, but in this case, each issue of the series has managed to outperform the last, building to a compelling narrative based on archetypal fears and relatable characters. It may be too early to tell exactly where the series is going – in a recent interview, Scott Snyder made clear that this book will veer and change course and that we should not expect a linear progression, or even necessarily consistent characters – except that the series is about wytches, monsters, and the palpable anxiety that comes with uncertainty in the unknown (or, maybe more aptly, the known).  The real effectiveness of the series builds from a sense of dread that is percolating just under the surface, strange and obscured and just out of sight – like the wytches, who are always present but lingering just at the edges of peripheral vision – that is only highlighted by a sense of the character’s confusion and anxiety.

The third issue finds Charlie and Lucy Rooks looking for their lost daughter Sailor who, after having been acting erratically following a recent move, has disappeared into the woods, leaving only a school bus which she stole as a marker of her whereabouts. Snyder cuts between the search for Sailor and glimpses of the past, before Lucy was seriously injured in a car accident, when the family had been playing a game of hide-and-seek, juxtaposing the current state of fear with the more innocent, yet somehow chilling, game that the family was playing.

Much of the series plays on forcing the characters to question their own perception of reality and their own experiences, as when they claim to have seen things that are outside of the run-of-the-mill, they are met with skepticism and doubt, such as Charlie’s and Lucy’s disbelief at Sailor’s claims to have seen a dead antagonist stalking her in recent days. This is on display in the third issue, as Charlie, convinced that something has happened to Sailor, finds himself disbelieved by everyone, including his wife, who questions if he has been drinking, and the police, who placate him but, ultimately, encourage him to head home to wait for Sailor’s return. The series is a rabbit hole for the characters, and Snyder is forcing us down it with them, making the reader question whom to believe, whom to trust, and what the underlying truth may be.

Ultimately, in the wytches, Snyder and Jock have created terrifying monsters, dark creatures living in the forests, at the edge of humanity, waiting for our call to grant us our desires through tinctures and alchemy, but at a heavy price, the pledging of someone else who will ultimately be used by the wytches for their own ends (most likely dinner). But in some ways, the wytches are a straw men, a proxy monster used by Snyder and Jock to pull the wool over the audience’s eyes, because in the end, it really isn’t the wytches who are monsters, but the people who come begging to them for a boon, willing to sacrifice someone else to satisfy their wants, desires or needs. 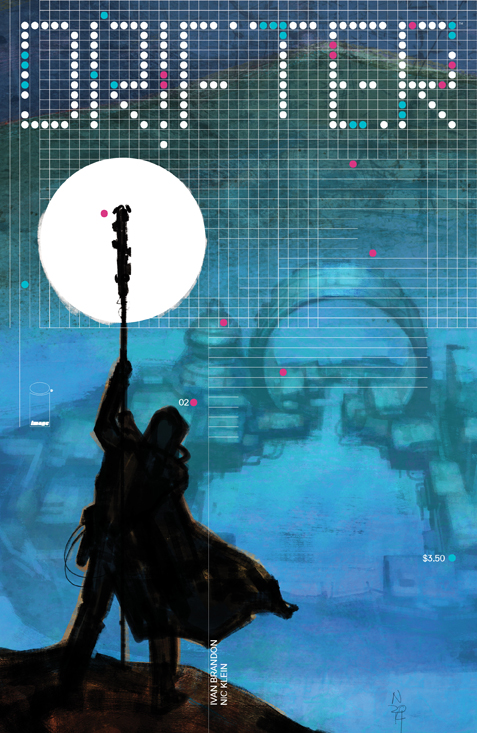 I think I have said it before (in fact I know I have), but the sheer number of space Westerns and space noirs being published by Image these days is daunting. Of these, East of West is heads above the rest – if it in fact falls into this category, though it is more dystopic “future” than “space,” but I digress – and the others fill in the ranks behind it in some order, with Copperhead standing a bit above the fray.

Drifter is another addition to this growing niche and at initial gloss it is unclear what sets it apart, as it checks the boxes for all of the genre elements: rogueish lead with a mysterious background, trying to piece together his past while begrudgingly helping the isolated and rag-tag one-space-horse town that has, also begrudgingly, taken our anti-hero in. The first issue was generally forgettable – the lead falling from the sky in a rocket and ultimately being rescued from both the crash and a mysterious figure attempting to kill him – with writing that felt constrained and somewhat stilted. But with the second issue, Ivan Brandon prose loosens a bit and he begins to find his own voice, if in fits and starts, that suggest that while the premise may not be novel, Brandon may nonetheless be able to carry the story with a compelling, introspective lead. The second issue offers the reader larger glimpses of the alien world, hints of the lead’s past, and begins to expose the mystery that is underlying the series (I reserve the right to revoke any and all tepid praise if the mystery turns out to be that our lead is a clone, was cloned, or has anything to do with a clone whatsoever).

What ultimately carries the book is the art of Nic Klein who absolutely shines when building the alien landscapes and other bizarre, otherworldly aspects of Drifter. None of this saves the book from a generic lead and a well-trod premise, but there are enough moments in the second issue that should give the borderline reader enough to keep reading, which, in turn, hopefully gives Brandon enough time to loosen the reins on his writing with more consistency, which will be required to sustain this book and pull it from miasma of similar series. 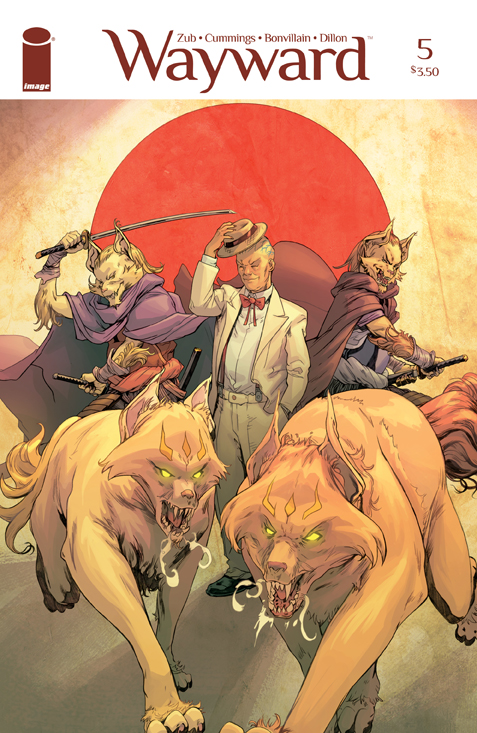 Wayward has been, if nothing else, a fun read, a story about a group of teenagers with magical abilities in Japan — principally Rori Lane, a recent immigrant of half-Japanese, half-Irish ancestry who has come to live with her divorced mother in Tokyo — who are fighting against ancient evil spirits whose ultimate aim is, as of yet, unknown. Jim Zub does a great job of building fun, teenage characters, and you can’t help but be drawn to Rori, who is affable and lonely and trying to find her place within the world. The fifth issue jumps off right from the end of the fourth, with Rori suddenly pulled away from the aftermath of a fight with evil spirits, called by the distress of her mother. The issue manages to combine constant action with some genuinely heart-rending moments, and continues to build on what has been to date a very enjoyable series. If there is any complaint about the series, it is that it is often so action-packed that it reads too quickly, and doesn’t spend enough time meandering over the characters who, other than Rori, are somewhat superficial.