It’s Wednesday, so let’s take a look at some of new books coming out from non-“Big 2” publishers this week. 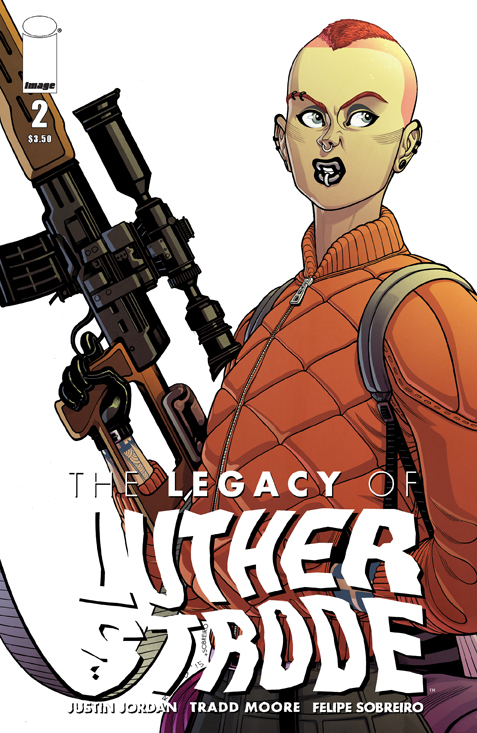 The Legacy of Luther Strode is the third – and allegedly final – installment in Justin Jordan and Tradd Moore’s Strode-ings, following The Strange Talent and The Legend of the titular character. For the unfamiliar, this series is a heartfelt ode to 1980s slasher flicks, twisting the genre by making the masked killer the story’s hero. It is awash in unmitigated gore, but also tells the story of two characters growing together in the face of unbelievable circumstances. It is also one of my favorite series of recent years, and at this point each new issue is bittersweet with the finish line so close.

Luther Strode started as a scrawny kid from a broken family who orders a strong-man training program from the back of a comic book – the Hercules Method – which, unlike the Charles Atlas ads that littered the back pages of so many silver age books, actually works, at least for a select few people. But besides simply growing muscle, Strode begins to gain incredible control over his body, such as healing with the power of concentration, but also finds himself beginning to have violent impulses, viewing the people around him as little more than meat and bones.  Strode learns to control his urges after many a limb is rendered – much with the help of Petra, his high-school girlfriend turned comrade, who is enthusiastic and impetuous and a nice foil to Strode’s often dour and humorless personality.  He also discovers that there are other adherents to the Hercules Method, but they are universally vicious S.O.B.s; in the present arc, the story has grown in scope from a small-town horror story to a globetrotting adventure, as Strode and Petra are hunting down these others learning that the mystery behind the Hercules Method is much larger and deeper than they knew, all of it deeply rooted in Christian mythology. This week’s issue finds Petra and Strode in the some forsaken frozen Russian tundra, looking for a hulking behemoth known as the Gardener.

What ultimately makes this series tick is the combination of Jordan and Moore, who work off of each other impeccably. Jordan has a natural talent for building characters subtly, inching them along without you even noticing, until suddenly you look back and realize that the character has completely evolved in just a few issues, all in a way that feels very natural. What makes this particularly impressive is that he does this in the midst of what is almost non-stop action, which is something that I normally find to be tedious and a detractor, but Jordan makes work. Ultimately, despite all of the surrounding noise, this series is the story of a growing up, and it is a love story, and Jordan manages to make this series incredibly tender in spite of – or maybe because of – the chaos that exists constantly throughout.

But this series doesn’t work without Moore, whose art, like Jordan’s characters, is evolving issue by issue — a fete in its own right considering how top-notch Moore’s art has been throughout.  Moore’s artwork has always been fantastic, an incredibly detailed style with cartoony elements, constantly frenetic but always clear and filled with effortlessly clean lines even in the midst of constant movement.   And as the series has grown, so has the scope of Moore’s work, as in the third volume he begins to explore sweeping landscapes and incredibly rendered scenery, like in this week’s issue the snowy forests of remote Russia and a pathway made of skulls.

In the end, Strode is one of the most engaging books of the last few years, with addictive characters that are brought to life by a superb creative team.  The series is not for the feint of heart, but for those who don’t mind some blood-soaked reading, the book should not be missed. 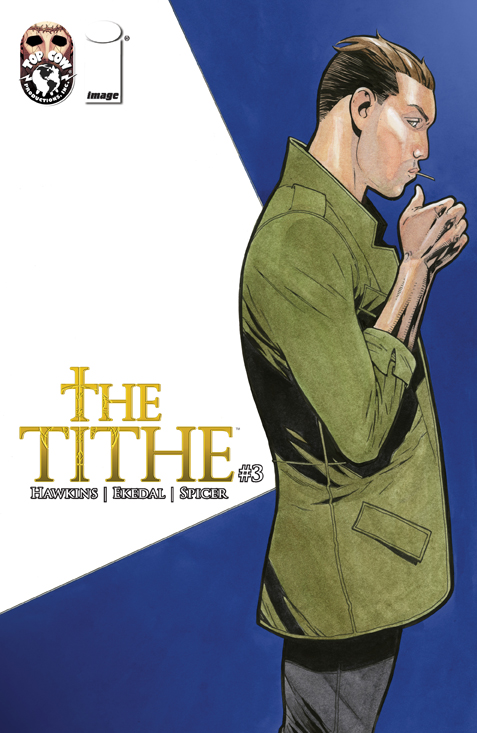 The Tithe reunites the creative team from Think Tank, a series on an increasingly lengthy hiatus (although reports have it returning later this year) that explored the military industrial complex and the moral ambiguities throughout. In The Tithe, Matt Hawkins and Rahsan Ekedal again refuse to shelve political discourse, this time examining the business of religion, and in particular the serious hypocrisy of evangelists and televangelists who abuse the trust of their congregants to extort personal wealth from the needy through the gossamer veil of faith. The basic premise of the series is that a group of “criminals” have taken to playing Robin Hood with mega-churches, robbing them of the funds finagled from constituents and then donating these monies to charities. At the same time, these thieves are pursued by federal agents, who are forced to face the morality of their own actions in defending predatory corporate actors, as opposed to supposedly righteous criminals.

Where Think Tank was an exposition on the breadth of the scientific endeavors of the military, densely cited to sources and weaving in contemporary science, the Tithe is somewhat less dense, a more direct story with clear heroes and villains, even if the characters don’t realize it yet. This is not necessarily a negative, just different as ultimately the Tithe is an entertaining series which brings to light practices that some may not be common knowledge. It is well-written – Hawkins’ work rarely is not – and it is smart and thought provoking, and moves along nicely. The series recently was announced as an ongoing title – it was originally scheduled as a mini-series. – so it will be interesting to see where the series ultimately goes, as the concept seemed destined for a concise story. 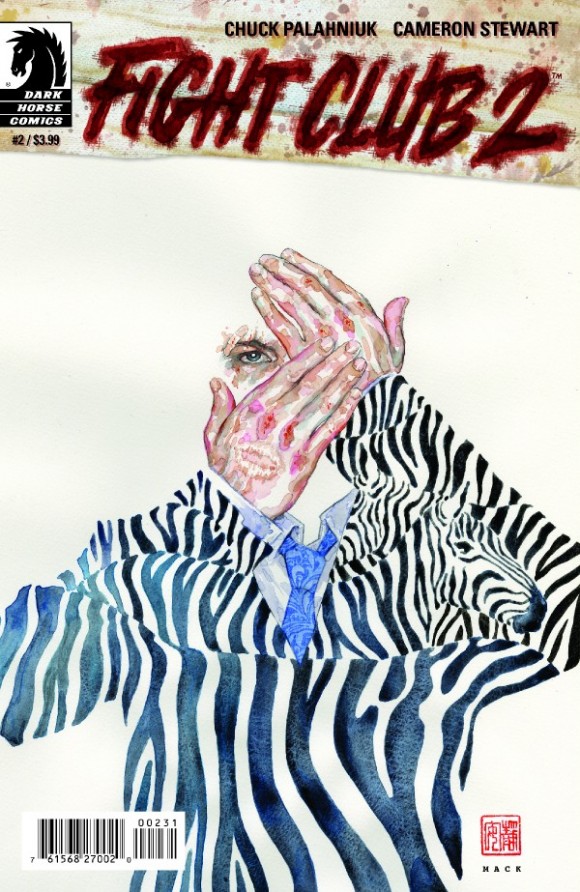 When Dark Horse first announced that Fight Club would be getting a sequel, I was apprehensive: was this something that needed to happen? Weren’t the book and original film enough to stand on their own? What new ground could a new series cover? Fight Club 2 is now on its second issue, and I would be hard pressed to say that any of the concerns were misplaced. So many sequels at their best, revisit themes and ideas previously put down on paper on and played out, and don’t necessarily need further exposition; the marginal cost of added value to the original is limited in light of the potential damage to the integrity of the original.  Fight Club 2 wanders down much the same path: protagonist Sebastian is struggling to accept the plight of his mid-life crisis, his urban apartment replaced by the suburban doldrums with Marla, who is back to visiting group counseling sessions for victims of rare diseases, and a young son, all while Tyler is pushing at the seams of Sebastian’s consciousness, straining to break free. None of this is to say that Fight Club 2 isn’t an enjoyable read, that it isn’t well-written or that it isn’t worth picking up, or that Chuch Palahniuk hasn’t captured much of the essence of the original, but rather you just shouldn’t expect something new or fresh, except for maybe the realization that your mid-life crisis will be awfully similar to your 1/3-life crisis