Comics For a Cause: SUPERHEROES FOR HOSPICE Raises Funds and Awareness

Home » CONVENTIONS AND EVENTS » Comics For a Cause: SUPERHEROES FOR HOSPICE Raises Funds and Awareness

If you’ve spent any time around the comics scene in the metropolitan New York area, you’ve come across mention of Superheroes For Hospice, which uses comics and comics culture to raise money for hospice care.

Here’s how it all came about: 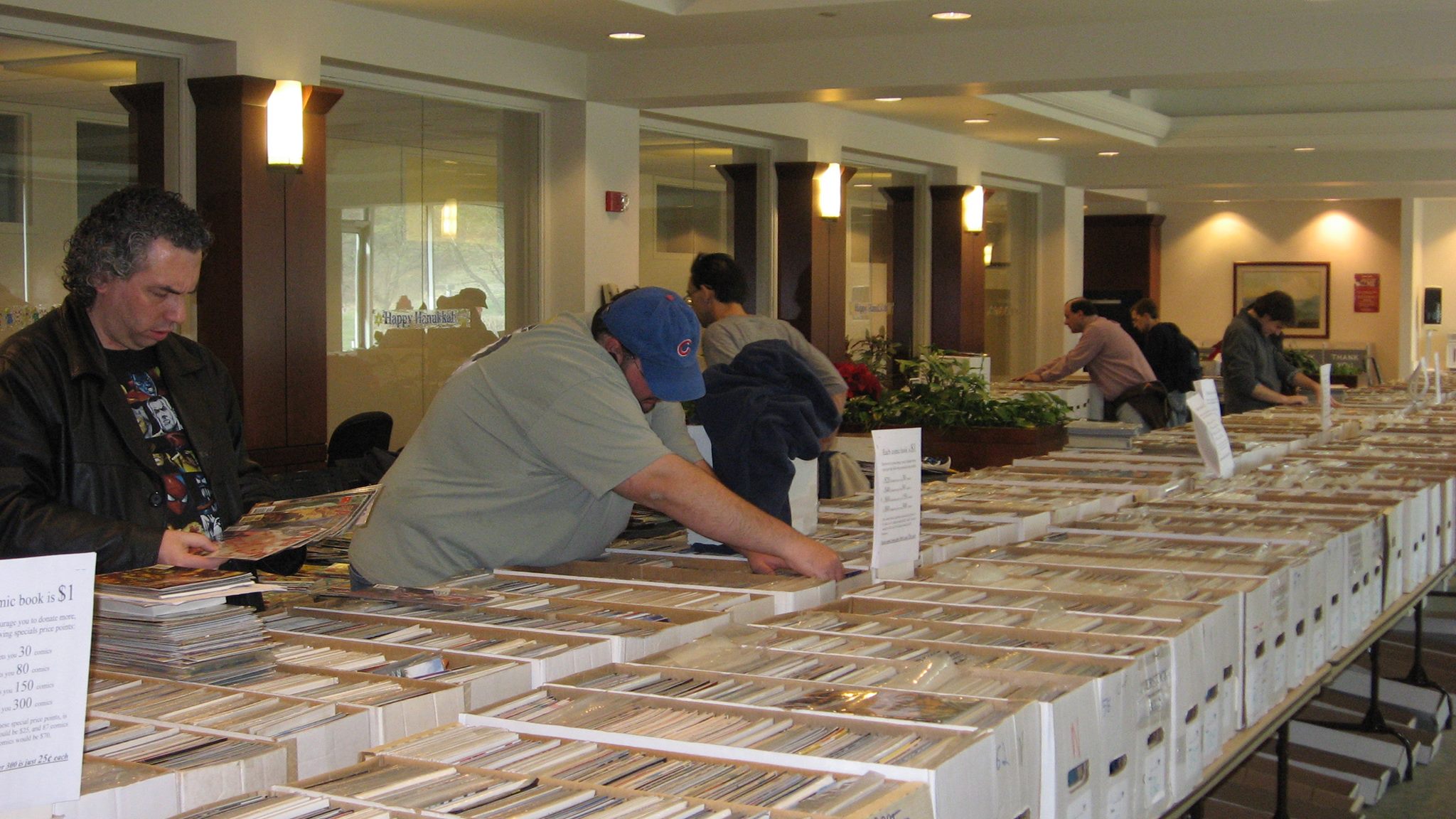 “I’m a volunteer coordinator with Barnabas Health Hospice and Palliative Care Center, and since I deal with others who give their time to the agency, I thought I should find a way to give back, too,” Ballas said. “Since I’m not employed to do fundraising, I can volunteer in that type of activity for the agency; there are rules that govern such stuff.

“Anyway… I had just finished releasing two double-CD collections of “aletrnative-ish” holiday music, that featured artists like Better Than Ezra, the dBs, Graham Parker and cuts from members of the Smithereens and the Police (along withsongs from a lot of local artists) and I was thinking of what I could do next.

“I soon received a call from my sister who was selling our childhood home and she said it was time to ‘get rid of the boxes.’  Now I knew I wanted some of them, but there were others that I didn’t want. At about the time I was contemplating that, I heard on the radio (I have a long commute and listen to too much radio) a commercial for 1-800-Kars-4-Kids and thought, ‘If people donate cars, why not comic books?’ 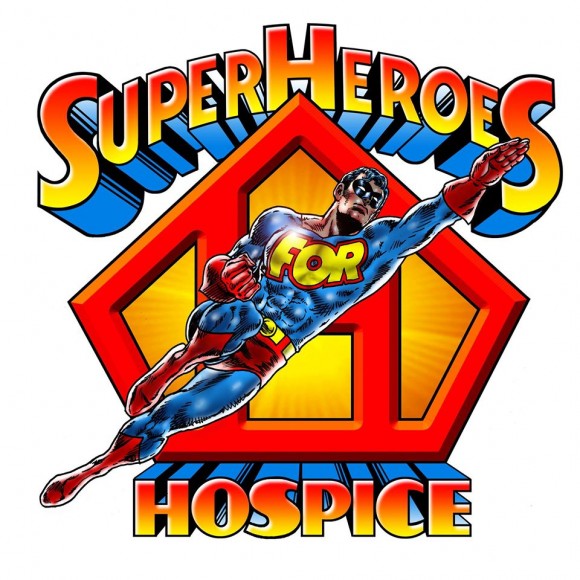 “So, with that little storm of confluences, I developed it, wrote a proposal of how I thought it would go and went to our development director for the OK, which she obviously did,” he added. “That was in late 2008 and by early 2009, I started announcing our call for comic book donations and our first show was scheduled for that summer. The project has steadily grown since and, at the end of our last sale on May 31, we raised a total just over $75,000.”

It’s a show that features a ton of donated items and nearly two dozen comics creators.

“Technically, there are just two dealers: the comics and related items donated to Superheroes For Hospice, and a guest dealer to feature older books, from the ’50s to ’70s. The Superheroes For Hospice collection is over 500 long comic book boxes, which does not include magazines, graphic novels, and kids’ comics; we have additional boxes with all those.

“We do have about 10 long boxes of ‘higher-end’ material too, which means older and more searched-for comics and they are still priced to please, but at higher rates,” he said. “However, the majority of the comics will be priced for $1 and can get as low as 25¢. The more you get, the cheaper the comics get. All companies will be represented, though the two largest groups are Marvel and DC, but we have a ton of independent books from Dark Horse, Image, Dynamite, IDW and many other companies: from Archie to Zenescope. 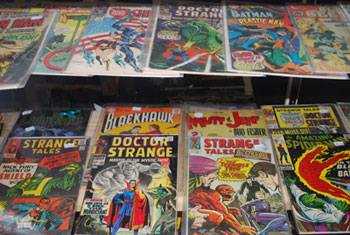 Pix from past shows

“Fans can look forward to a day of browsing and hopefully, picking up issues that fill their runs or that they can now try because they are at a reasonable price,” he said.

“We will also have a toy vendor, to add something for those that are into that. There is plenty to look at. People should come early and leave themselves time to browse.”

The show runs 10 a.m. to 6 p.m. on 11/8. Admission is free. It’s at the Barnabas Health Corporate Office, 95 Old Short Hills Rd., West Orange, N.J. It’s directly across the street from Saint Barnabas Medical Center, but NOT the Atkins-Kent Building.