What better way to celebrate STAR WARS WEEK than ask a bunch of our favorite comics folk to pick their favorite elements of Star Wars? The criteria was wide: It could be a scene, an action figure, a comic, you name it. Here’s what they said:

My uncle took my brother and me to see Star Wars the day it came out. I had no idea what I was going to witness and how it would change my life. I think I watched the entire movie with my jaw dropped — it was the most amazing thing I had ever witnessed.

When we got home my mom and dad couldn’t understand my babbling about the movie, but went along with my many pleas to buy me toys, join the fan club, and take me to the flea market to trade my extra cards I had purchased with “the guy.” 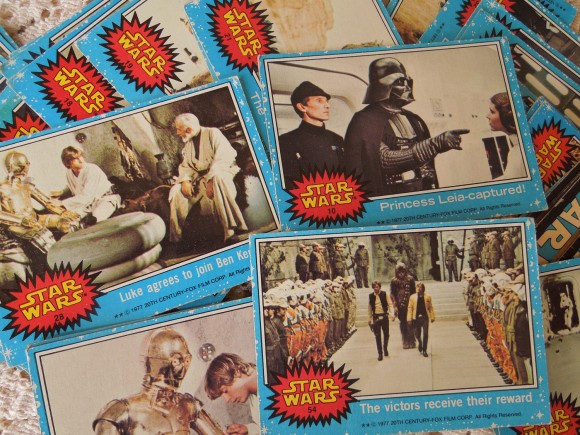 Since this was way before VHS, DVD, Blu-ray, or movie downloads, when the 8 mm clip came out, my dad bought it for us. It was heaven. My parents said we could have a few friends over the next day to watch it. Weren’t they surprised when the entire bus of kids got off at our house to watch it. We couldn’t help it — how could we deny Star Wars to anyone?

The film only showed a few scenes but key ones were there — Princess Leia confronting Darth Vader; R2 and C-3PO arguing; the dog fight with Han and Luke. I must have watched those clips over a hundred times just in the first week. Times haven’t changed much. Remember the minute-and-a-half Star Wars trailer that was put out on Black Friday? I spent an hour watching and re-watching that. 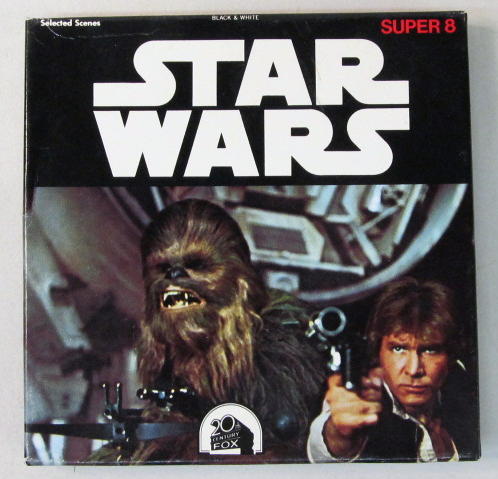 Star Wars changed my life and not a day goes by without me thinking about it, referencing it, or reading/watching something to do with it. Some may think that makes me immature — I think it just makes me happy.

I’m near the tail end of first-generation Star Wars fans. I can clearly remember seeing Return of the Jedi in theaters, and with two older brothers I certainly saw Empire Strikes Back.

But more than the movies, Kenner action figures were hugely formative. This was the Star Wars to which I had every-day, unlimited access. Looking back, I invented long-running mythologies where Snaggletooth and Bossk were close partners. Gamorrean Guard was singular and had personality. Squid Head: a profound Jedi Master.

Fast forward and I’m with my 5-year-old at Forbidden Planet NYC. She recently watched the original trilogy for the first time — but isn’t familiar enough to clock exactly who/what the enormous Star Wars figure was (the scaled-up Wampa by Gentle Giant Toys) staring at her through the showcase glass. 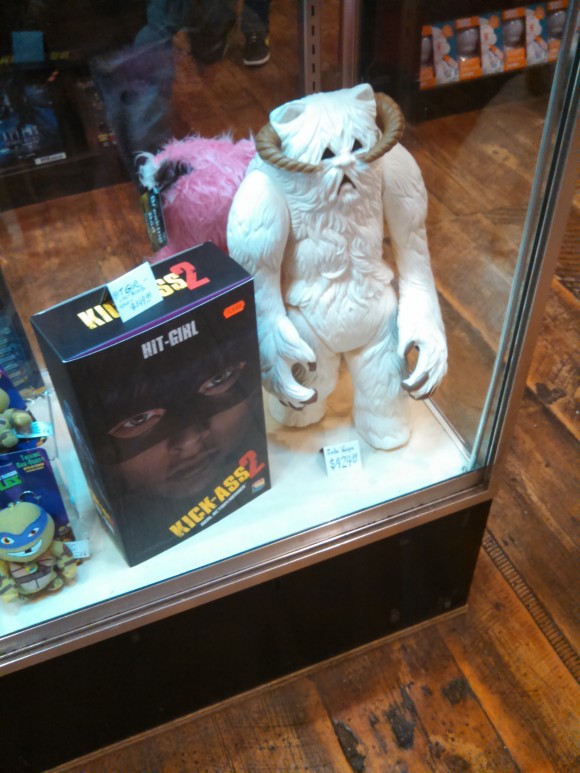 She called it Yeti Cat, and that name alone is already a far more interesting expansion of the character than anything in continuity.

The circle is now complete.

Without a doubt my favorite Star Wars thing is/was the Dark Forces video game. My buddy Ryan Dunlavey had it when we first moved in together in New York and I would drive him crazy hogging his computer to play it. There was something about the first-person shooter combined with the Star Wars environments that made it the first video game I really fell in love with, and I’m still a gaming addict and a writer of games today. 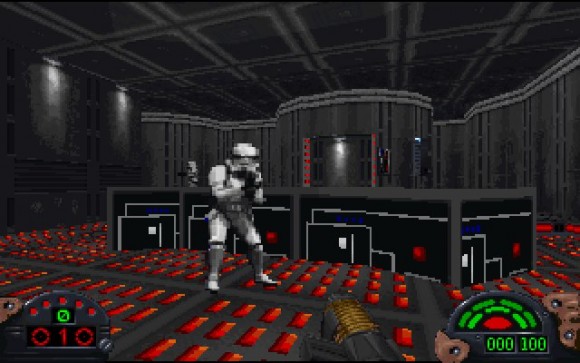 I was too young to see Star Wars or Empire Strikes Back in theaters, but 8-year-old Jim was intensely excited about Return of the Jedi on opening weekend. How excited? Well, when my brother and I went to go visit my grandparents, we convinced them to take us to a matinee screening in the afternoon while out at the mall. Then, when my parents picked us up and we headed home, my Dad surprised us with his plan to go see the early evening screening the same day. My brother and I kept our lips zipped and didn’t tell him we’d already seen the movie so we could watch Jedi twice in one day. Good times. 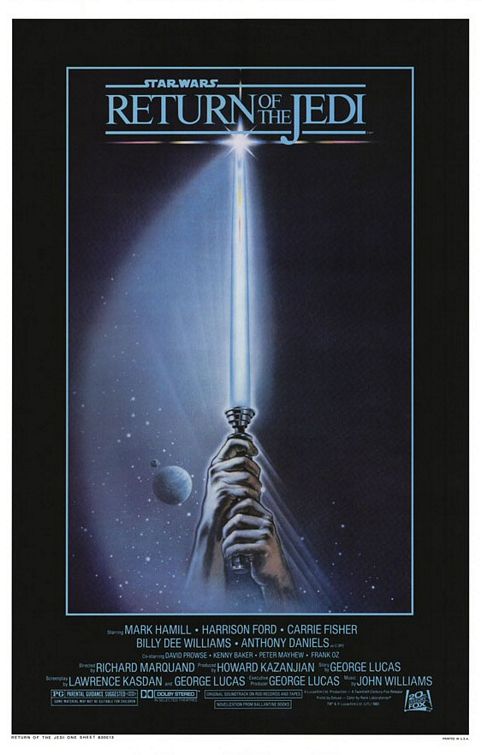 I was the perfect age, 11 years old, when Star Wars came out in 1977. Seeing that movie, and being swept up in the mania that overtook the country that summer, very literally changed my life. I mean, I have a life-size Darth Maul statue in my basement, OK? 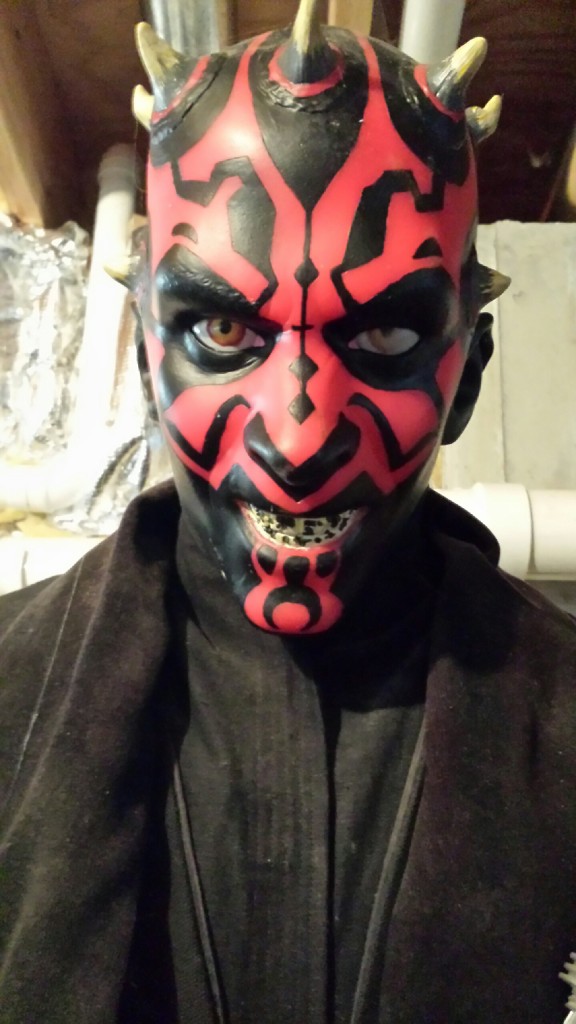 I have so many Star Wars memories — seeing the toys for the first time in a department store, and begging my mother to get me a Luke Skywalker action figure and a Landspeeder (she did); riding my bike to the neighborhood deli multiple times a day to buy packs of Star Wars trading cards, stale gum and all; waiting for a Darth Vader iron-on decal to be affixed to a pale blue T-shirt for me in a store at the first indoor mall in our town.

But two things stand out in my mind more than any other. The first is from the first time I saw Star Wars in the theater. You have to remember than it didn’t open everywhere at once in 1977, there simply weren’t enough prints to go around. So if it wasn’t in your town right away, you had to wait, and the anticipation was enormous. When it finally did arrive in my hometown, I saw it in a packed theater, sitting in the 10th row or so. The opening crawl went by, and then the Star Destroyer flew over my head for what seemed like three days. I sat there slack-jawed. I’d never seen anything like it in my 11 years. That moment is imprinted on my brain like only a few other moments in my life.

The other memory is much more recent, from my time writing Star Wars comics for Dark Horse. I was offered the opportunity to write the lead story in the first issue of the Star Wars Tales anthology, which for me meant that it HAD to be a Darth Vader tale. The artwork by Claudio Castellini was magnificent, and his Vader is still, as far as I’m concerned, the best one ever drawn in comics. When I got my proof copy, reading my words married to the exquisite artwork was almost an out-of-body experience.

More than 20 years after seeing the movie, having my dialogue coming out of the mouths of these characters was very literally a dream come true. 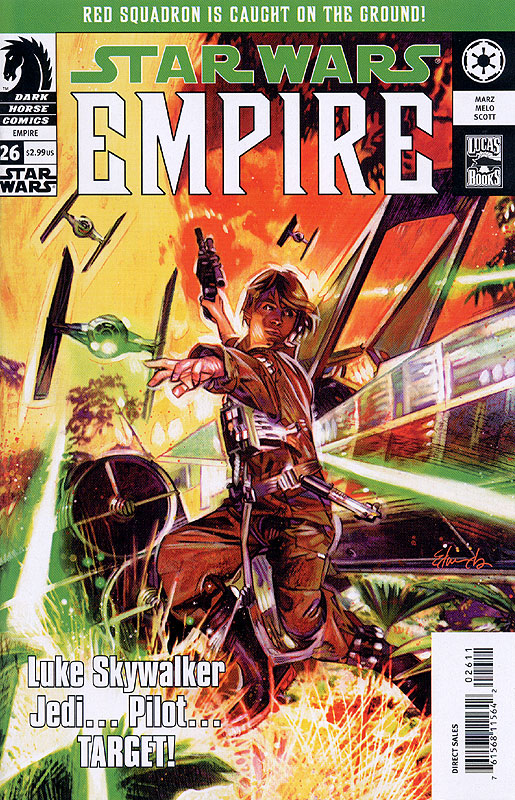