An unorthodox solution to an unfortunate situation… 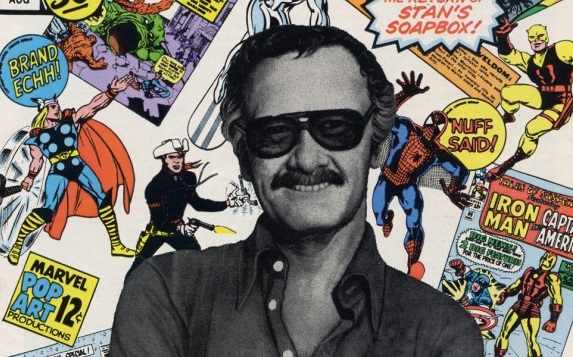 Stan Lee — how I prefer to think of him.

You’re probably aware of two stories about Stan Lee that have surfaced in the last several days:

The first is just how miserable the 95-year-old Lee looked at last weekend’s Silicon Valley Comic Con and the second is The Hollywood Reporter’s takeout on Lee’s troubling family and financial situation. (Click here to read it. It’s grim but important.)

In the aftermath of all this — which is really just the latest in an ongoing saga involving Lee’s health and finances — fans have been calling for help for the co-creator of the Marvel Universe.

I can’t speak to which camp is right in Lee’s personal world and which camp is wrong, given the charges and countercharges that are being fired back and forth. One way or another, I hope that there’s some type of formal investigation into any possible financial shenanigans or, even worse, elder abuse.

But there seems to me to be one way to help Stan Lee from the outside: Stop hosting him at comics conventions.

I know that sounds crazy at worst and unrealistic at best. But it would be a remarkably selfless and compassionate thing for show promoters to do — whether we’re talking San Diego Comic-Con or a smaller, regional show.

Just look at this video posted by Bleeding Cool:

A lot of older creators hit the convention circuit to make ends meet. By all accounts, however, Lee doesn’t need the money. His estate is believed to be in the $50 million to $70 million range, according to the THR report. And by any reasonable measure, he did not appear to be enjoying himself at last weekend’s convention.

So why continue bringing him out — and why provide a forum where there’s a chance he might be getting taken advantage of?

Now, perhaps that was just a rough weekend for a man fresh off a bout of pneumonia who’s closing in on 100. Perhaps he’ll bounce back at the next show because he still loves being among the fans. (UPDATED: For his part, Lee on Thursday angrily defended his situation in a video on TMZ. Click here.)

The problem is there’s no way to know for sure this is what Lee really wants, given the contradictory messages coming from those who’ve dealt with him personally since the death of his wife Joan last year. 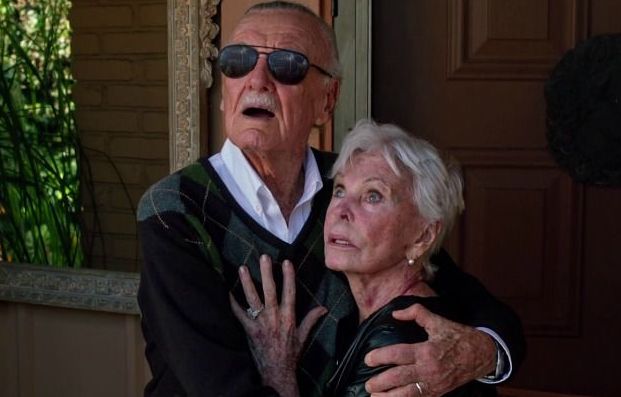 That brings us to the classic question: Who benefits? Who stands to gain by Lee’s continued appearances?

The fans? Sure. Lee is beloved by millions — though I’m sure there are some heart-hardened folks out there who are experiencing feelings of schadenfreude given the longtime allegations that the former Marvel chief was a glory hound who tried to downplay the contributions of his fellow creators.

His handlers? Yes, his handlers benefit. Doubtlessly. Whether that’s legitimate or not is for the lawyers — and probably eventually, the courts — to decide.

But does Stan Lee personally benefit? Impossible to say.

I recognize that this is not necessarily the responsibility of convention organizers, but what if a brave promoter came out and said, “We love Stan Lee. We admire everything he’s given to the world of comics. But we just don’t think it’s in anybody’s best interest to put him in such an obviously uncomfortable position.”

Or, failing that, maybe at most bring him out on stage for a brief valedictory so people can give him one last standing ovation. 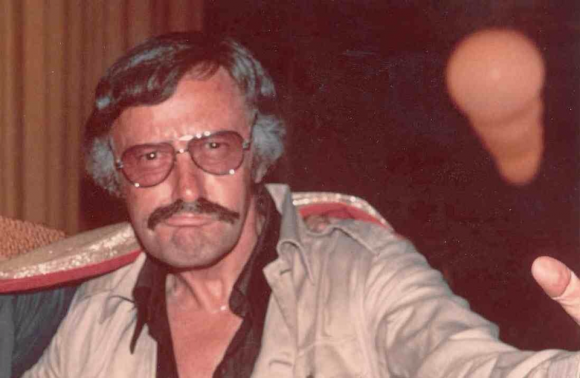 But allowing person after person, collector after collector, fan after fan, to line up for autographs, handshakes and photos in what appears to be overwhelming to a 95-year-old man?

Well, it may be capitalism but that doesn’t make it right.

Curtailing these kinds of appearances is just one piece of the puzzle and it wouldn’t solve everything. But it could help ease the pressure on Lee himself and perhaps mitigate some of what seems to be going on around him.

And as far as the fans go, I get that people want to meet their heroes up close. But the way I see it, there’s a better way to pay tribute to Lee than queuing up for hours to briefly shake his hand, get him to sign your Captain America shield or have your picture taken with him when he looks like he’d rather be anywhere than right there that moment.

Instead, read his comics. Talk to your friends about them. Preserve — and even argue about — his legacy. Celebrate his work.

You don’t need to crush into an exhibit hall to tell him what you think of him and his contributions to our favorite art form.

Because if he’s at all lucid, he already knows.

And if he’s not, then shame on all involved.