I’ll be at the party for the launch of season 3 of Comic Book Men. It’s just around the block from my home in Red Bank, so I’ll hobble over there. Hobble, because I’m a wreck from walking NY Comic Con for the past few days.

It’s no secret that the cast of Comic Book Men are friends of mine. I’m a recurring guest on Mike Zapcic and Ming Chen’s podcast I Sell Comics , and my partner in Asbury Park Comicon and NY Comic Fest is Robert Bruce, who appears quite often on Comic Book Men and is some sort of producer with the show. 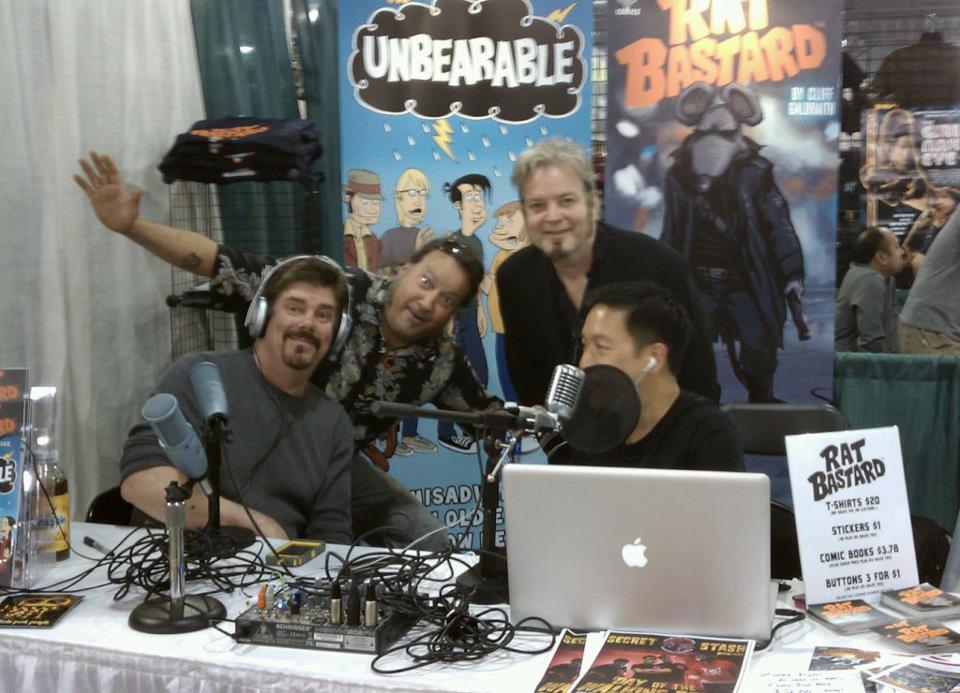 Mike Zapcic, Robert Bruce, me (Cliff Galbraith) and Ming Chen ham it up at the Crucial Comics booth at one of the many cons we’ve done together.

So expect a few exclusive photos of the party here on Monday morning. 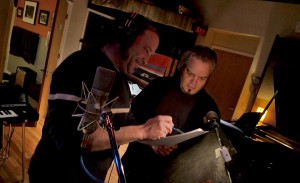 Robert Bruce and me recording voice-over for a TV commercial for Asbury Park Comicon 2013.