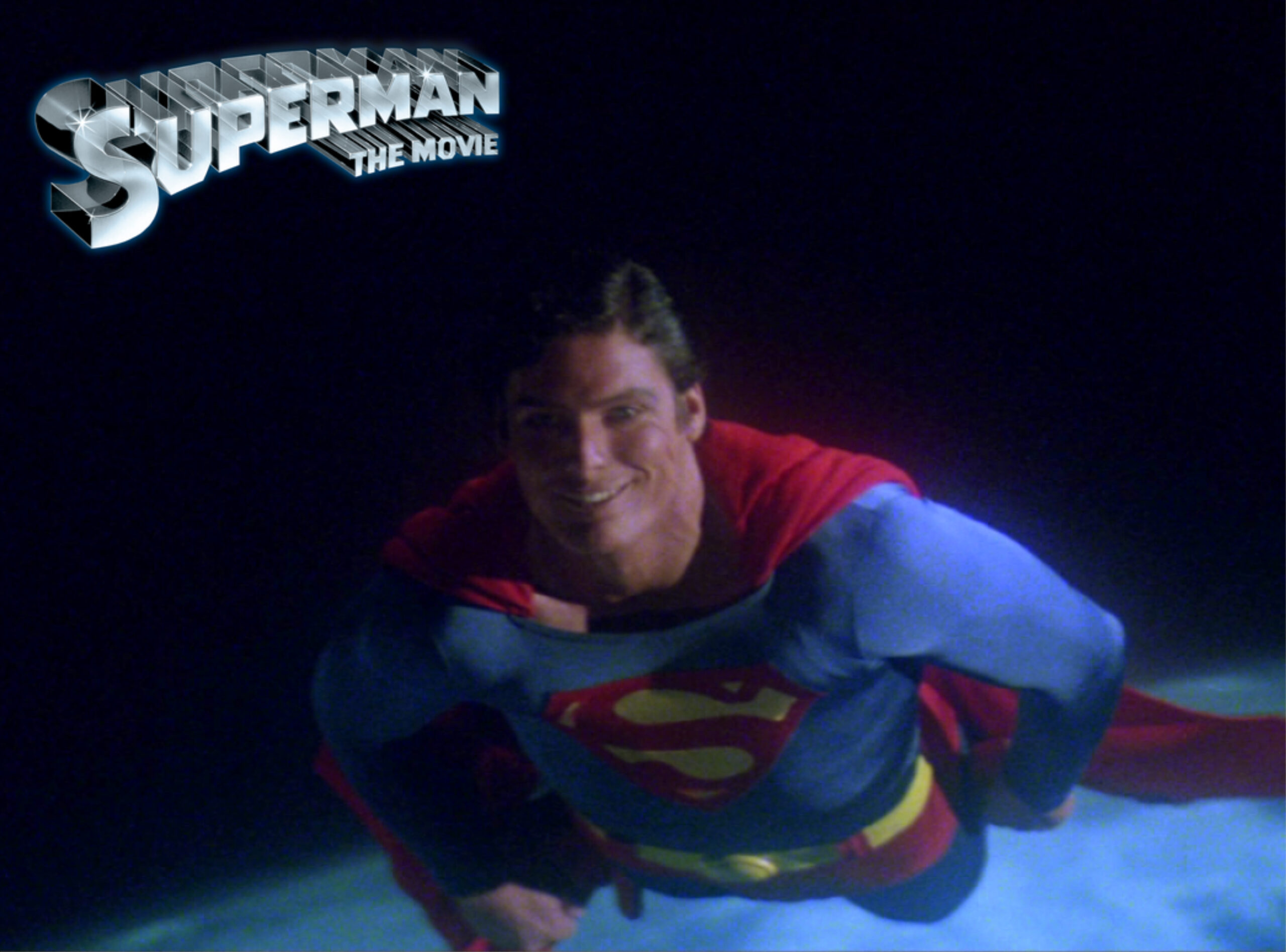 The late Christopher Reeve was more than Superman. The late actor, who was born 70 years ago, starred or co-starred in 13 additional major motion pictures in his too-short career. Reeve’s versatility wasn’t always exploited but his acting chops really stood out when he was cast against type. Following his starring role in Somewhere in Time, he did quite a few period films, comprising nearly half of his non-Superman films.

Watching the actor’s body of work is a bit difficult unless you want to purchase some of his films on DVD. A few films can be streamed  or you can do what I did, which was visit my local public library and request many inter-library loans of his films.

After watching all 13 of Reeve’s non-Superman major motion pictures, here’s my ranking of the TOP 13! Wait, wouldn’t that have been all of them? Well, Chris did quite a bit of television work as well, so I swapped out two flicks with non-theatrical releases.

13. Gray Lady Down (1978). Reeve’s first major motion picture role was as a supporting player in this film starring Charlton Heston and Stacy Keach. Reeve self-assuredly played Keach’s aide-de-camp and ably demonstrated his acting chops in his first foray. And he shares one scene with Ned Beatty, who would shortly join him as the bumbling Otis in Superman: The Movie!

12. Above Suspicion (1995). Released on HBO just six days before Reeve’s tragic horse-riding accident, this film has the coincidental distinction of the actor playing a quadriplegic former police detective after an accident. Joe Mantegna plays a rival detective who thinks Reeve is faking it. 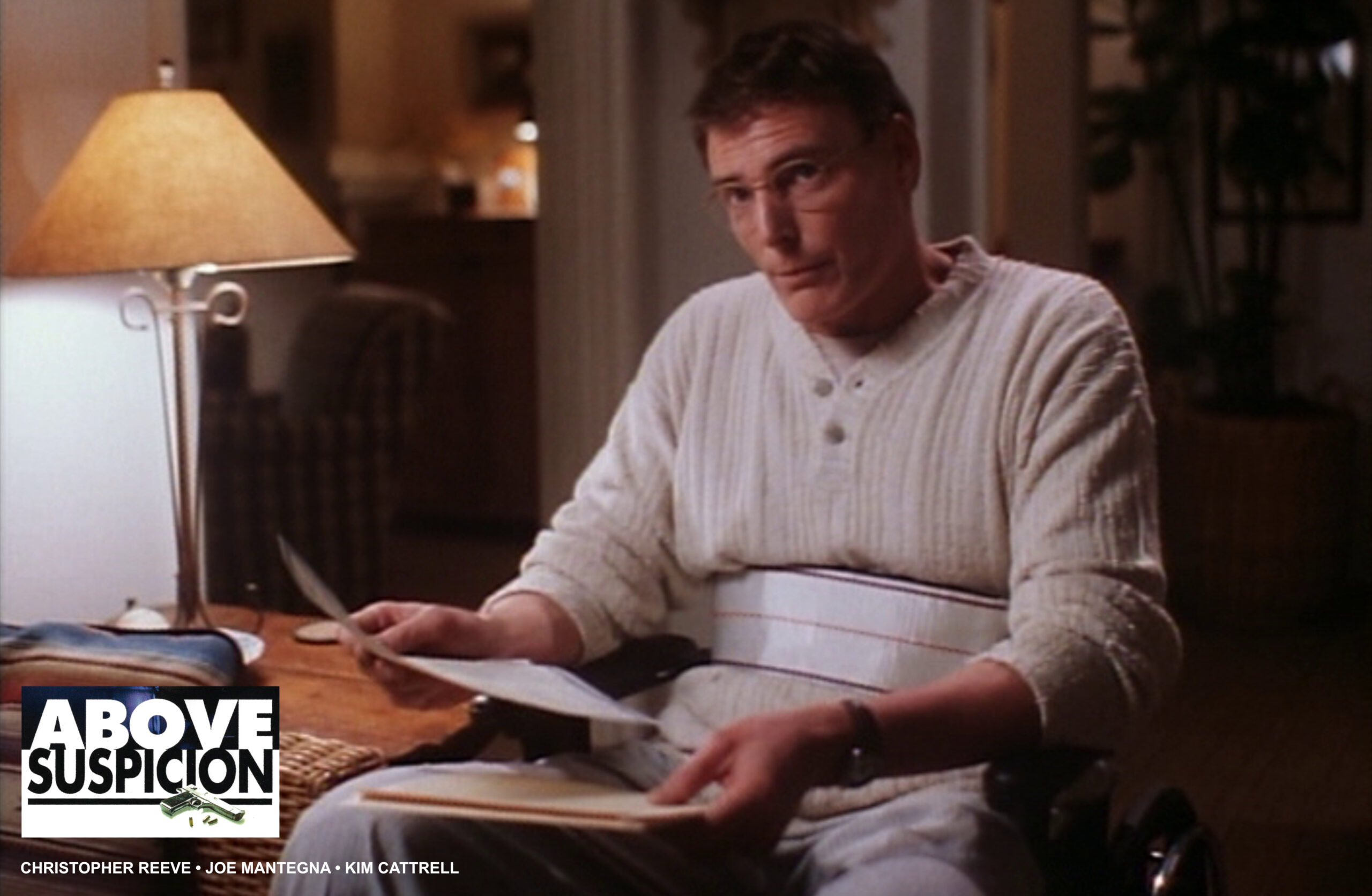 11. The Aviator (1985). Reeve plays a sullen, loner U.S. pilot flying mail from Nevada to Idaho in the late 1920s. He is tasked with flying a spirited 17-year-old girl to Idaho but the plane crashes in the mountains and they need to survive while hoping for rescue. 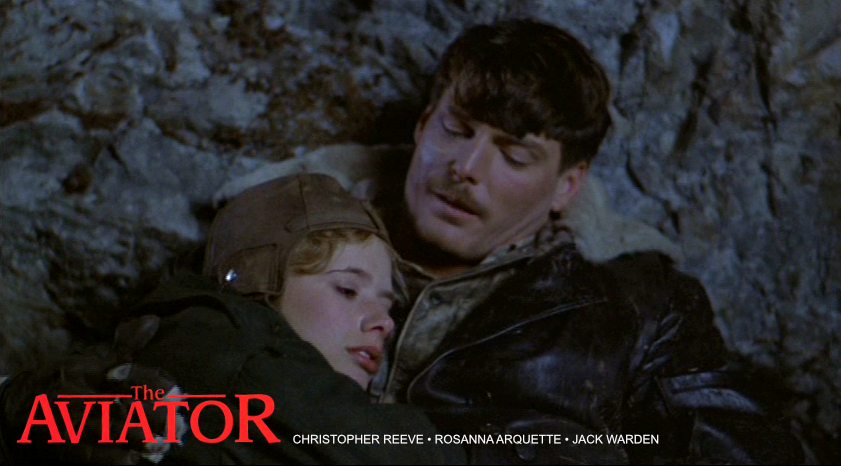 The film so-stars Rosanna Arquette and features Jack Warden and Scott Wilson. While it failed to find box office success, it’s a decent turn for both Reeve and Arquette. The actor was an accomplished pilot and appears to actually fly a plane in at least one scene. And he sports a mustache years before Henry Cavill did!

10. Morning Glory (1993). I really wasn’t expecting much from this movie written by and co-starring Deborah Raffin and was pleasantly surprised. Set just around the start of America’s entry into World War II, Reeve stars as a newly released, convicted murderer in the rural South who answers an advertisement for a husband. Reeve’s natural exuberance is subdued as he plays a weary, beaten-down con who slowly comes into his own with the help of Raffin’s character. 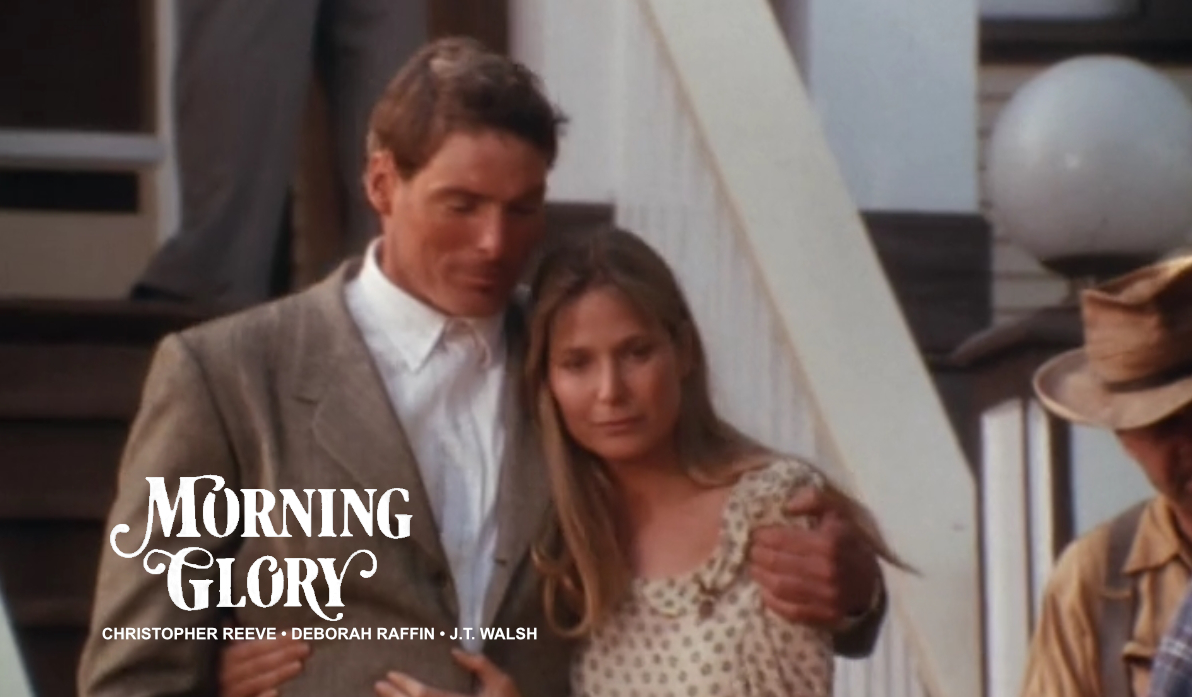 9. Monsignor (1982). This movie has it all! It’s a period piece that’s also a war movie and a Mafia movie and a love story that’s also filled with Vatican intrigue! And that love affair is between Reeve, playing a Catholic priest with questionable morals, and a postulant nun-to-be played by Geneviéve Bujold, who in real life was 10 years his senior but ended up playing about 5-10 years younger. Plus Reeve gets to wear a cape! 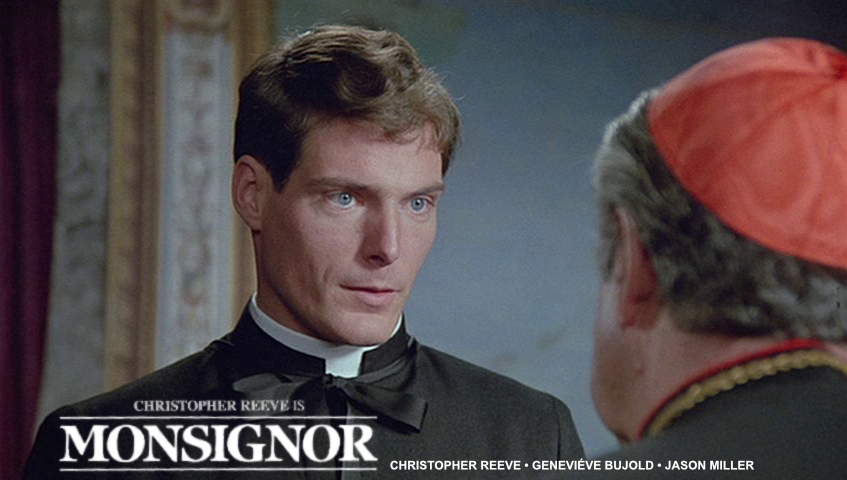 It was a box office dud; even John Williams’s score was nominated for a Razzie, but I enjoyed it.

8. The Remains of the Day (1993). Reeve has a small but pivotal role as a U.S. congressman in pre-World War II England who tries to persuade the gentleman politicians, a few of which were Nazi sympathizers, to leave the politics to real politicians. The movie centers on the relationship between the head butler and head housekeeper of Darlington Hall, played by Anthony Hopkins and Emma Thompson.

7. Switching Channels (1988). In this romantic comedy, Reeve plays against type as a sporting goods tycoon romantically interested in a Chicago TV reporter played by Kathleen Turner, who is divorced from her station manager boss, played by Burt Reynolds. 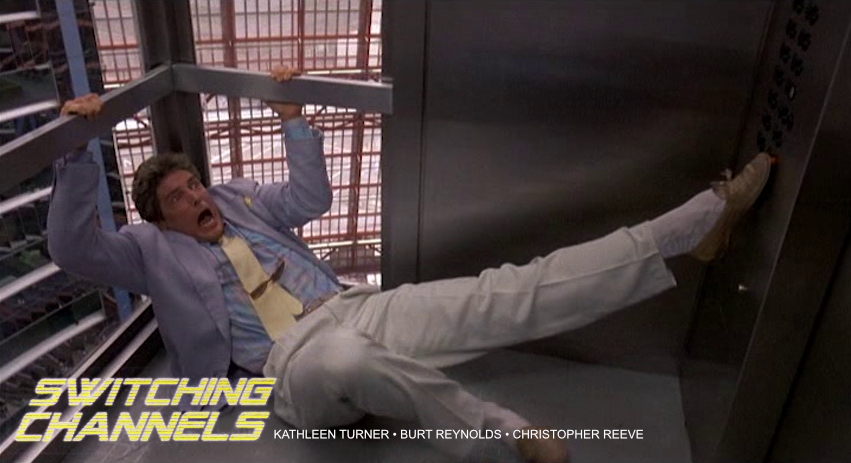 Reeve was expecting to reteam with Michael Caine (see below) who dropped out and was replaced by Reynolds. Behind the scenes, reeve had to play referee between Turner and Reynolds as it’s rumored that Reynolds didn’t appreciate Turner’s top billing.

6. Rear Window (1998). It’s a pretty good retread of the Alfred Hitchcock thriller. Chris plays an architect who is left a quadriplegic after a car accident. After fitting his apartment with state-of-the-art technology and hiring the best care money can buy, he soon starts peeping on his neighbors to pass the time. Noticing that his beautiful neighbor has gone missing after a fight with her abusive boyfriend, he enlists the help of his architectural assistant and a police detective to catch a would-be killer. This was Reeve’s first film after his horse-riding accident and he really shines here. 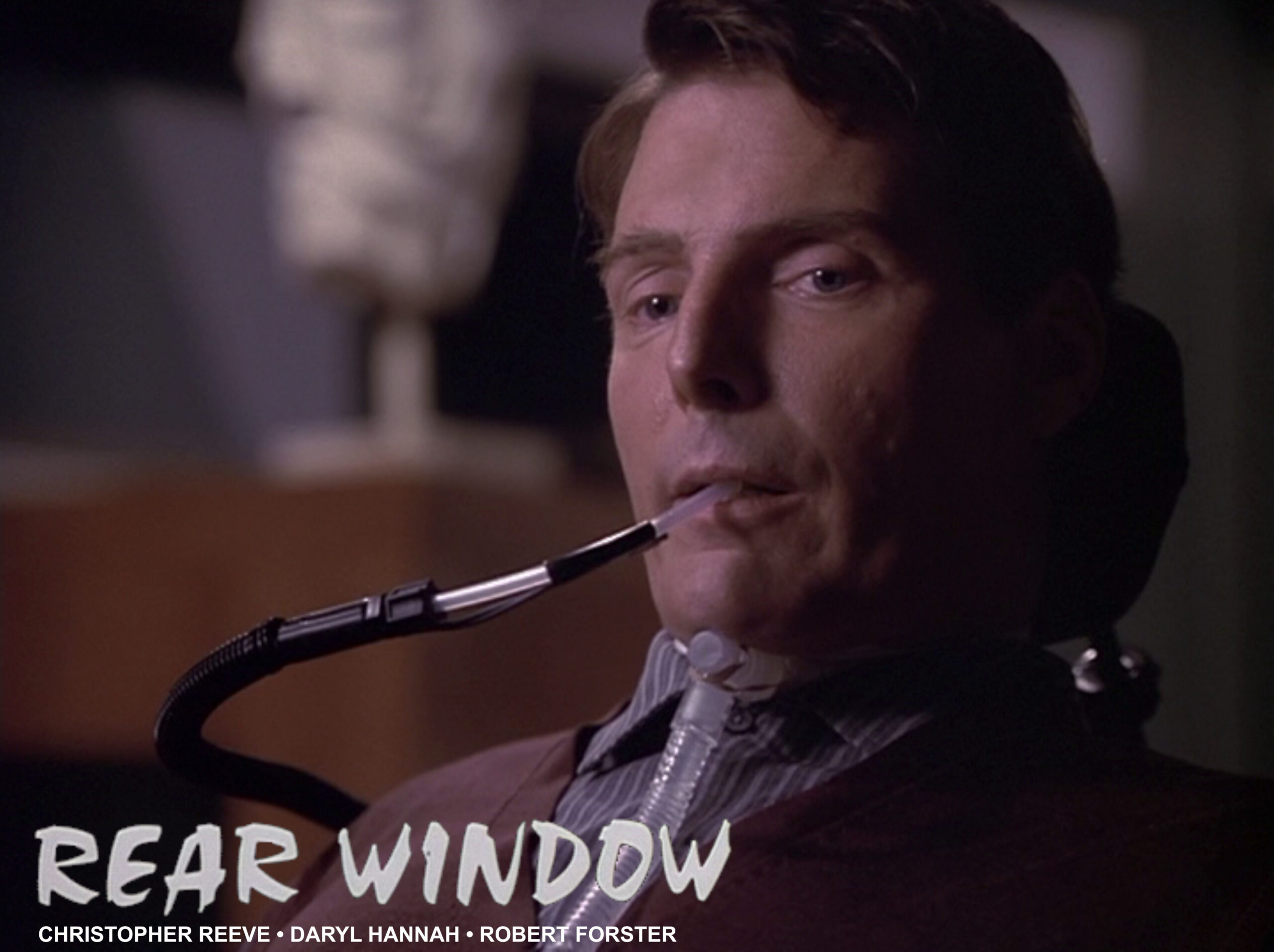 5. Village of the Damned (1995). Reeve plays a small-town doctor who must battle a cadre of half alien/half human telepathic children in this John Carpenter remake of the 1960s science fiction/horror film of the same name. The actor’s horse-riding accident happened shortly after filming was completed.

4. Street Smart (1987). Reeve plays a naive magazine reporter who, under deadline, concocts a story about a wealthy Manhattan pimp. When the story explodes in popularity, a real pimp and his lawyer exploit the story and the reporter. Morgan Freeman was nominated for an Oscar as the pimp, his breakthrough role. Reeve exudes naivete, hubris, and fear as the reporter. 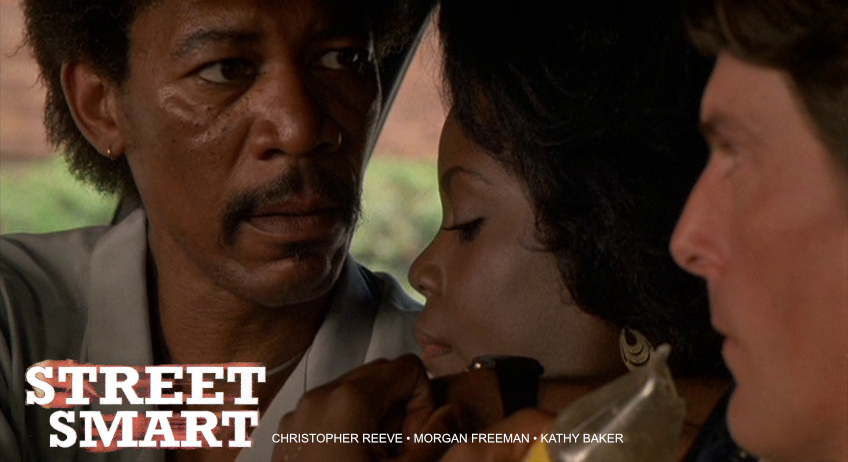 3. Noises Off (1992). Reeve is at his comedic best as a self-absorbed, insecure actor in this film version of the famous ensemble stage play, where he re-teams with Michael Caine. (See No. 2.) 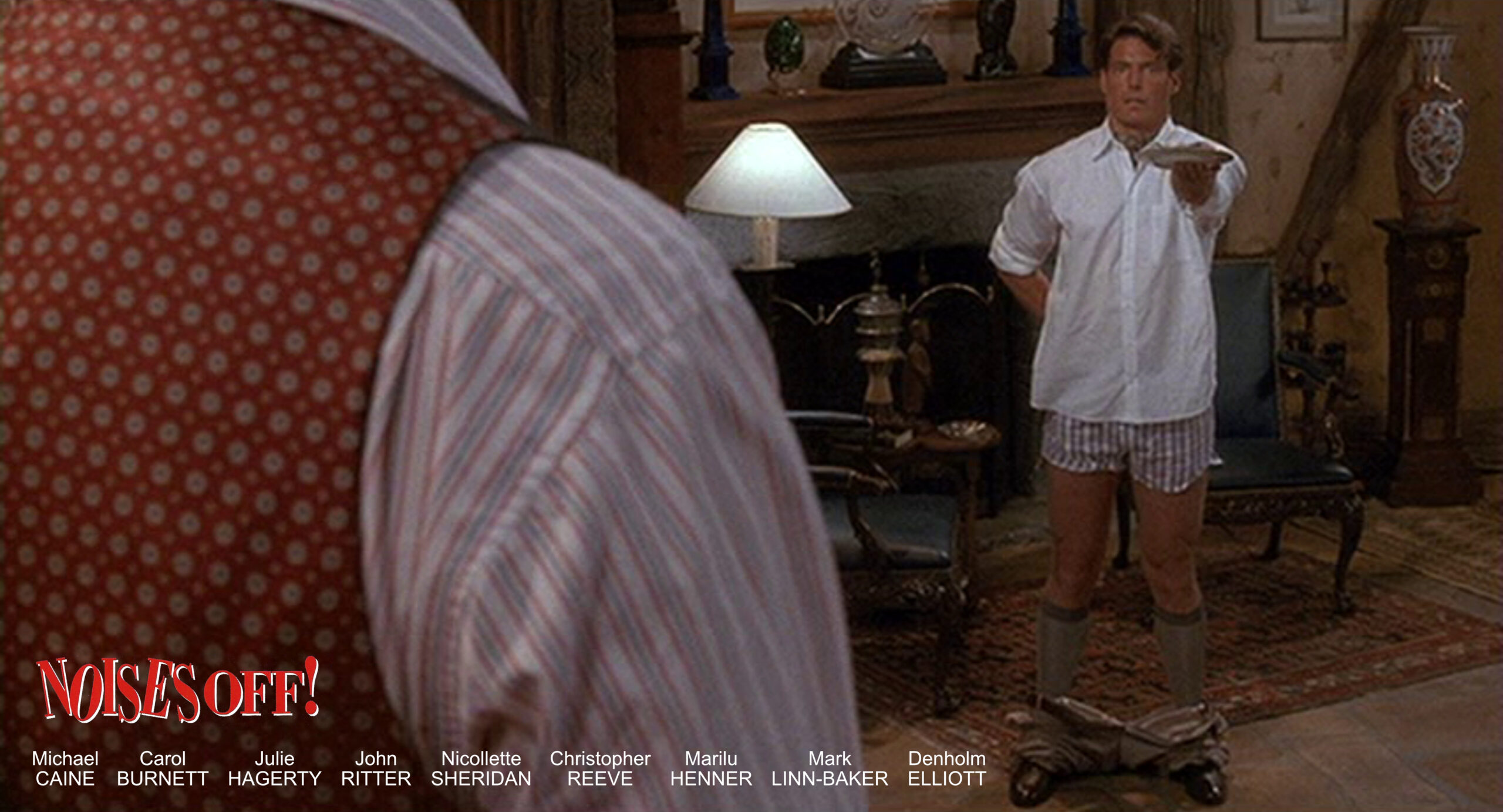 2. Deathtrap (1982). It’s a Sleuth-like story and even co-stars the mighty Michael Caine, who starred in the original film adaptation of Sleuth. Lots of twists and turns. The movie was a bit controversial at the time for its depiction of homosexuality but is tame by today’s standards. 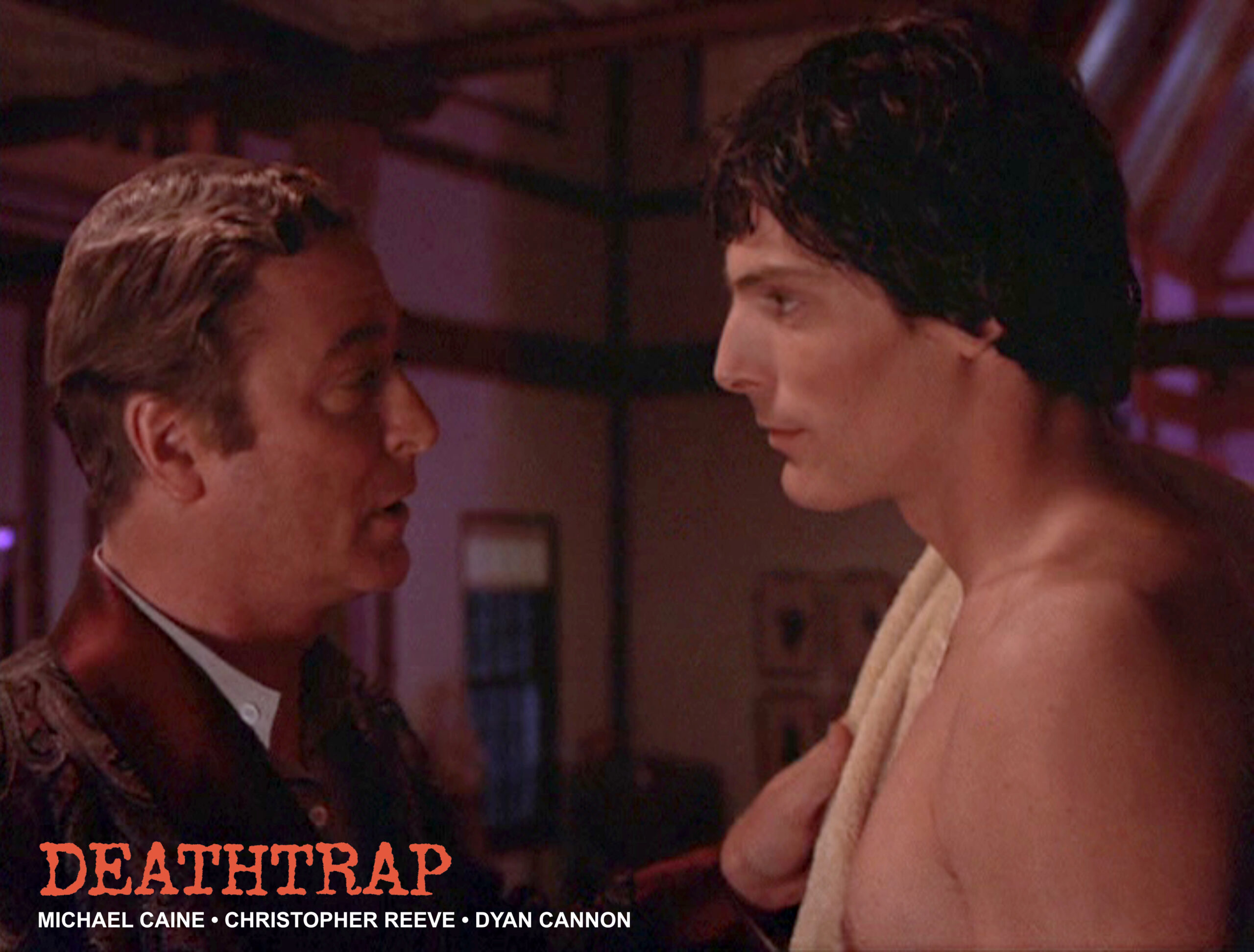 1. Somewhere in Time (1980). It’s my absolute favorite non-Superman Christopher Reeve movie for a lot of reasons! It’s a time travel story! It takes place in a beautiful location! Chicago is briefly in the movie! It features some Second City players! And Jane Seymour plays the love interest and her character is a strong capable woman! 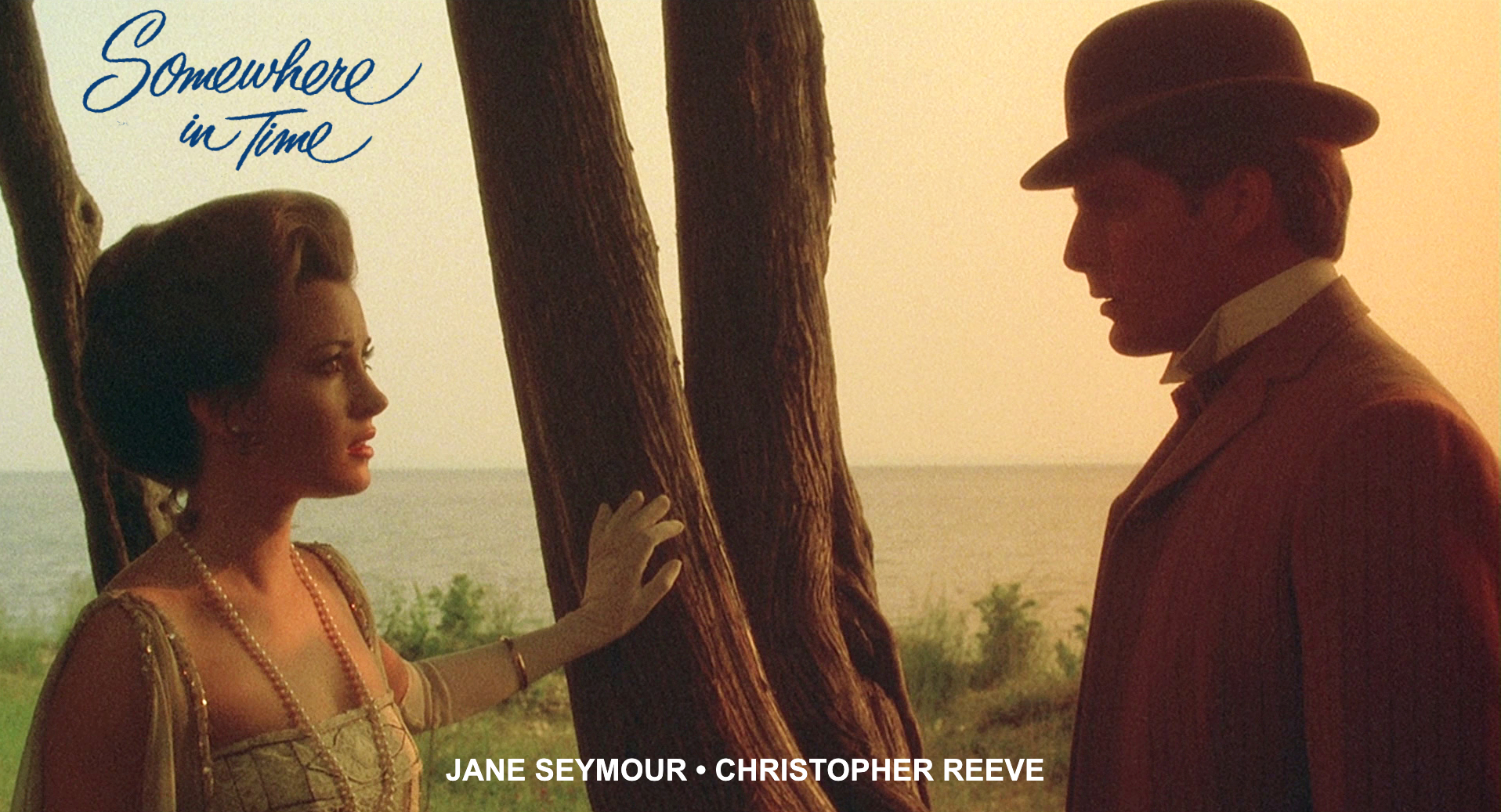 Seymour recently revealed that she and Reeve fell madly in love during the making of the movie but their affair was cut short when the actor’s girlfriend announced she was pregnant.

I was lucky enough to have met Christopher Reeve in 1979. He had just finished filming his Chicago scenes and was about to head to Mackinac Island, Michigan, to film the bulk of Somewhere in Time at the Grand Hotel.

My high school buddy, Frank Bonilla, called me up saying that he had heard that Reeve was going to be on the local news live at 10 that night. We drove down and waited and finally Reeve pulled up with movie critic, Gene Siskel. Although Siskel tried to rush him in, Chris was happy to stop for a few minutes to talk with us and take pictures. He was incredibly nice. 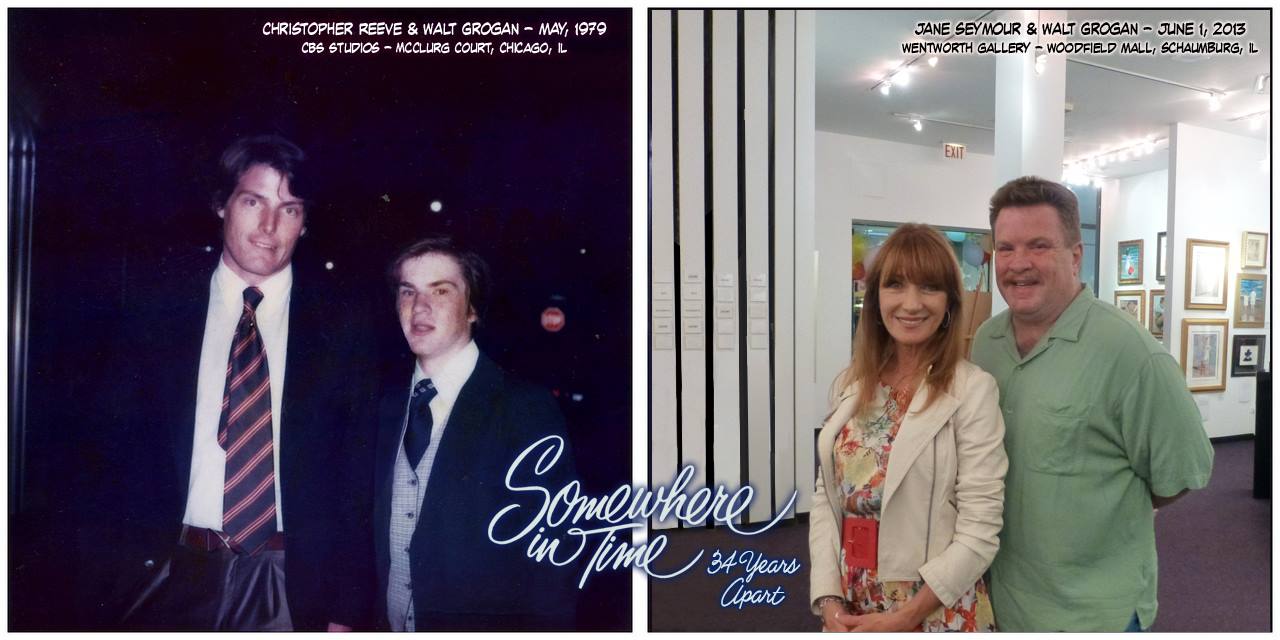 Thirty-four years later, I was able to meet his co-star, Jane Seymour, also due to a tip from Frank, and she couldn’t have been more gracious.

And to finish off, here’s a 13th Dimension lagniappe… when Christopher “Superman” Reeve met Michael “Batman” Keaton in the 1994 film Speechless: 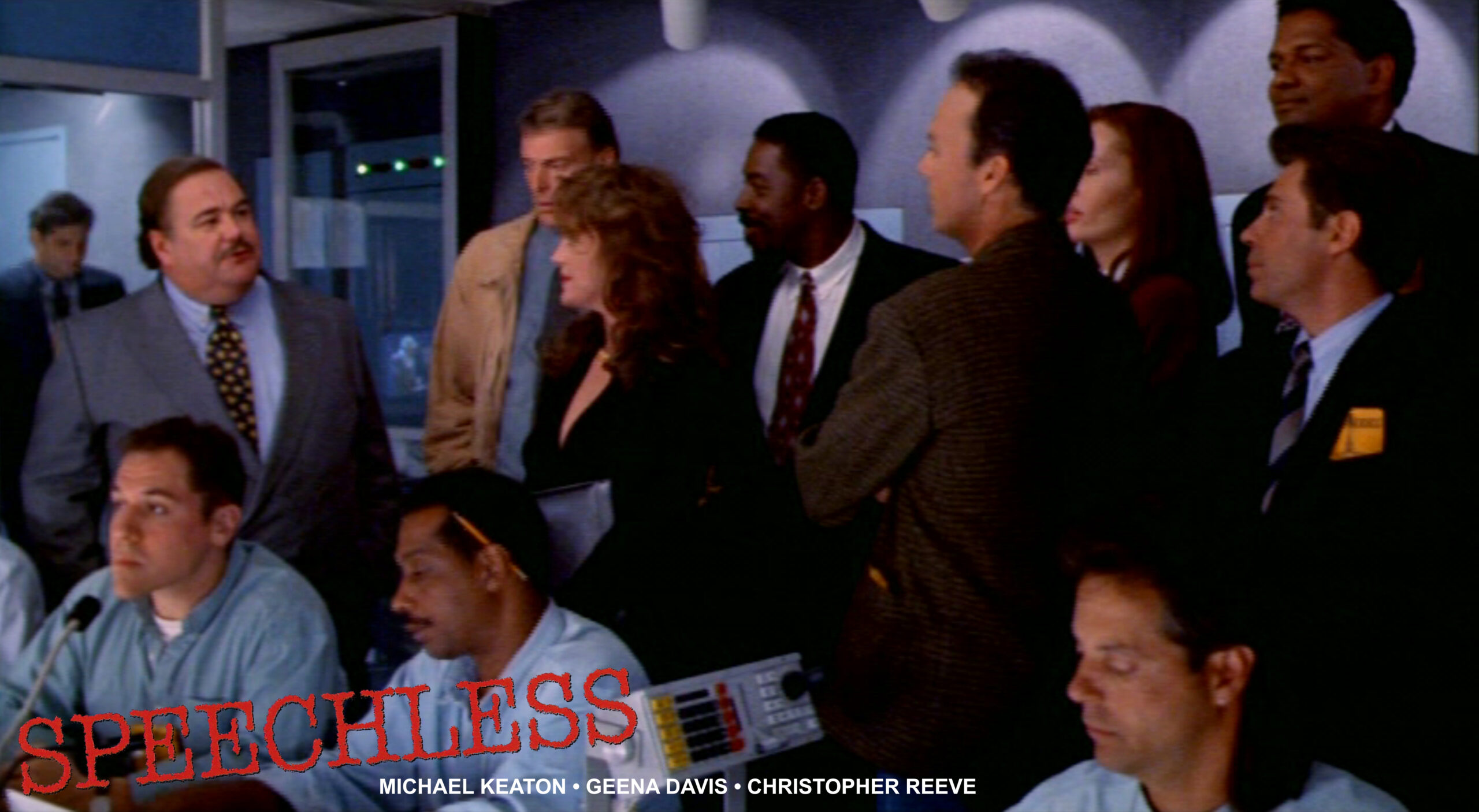