Check Out DC’s Strange Announcement of the BATMAN ’66 Series

Everything today is hype! Hype!! HYPE!!!

I mean, virtually every announcement in comics — and comics-related media — is accompanied by a big brass band and a choir singing six-part harmony.

I should know. I’m guilty of it all the time.

So imagine my relative shock when I happened upon this little item tagged onto the end of the letters column from Batman #178, which while cover-dated February 1966, was released in early December 1965: 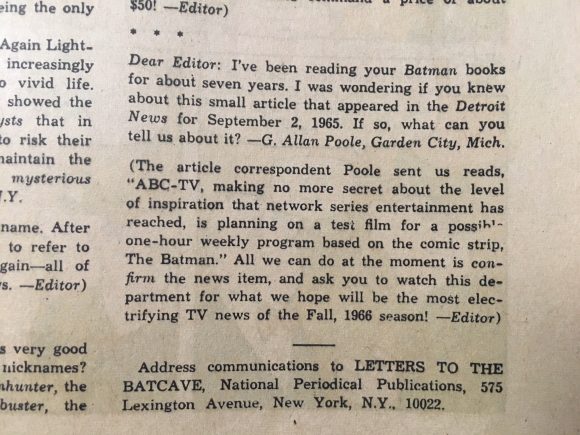 Let that sink in. This was the way DC Comics chose to alert its readers that a Batman TV show was coming.

I just happened upon it because last summer I began re-reading every Batman and Detective issue, starting with 1964’s New Look. I do it in fits and starts and just hit Issue #178: 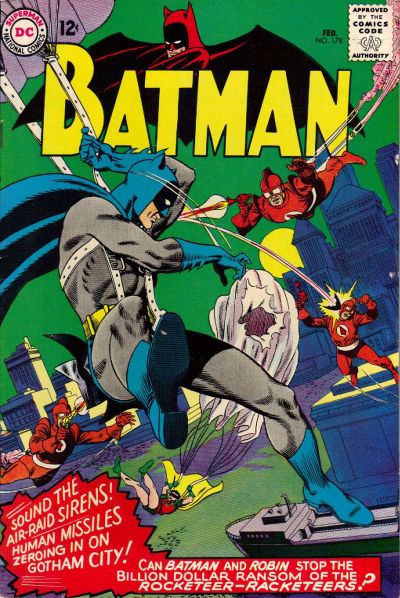 Here, let me give you even more perspective on the announcement, such as it is. The snippet is at the bottom right corner of this two-page spread: 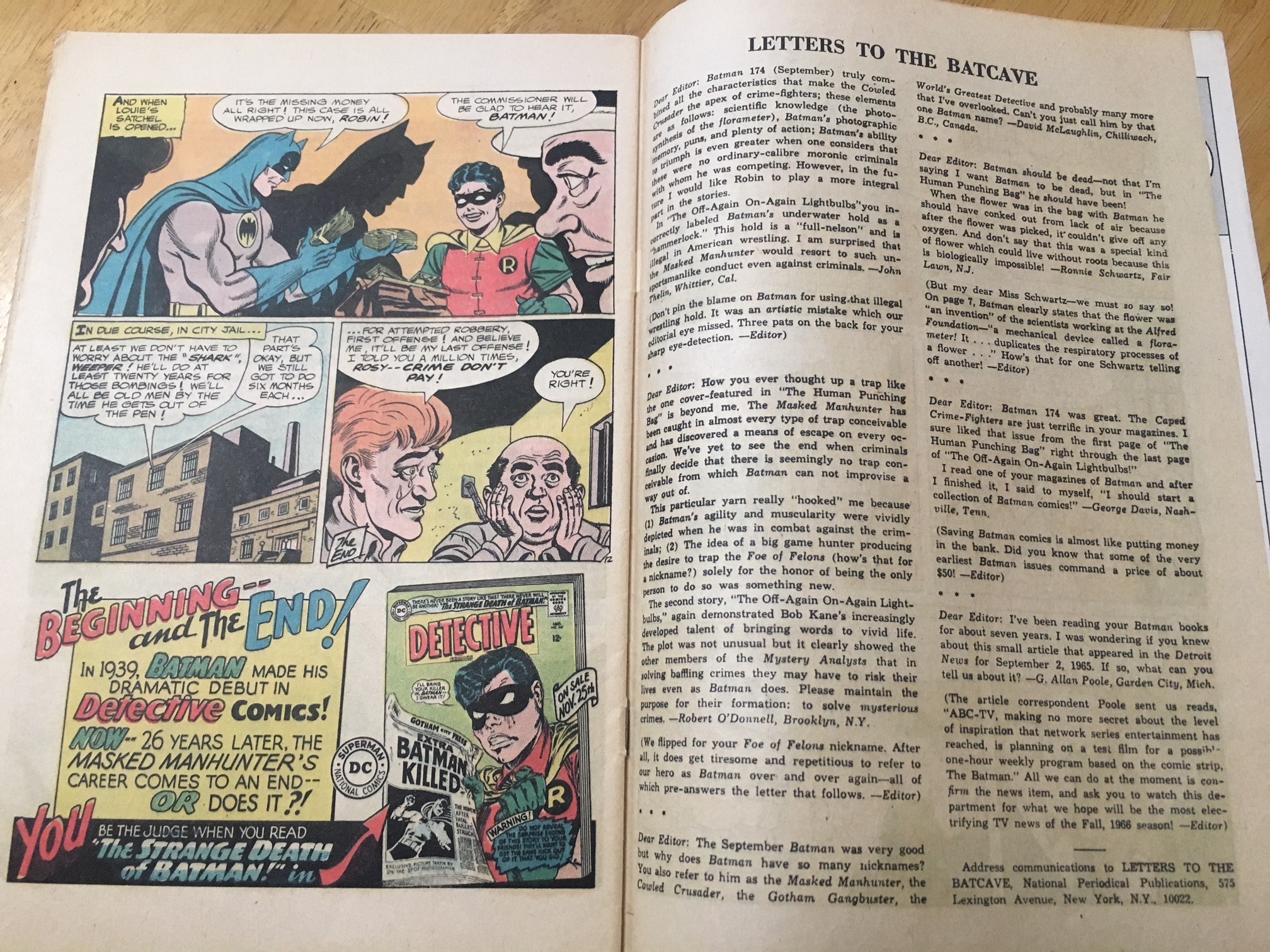 What I especially like is that editor Julius Schwartz tells readers the show was planned for fall 1966. As we all know, right around the time this was published, a desperate ABC-TV moved Batman up to January as a mid-season replacement.

So readers of this comic had just about a month to wait for a pop-culture phenomenon that would endure for more than 50 years. 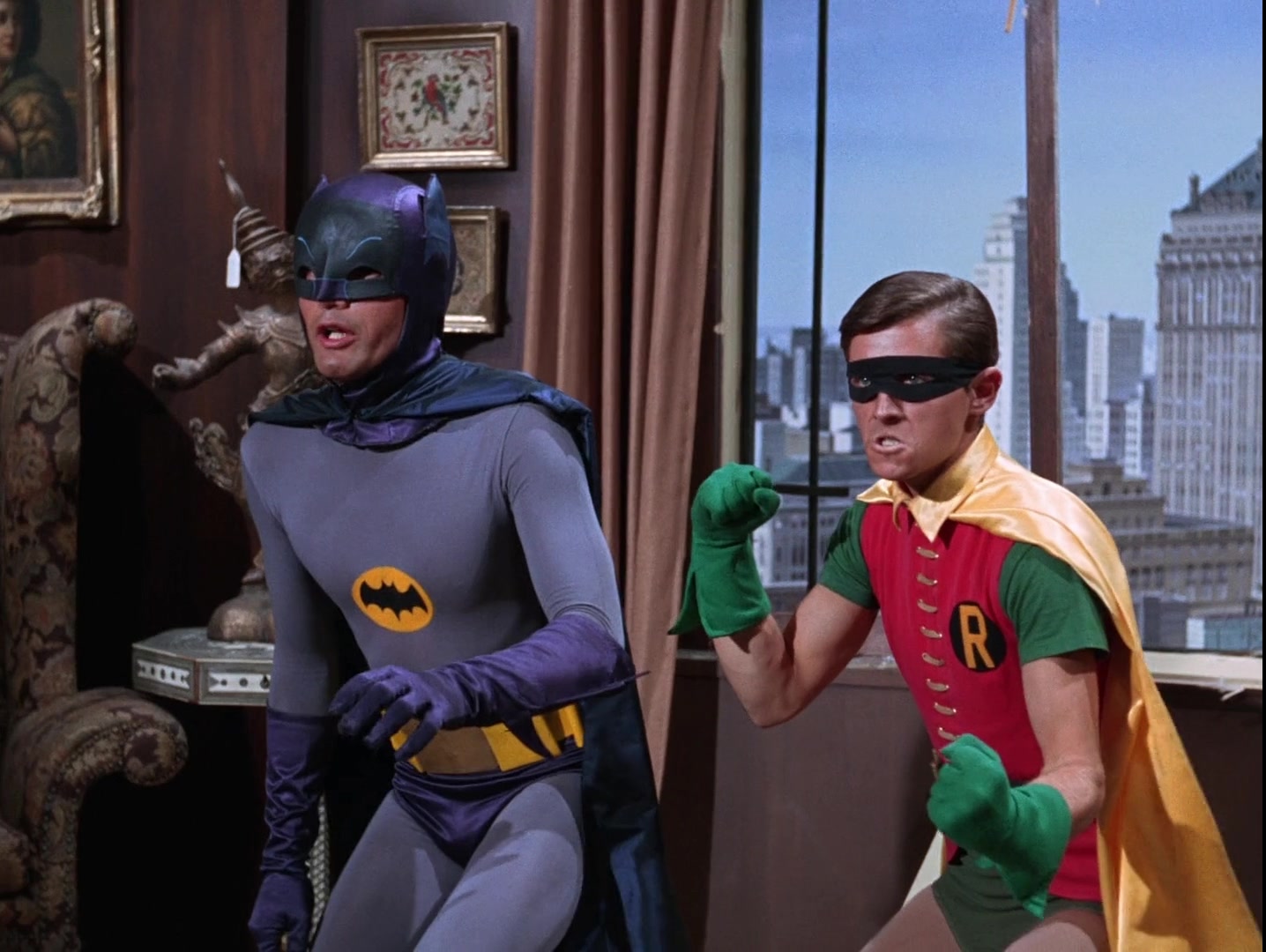