CAPTAIN ACTION, ULTRAMAN and the Fetishization of Packaging

MERCH MADNESS: Man, what is it about a box that can get people so excited?

Over the next three weeks, we’re highlighting some of the coolest action figures and comics swag on the market (or coming soon) for … MERCH MADNESS. Click here for a full INDEX of stories.

So, in case you missed it — though I doubt you have in the worlds of Captain Action and Ultraman — Medicom and the CA folks this week released images of what the box will look like for their upcoming costume set.

And it looks mighty grand: 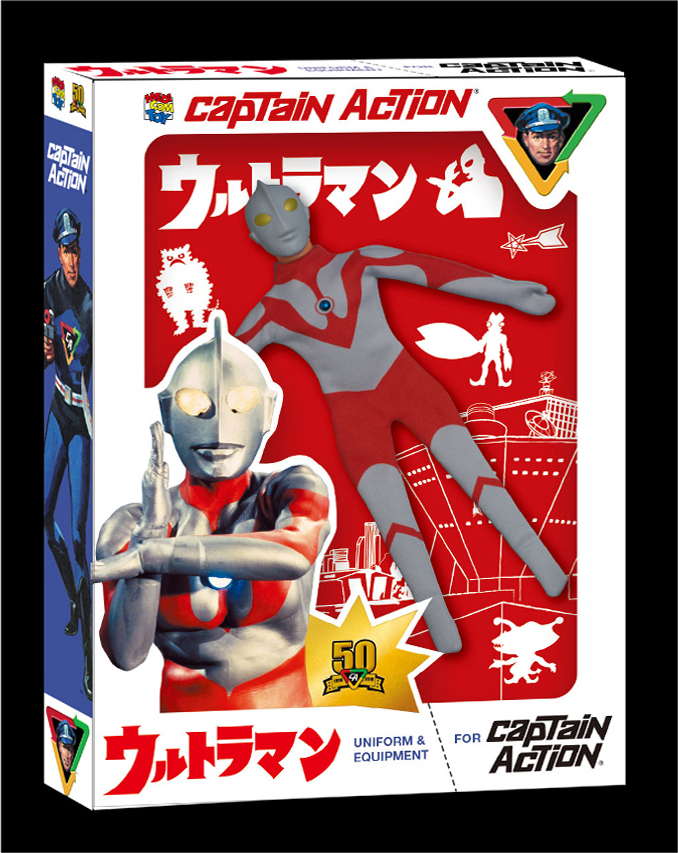 But it also got me to thinking just how much we as collectors dig packaging.

Maybe it’s because as kids, the package was part of the anticipation, the newness of the item you so desperately wanted for your birthday, or holiday or whatever. Opening it that first time was magical. Or maybe you saved those boxes and just liked looking at them over and over.

Packaging is traditionally made to get you to buy the product. Attractive but utilitarian. But companies are so hip to the collectibility of packaging now that you get replica boxes and resealable clamshells — some of which are designed to look like the kind you got at specific stores.

When I get an action figure or other item, what I do with the box is something I consider carefully: How much does this enhance or detract from the item itself? And do I have room for it all? In some cases, I’ll toss the package right out. In other cases, I’ll save as much as I can or even display the item in the package. 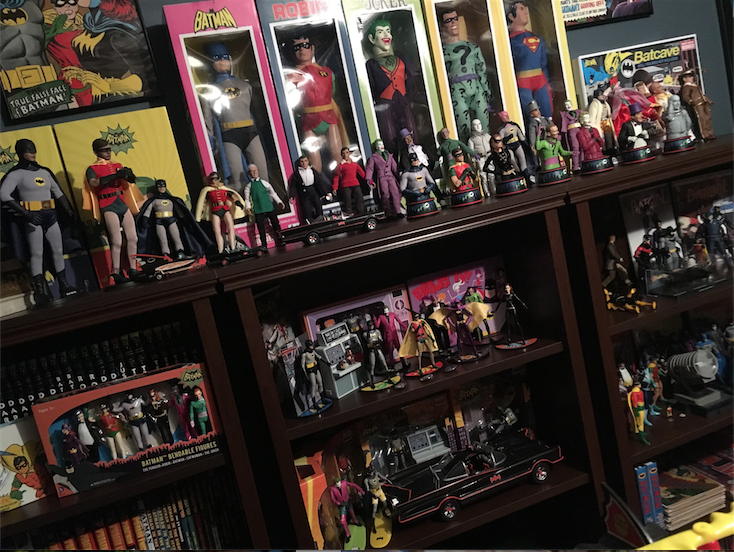 Hell, I even own replicas of old Mego window boxes.

I’m not unique in thinking this way, obviously, and those companies know it.

Which brings us back to Captain Action and Ultraman and their announcement of the new box: This is like when movie studios have trailers for trailers. That, to me, is ludicrous. But a packaging announcement? Love it.

Especially when it looks as cool as this, mixing American, Japanese and mid-20th Century aesthetics. 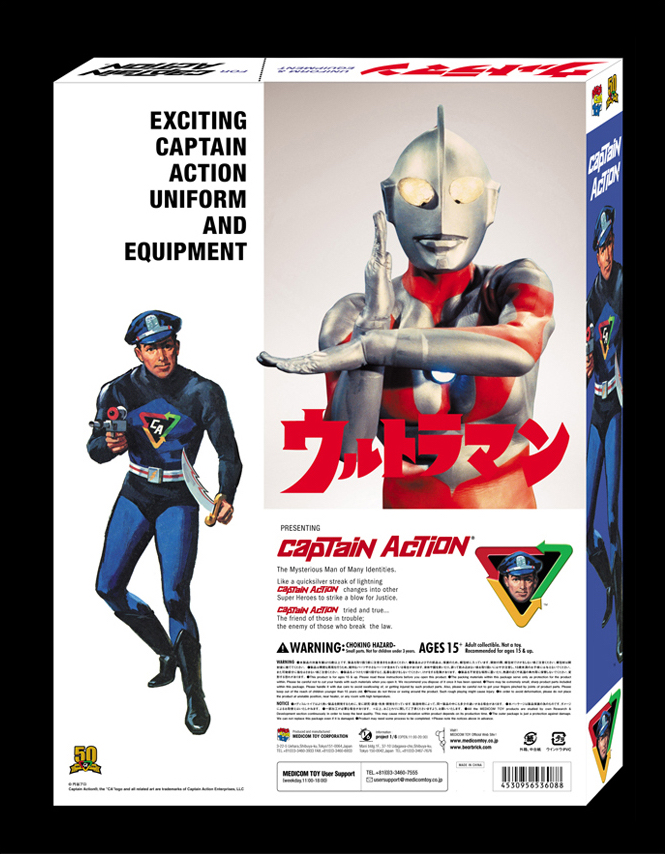 I’m not even an Ultraman or Captain Action maven. But I’m really looking forward to this.