BURNING QUESTION: Is the New JUGHEAD a Pothead? 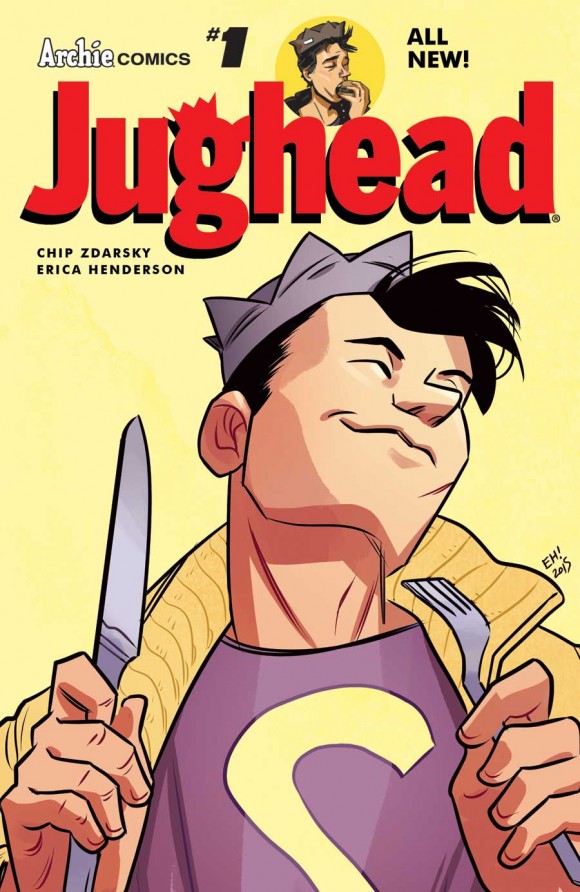 So, here’s the thing:

I used to read Paul and Nina Kessin’s Archie Comics when I was a kid. Never bought my own. I saved my shekels for Batman.

Still, I always liked Archie and the Riverdale gang. Well, mostly. There were two guys I didn’t care for.

Reggie was one of them. But that’s easy. Nobody likes Reggie. Reggie’s a dick.

But the other one was Jughead. He’s annoying. And that stupid hat. Ugh.

So when Archie Comics announced that Jughead was going to be the second book in their revamp, I was all, “Oh, man, not Jughead. He’s annoying. And that stupid hat. Ugh.” 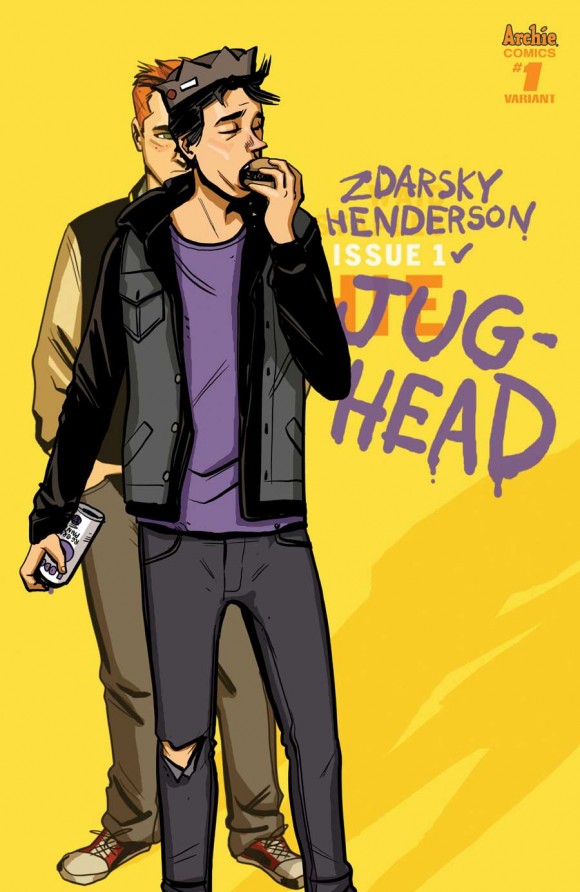 Zdarsky variant. Still with the eating.

Well, never judge a comic by its stupid hat because Jughead #1 was laugh-out-loud-funny good. Which makes sense, because Chip Zdarsky wrote it and Erica Henderson drew it.

Here’s the gist: Jughead sets his sights on taking down the new principal. I won’t spoil the why. There’s an interlude that takes place in the world of Game of Thrones (sort of). And Miss Grundy looks like she may have gone to Woodstock. Or at least still owns her Joni Mitchell on vinyl. 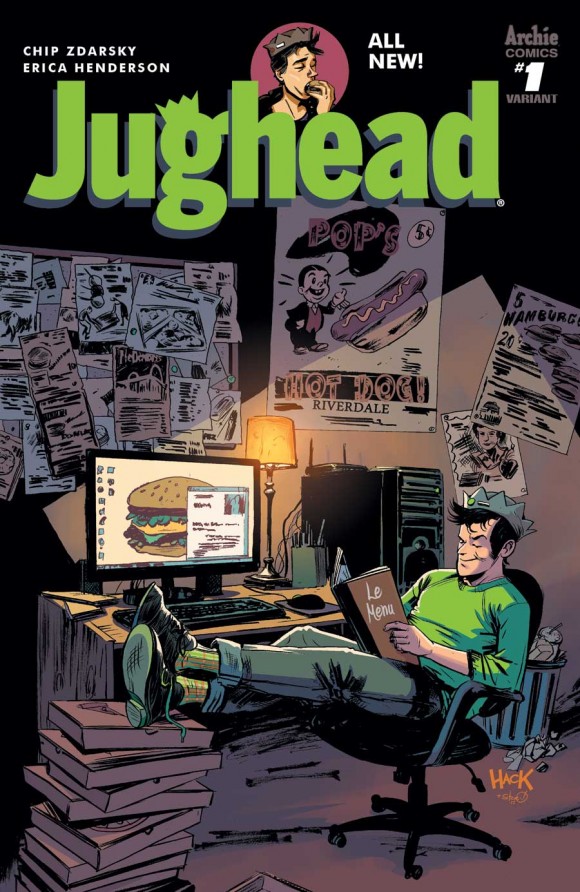 Dan Greenfield: I never liked Jughead. Ever. Until I read Issue #1. How did you do that?

Chip Zdarsky: By showing you that it wasn’t Jughead you hated all this time, it was yourself. For not loving Jughead. Also, I wrote words for Erica Henderson to illustrate! She’s the star of the book and can make anything funnier and better. She should try to take on a third regular book so people can get more of her work.

Dan: Archie’s always been soaked in pop culture — the Beatles/Beetles cover from the ’60s being a prime example — so is Jughead going to routinely have these interludes into shows or movies?

Chip: Kind of! Issue #1 has the only straight-forward pop culture riff with Game of Thrones as the source. The rest of the arc is either playing off of old “alternative universe” Archie stories or just genres. We’ll have a pirate story, Superteens, and Time Police weaved through the arc as dreams or fantasy. It was kind of our way to still have the weirder Jughead stories while staying in line with the stylized realism of Mark (Waid) and Fiona (Staples)’s Archie reboot. 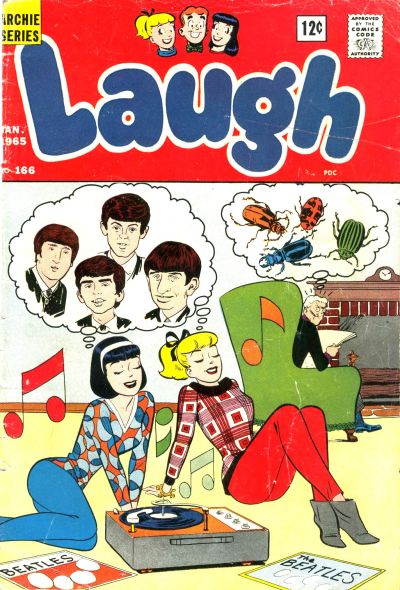 Chip: You MAKE IT. The Jughead hat is actually a fedora with the brim cut into the zig zag shape and then pinned up to make it like a crown beanie. It was popular for ten seconds in, like, 1940, but I love that Jughead wears it in every iteration of the character. It makes him stand out. It makes him his own man. The only reason it’s hard to picture an eclectic teenager wearing something like that is because it’s a “Jughead hat,” y’know? It’s so associated with the character! But Jughead lives in a world where there IS no fictional Jughead who’s been around for 70 years, so his hat is Jughead‘s hat, not a “Jughead hat.” Oh, I’m sorry, did I just BLOW YOUR MIND? 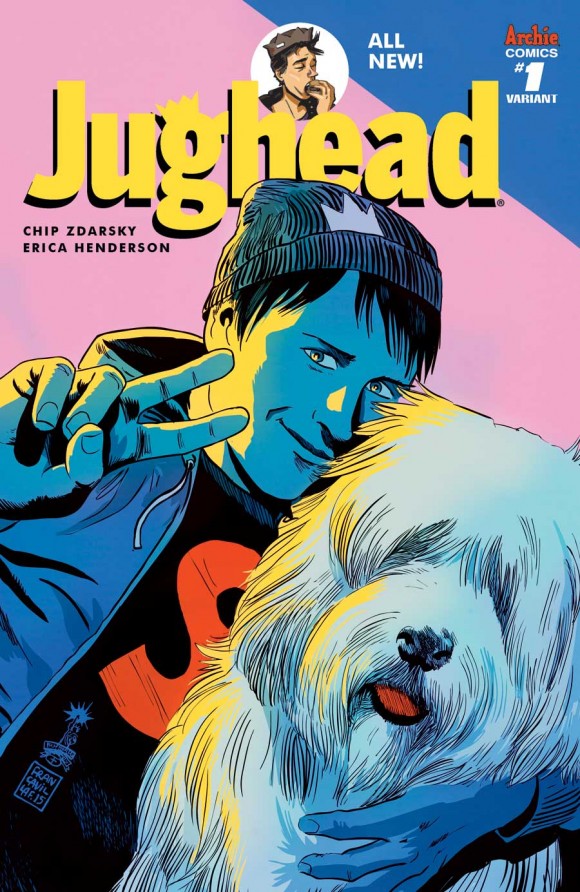 Francesco Francavilla. See, now this is a hat I can get behind.

Dan: How could you do that to Mr. Weatherbee?

Chip: TAKE A HIKE, BEE. Geez, I’m sorry for giving him an early retirement that he can enjoy. I thought I was doing a nice thing!

Dan: OK, there was only like one panel, but whose idea was it to make Miss Grundy an aged hippie? Because that’s brilliant.

Chip: Erica! I wrote Ms. Grundy in but didn’t describe any kind of updated look. I was pleasantly surprised when I got to see the page that Erica totally nailed it. 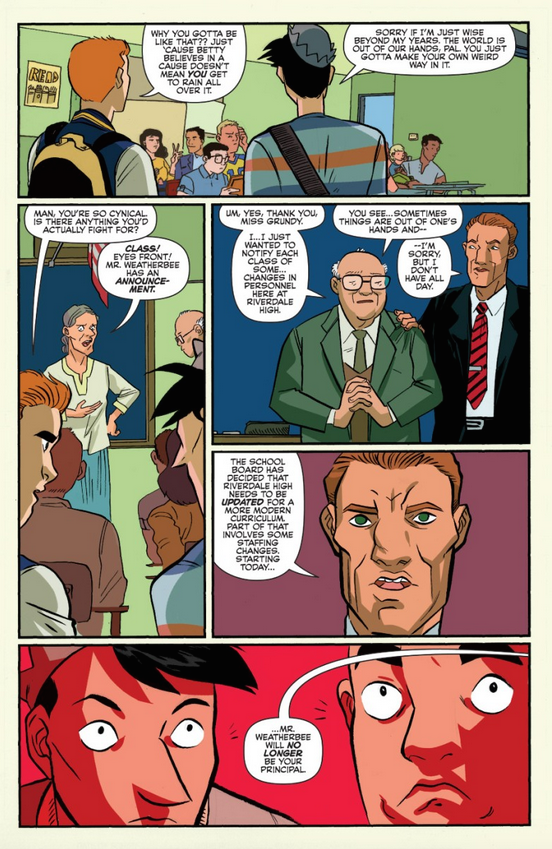 Dan: History question: Tell me about your own life with Archie comics (lower-case “c”).

Chip: They were my first! I was the kid in the grocery store begging my mom to buy me the digests. I moved away from them when I got into superhero books, but as I got older and started to draw, I came back to them because of the classic art. Beautiful, simple work with confident lines. I fell in love with them again but from an art appreciation standpoint. Then, a couple of years ago when Afterlife With Archie came out, I remember the book would always get mentioned alongside Sex Criminals as books to get. So I read it, deeply hoping it was bad so I could feel secure in our position, but it turned out to be spectacular and I became a fan AGAIN.

Dan: If Moose ever says anything other than what he did in this issue, I’ll be gravely disappointed. That’s a statement and not really a question, I know.

Chip: I’m a huge fan of running gags, as is evident in my teardown of Spider-Man in Howard the Duck. So, yeah, Moose in our run will be a man of few words for sure. I don’t want an eloquent Moose in my book. 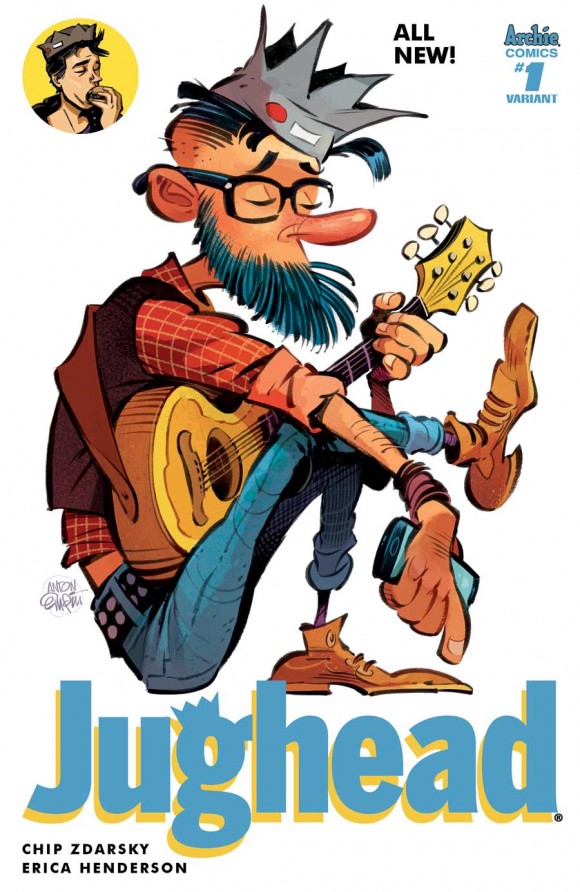 Dan: When Archie Comics announced that they were going to modernize the line, Jughead struck me as especially anachronistic. But you updated him fully formed. Except in reality, I think he’d be a pothead. (Is that what the kids call it these days?) Archie Comics has such a reputation for being progressive with their characters, have you considered making the new Jughead a poster child for legalizing marijuana?

Chip: Ha! I feel like Jughead would actually be the opposite, the one straight-edge guy in the gang. He likes to keep his wits about him while everyone else gets stupider. He’s not a joiner.

God, I wish I could still do that. 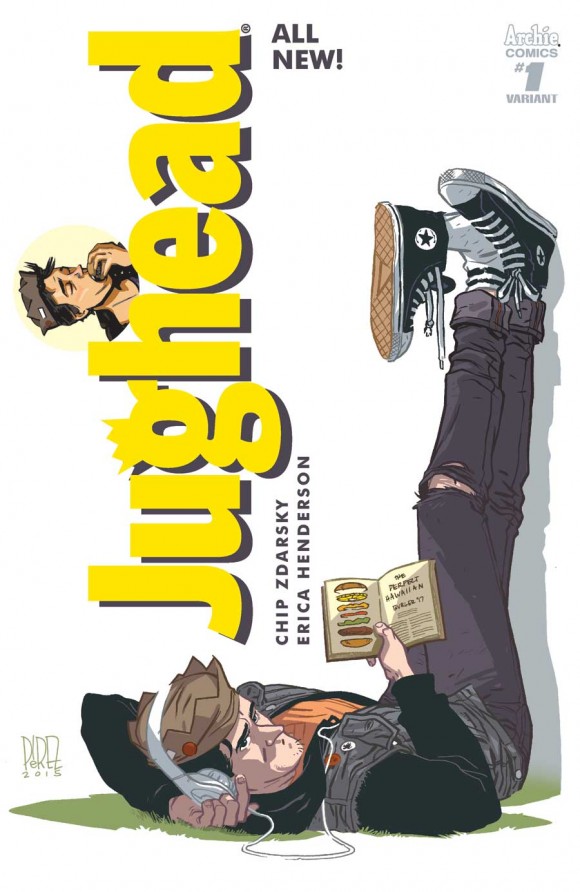