A new phase of Atlantean intrigue and adventure is swimming our way this week. 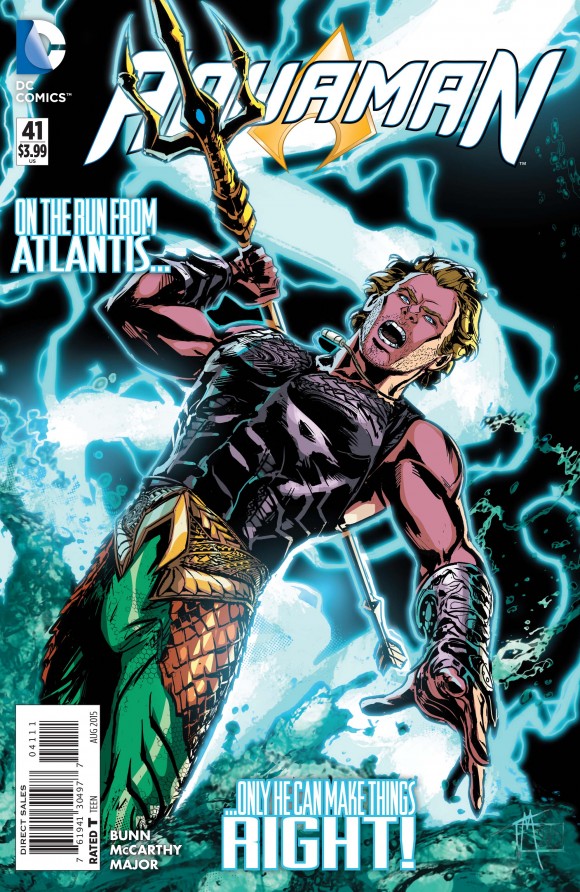 Aquaman is the only non-Batbook other than Justice League of which I’ve read every issue since the New 52 relaunch in 2011. Geoff Johns and Ivan Reis not only returned the swift and powerful monarch of the ocean to prominence, they made his book one of the most consistently good reads in the DC catalogue. Jeff Parker and Paul Pelletier picked up the conch and kept it going.

Now, on 6/24, writer Cullen Bunn and penciller Trevor McCarthy step into the surf to bring us the next wave with Aquaman #41. (OK, I’ll quit with the sea puns now.)

Where their predecessors stuck to the classic elements that made Aquaman an interesting character to begin with (despite decades of jokes, my own included), the new team is venturing into deeper waters, with a new look and a change in King Arthur‘s circumstances. That hasn’t always been a successful voyage for writers. (Man, I really have to stop.)

I asked Bunn and McCarthy about that — and more. 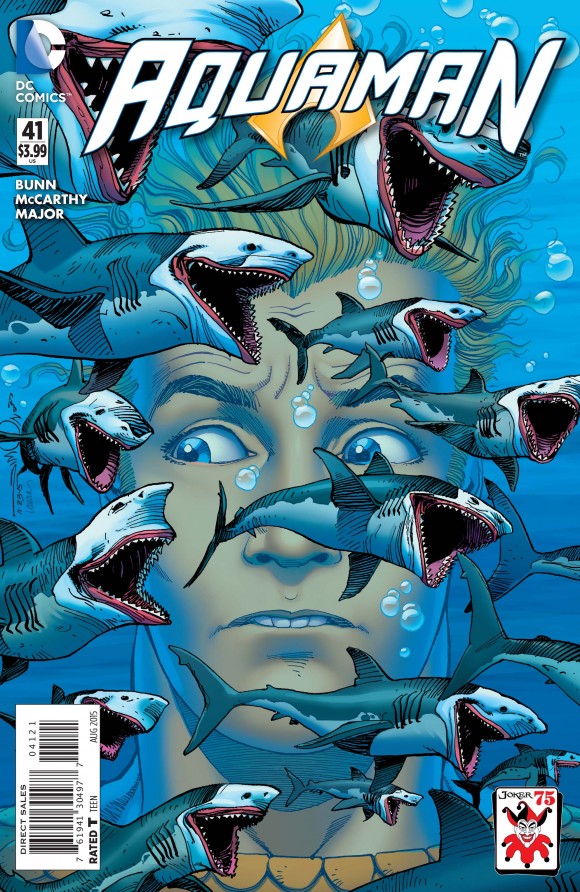 Dan Greenfield: How far back do you go with Aquaman? Longtime fave? New to the character?

Cullen Bunn: I’ve been a fan ever since my parents bought me a Mego Aquaman toy when I was a little kid. That said, I didn’t really follow the character religiously. I read his stories when I came across the random issue or when he appeared in other books. But, being fascinated by the ocean and ocean life, I loved the idea of a character who was the King of the Seas. 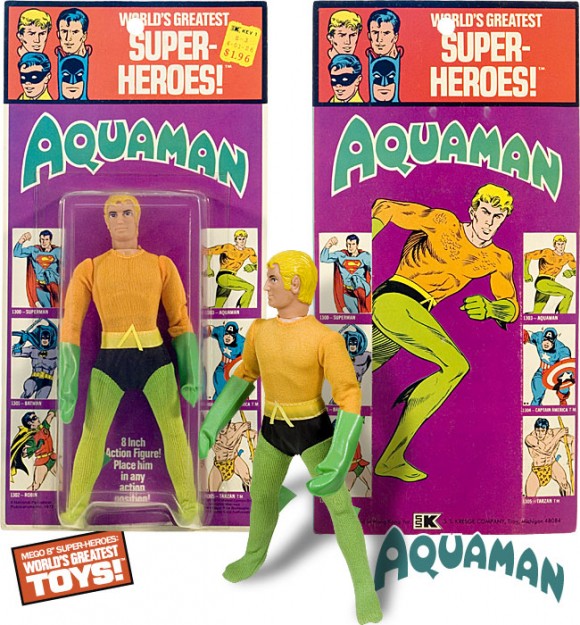 Trevor McCarthy: Well if you count this — and can’t believe I’m mentioning this — my first pair of Underoos as a child were Aquaman. That being said, though, I wasn’t a massive fan of the character in my youth as most of my childhood was spent under Batman and Spider-Man books and I think I thought of him like many other young comic-book readers of the day — that he was kinda lame and only talked to fish and whatnot. I think the years of Super Friends corrupted my young perception of him.

I guess as I grew older I realized that wasn’t at all the case, but he was just a character who never really got his just due. (Good) stories in recent memory (were) Sword of Atlantis (and) Peter David‘s run, which was a great story, I was just never a fan of the hook. And recently Geoff Johns‘ run, which I think really for the first time, possibly, served to elevate Arthur and make him one of the first-string heroes in the DCU. 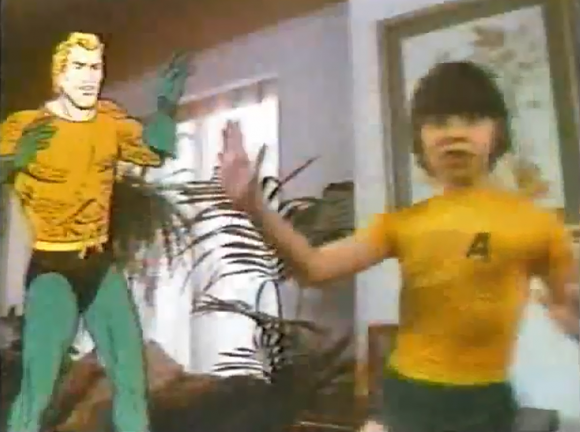 Not Trevor. At least as far as we know.

Aquaman’s one of these heroes who’s been changed back and forth and back again for decades. The most recent runs by Geoff Johns and Jeff Parker have been very successful, both artistically and commercially — in large measure, I’d argue, because they embraced the most classic version of the character and ran (swam?) with it. What’s your approach to keep the momentum going?

Bunn: Well… as I think everyone knows by now… our version of Aquaman is a little different than what you’ve seen in the series thus far. His look is different. The tone of his adventures is a little different. That said, I feel like this series is giving the opportunity to explore the story of this “new” Aquaman as well as the tales of the “classic” Aquaman. We’re starting the new story in the thick of things and revealing exactly what has happened through flashbacks to stories of the more familiar Arthur. 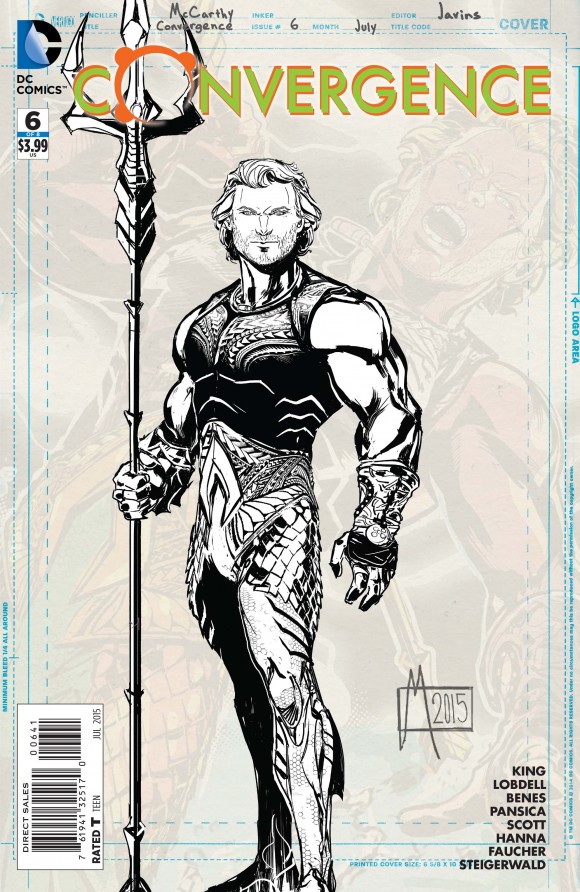 One of the most captivating parts of Aquaman is that he’s from Earth and yet you get to play with elements that are in an odd way otherworldly. Have you done a lot of research on creatures of the sea and sea life or are you just winging it because it’s all just so fantastical?

Bunn: With almost anything I write, I do just enough research to make myself dangerous. Once upon a time, I wanted to be a marine biologist, so I enjoy doing the research now. That said, this story — and the unusual new foe Arthur faces — involves many elements of pure fantasy.

McCarthy: Absolutely, yeah that was big reason why I wanted to work on this character. It’s an environment I rarely get to draw and I really wanted something fresh and new and to hopefully bring something different to that world. From a design perspective it’s loaded with almost infinite imagery to draw from and I just really got excited about the prospect of challenging myself with those elements.

Tell us about redesigning the character.

McCarthy: Well, internally the discussion was to keep with the elevated perception of Aquaman and at the same time make him a little more sexy, show a little more skin, a little more darker in tone too. Before even seeing the Jason Momoa costume I really wanted to go more Gladiator-esque in a classical sense, very minimal with the costume with much more upper body skin and keep it in a classical vein.

I ended up having a few looks that looked quite similar to the Momoa costume with an armored shoulder guard, gauntlets and leather straps and very little clothing, but ultimately we decided on the chest plate with the arms exposed. We just felt that tonally, for our version of Aquaman, (it) will suit him well. 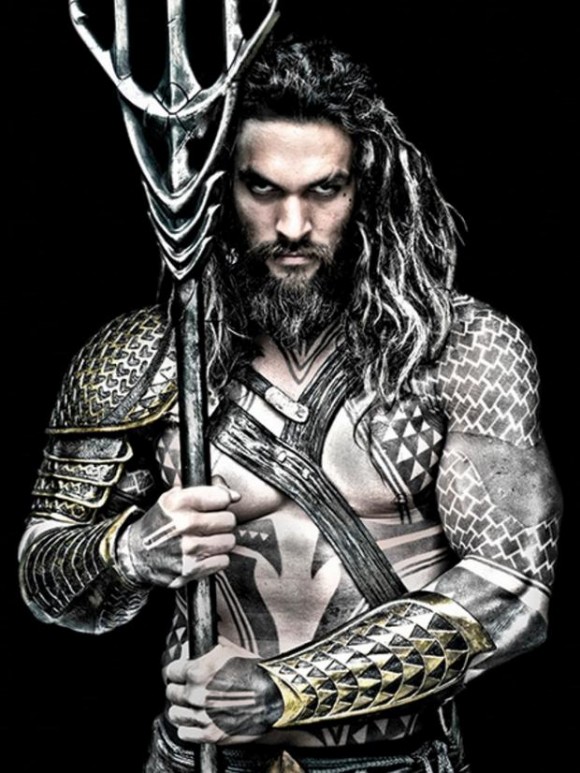 How much did the Jason Momoa look play into your thinking?

McCarthy: First off, I’m a big fan of that costume. We actually didn’t see it at all and then it happened to be released to the public right at the end of our design phase and actually got really excited by it. I brought in some of its details on the chest plate design, but overall I was focusing more on keeping some of the classic elements on his lower half and doing something new for his top half.

Some people think it was the longer hair too — I’m just channeling my younger, late-20s self there. I wish I could still grow those wavy locks. 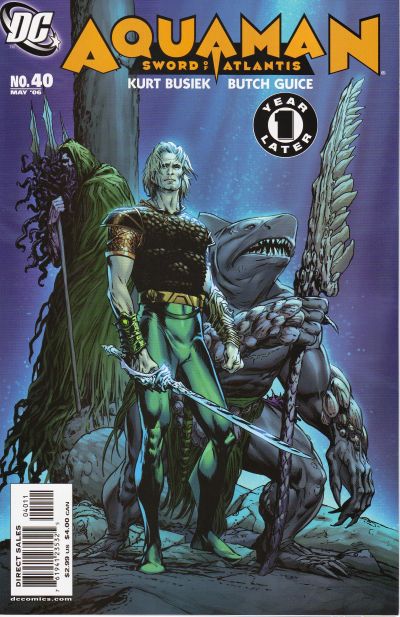 Other than the classic orange and green, what’s your favorite Aquaman look that’s not your own?

McCarthy: To be honest, the ones that I’m aware of, other than the classic look I’ve never been a big fan of any of them. I like aspects of the Peter David look with the long hair and beard, just never liked that hook and metal-band arms — how ’90s!

I love the darker toned look of Butch Guice’s Arthur from Sword of Atlantis but overall I can’t really say I’m super into any of the variations specifically. I feel like in the past, Aquaman‘s costume became subject to the fads of the day and other than his classic look, which really defined him, nothing else stuck around too long.

One costume worth mentioning was Craig Hamilton‘s from the ’86 miniseries with the all the blues and wavy lines. I like the approach he took in a practical sense, that the various blue, white, and gray waves on the suit acted as a camouflage of a sort when he is underwater. It was a really cool idea but because of those color choices, it never quite felt like Aquaman to me. 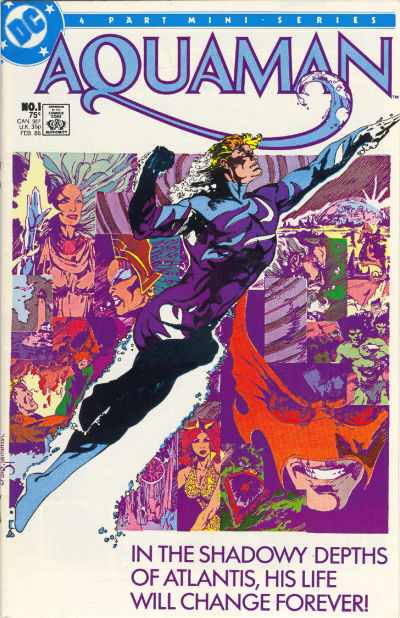 McCarthy: I’d have to say Nick Cardy, definitely! I’m not too familiar with Ramona Fradon‘s version but after Googling it, I love it. But I still think Cardy trumps her.

Aparo, well I loved him on Batman back in the late ’80s — I mean he and Norm Breyfogle, that was my childhood right there — but I never was down for Aquaman at that time, and looking at him now I still gotta go classic Cardy there. 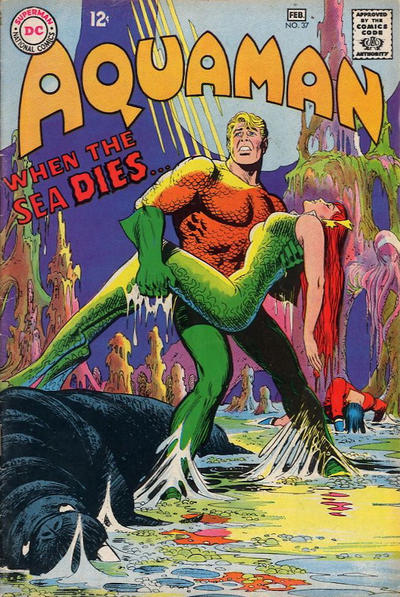 McCarthy: Yeah, love him, love the character. Not sure if his history is officially Aqualad in the current canon though. Only time will tell but I think the part Cullen has him playing in our story is great and I’m fairly positive that DC has some other, bigger, far-reaching plans for him too, now that he is back in the DCU canon fold.