Editor-in-Chief Axel Alonso is starting to spill the beans on the All-New All-Different Marvel! 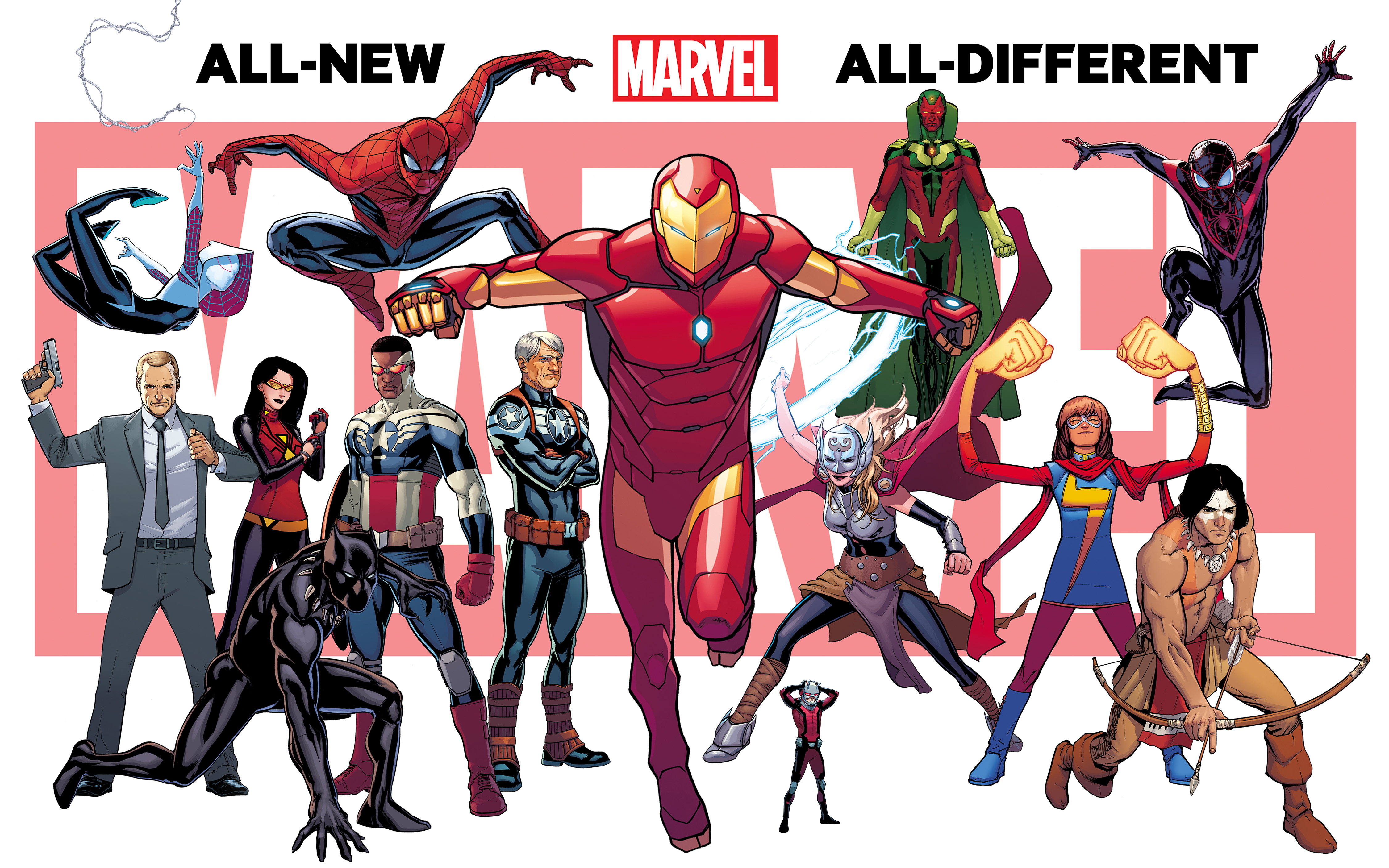 Marvel‘s starting their mainstream media rollout on their revamp and here are some of the details, including:

— “An all-new Hulk unlike any Hulk you’ve seen before,” Alonso told the New York Post. “It’s so much fun and it makes so much story sense that this Hulk will exist. It will raise questions for long-term fans about Bruce Banner.”

— “Wolverine is going to return to the Marvel Universe — sort of. I fully expect that people’s blood will be boiling and excited in equal measure. Whether that’s a resurrected Logan or someone new… when people see the silhouette of the character, they’re going to freak out.”

— As we’ve seen, some characters will switch teams – and even sides.

— The new promo image above shows Peter Parker, Miles Morales, Spider-Gwen amd Spider-Woman. Whether this will all be one universe is not explained.

— Steve Rogers is still an old dude. … And I don’t see any wings on Sam “Captain America” Wilson.

— There will be about 60 titles rolled out over four months in the fall. As announced earlier this week, most of the details will be revealed in a free, one-shot magazine Marvel is publishing July 1.

For more details, check out the Post‘s story.