BREAKING IN: by Zach Brunner

Zach’s back! Brunner that is. Zach’s a working artist trying to make it in the Big Time and every so often, he stops by to chronicle his journey.

One of the great things about working as a freelance artist is the ability to take on any job that I want. Since I graduated college, I have been working primarily as an illustrator. However, I just recently began working as a producer on a short CG film called “Essence,” directed by Sari Rodrig. 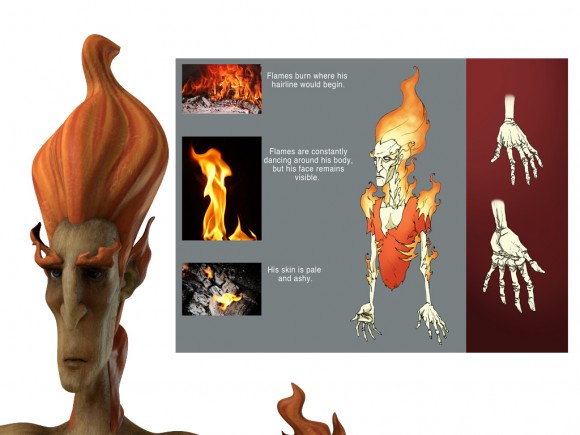 If you don’t know Sari Rodrig yet, you will. I met her while working as an orientation leader at the School of Visual Arts in New York. At the time, I was still neck-deep in film school and had no idea I would eventually be working in the comic book industry. However, I have always loved to draw, and was constantly doodling. Sari saw some of my artwork and asked me to do some concept art for her thesis film, a CG short called “Brother.”  I immediately said yes and ended up designing characters, props, and the location for her thesis film.

At the time, we didn’t imagine that “Brother” would go on to win 17 awards at film festivals such as the Student Emmys and Cannes Film Festival. The film is still making the festival rounds, stacking up awards constantly. It’s a huge honor and a little crazy to think that characters I designed have been seen literally all over the world.

Hot on the heels of “Brother’s” success, Sari has once again assembled a fantastic team of artists to create an incredible feat of storytelling. I began working as a concept artist on “Essence” several months ago, and just recently stepped up as producer. Now that preproduction is mostly over, we have begun funding for the long journey that is production. As producer, it is part of my responsibility to make sure this film gets funded. Which is stressful, to say the least. We have created a Kickstarter page for the project in hopes of reaching our budget. Our fingers are all crossed.

But now I need to get back to inking comic pages!