BREAKING IN: A Portrait of the Artist as a Young Man

Home » RANDOM STUFF » BREAKING IN: A Portrait of the Artist as a Young Man

Zach Brunner is like thousands of young turks trying to make it in the tough-as-nails world of comics. Brave of heart, Zach’s agreed to chronicle his efforts trying to climb up through the ranks. He’ll be checking in every couple of weeks or so. Here’s Zach on how he started this journey:

I remember when I was seven years old my parents took me on a tour of the Marvel Comics offices in Manhattan.  I had always loved to draw and my parents thought I would really enjoy the experience.  Needless to say, I loved it.  I got the opportunity to see actual artists hunched over their drawing desks, working out details on comic book pages as our little group of tourists passed by and watched in awe.

At the end of our tour, we received several free comic books.  I happened to get an issue of Uncanny X-Men, Psylocke vs. Sabretooth.  I was instantly hooked by Joe Madureira’s amazing drawing style and began to teach myself how to draw by studying his work. 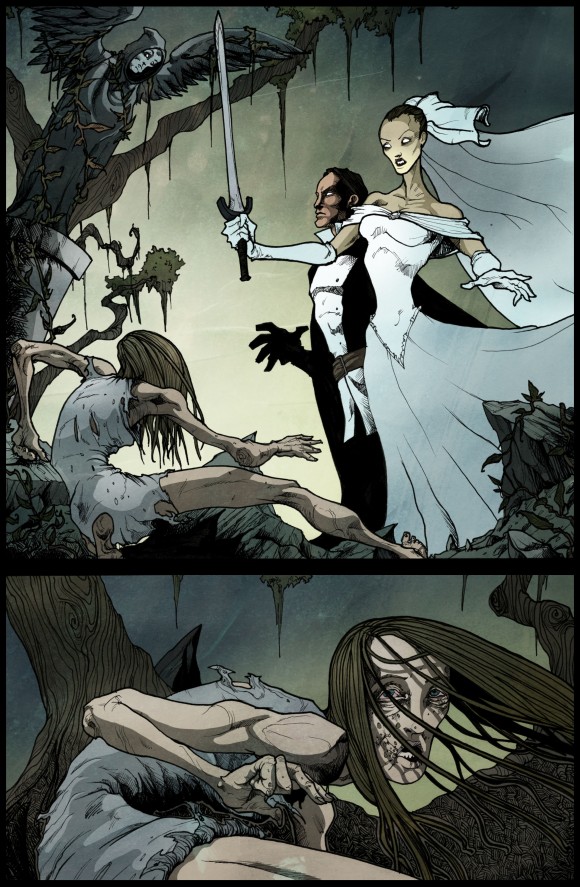 From the graphic novel “The High Cost of Happily Ever After,” written by Jim Krueger

Shortly after the visit to Marvel, I told my parents that I wanted to be a comic book artist. Gently, my mother told me to try and find a more financially worthwhile job. She wasn’t trying to turn me away from my dreams; she was just trying to protect my future.  I listened.

I graduated high school and attended the School of Visual Arts for Film and Video. My dream was to become the next Quentin Tarantino, Peter Jackson, and Guillermo Del Toro, all rolled into one. But as much as I loved working hard with a team of people to create movie magic, the stress level burned me out quick. I realized that I strived for a quieter, more creative career path.

During my final year at SVA, I began taking an illustration class with John Ruggeri, Illustrator Extraordinaire. My drawing capabilities jumped through the roof, and I was blown away with how far John brought me as an artist.  To this day I owe my professional life to him. 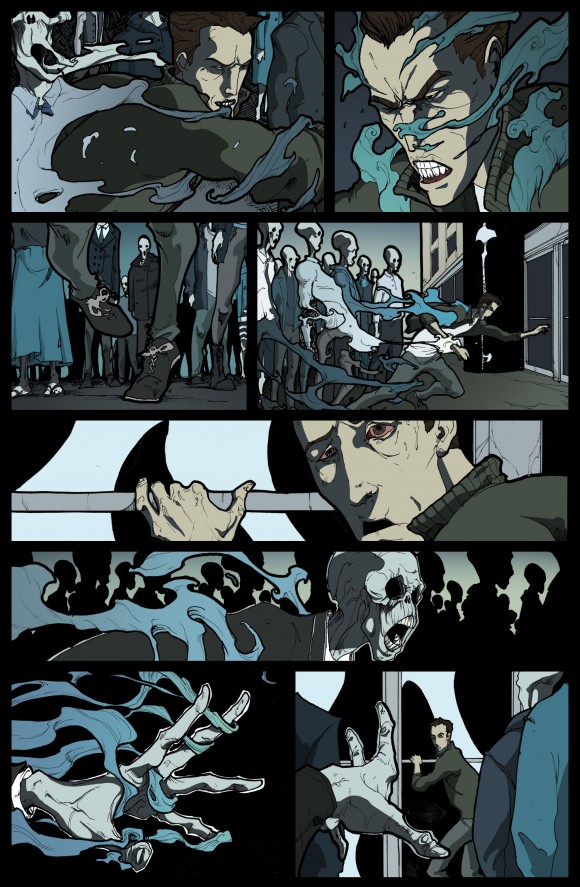 From the graphic novel “Runner” written by Jim Krueger

After school ended, I had the opportunity to meet Jim Krueger, Writer Extraordinaire. He liked my artwork and was generous enough to give me a graphic novel of my own to work on. That book is now available on Amazon.  It is called “The High Cost of Happily Ever After.”

Since I began working on “High Cost” two years ago, not a single day has gone by since I have not been employed as an illustrator.  I’m baffled as to how I have maintained a career thus far as a comic book artist. 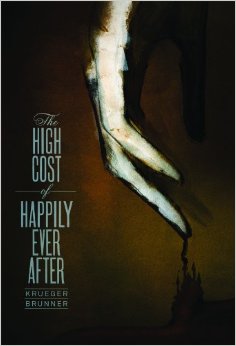 I look back fondly at that conversation I had with my mother. I had no idea that almost fifteen years later, I would be working steadily in the field that she had warned me against.  Well, I’m doing all right so far.

Here’s to my drawing hand not falling off. 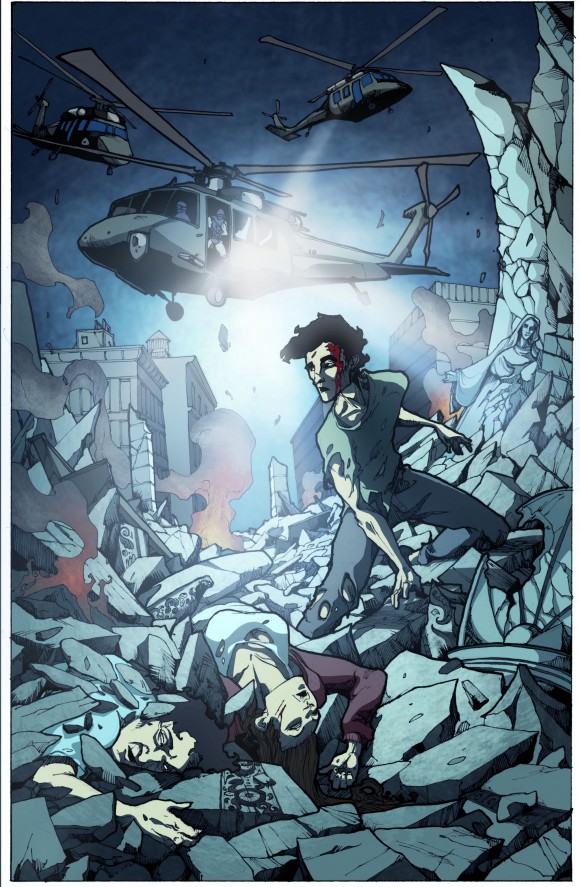 From the graphic novel “Christopher Rising,” written by Maurice W.