BEYOND BIONIC: 13 Reasons RICHARD ANDERSON Was So Cool

John S. Drew is best known to 13th Dimension readers as the host of The Batcave Podcast. But he’s also an authority on all things bionic, with The OSI Files Podcast. When Richard Anderson died this week, John was the first person I turned to for a remembrance of the man who was Oscar Goldman. — Dan

When Dan asked me to write this tribute to the late, great Richard Anderson, who died this week at the age of 91, I didn’t know where to begin. For many people, when you say Richard Anderson, the first thing they say is MacGyver. He shared his name with the star of the popular ’80s TV series, Richard Dean Anderson.

Show them a picture, and many will say Oscar Goldman of The Six Million Dollar Man and The Bionic Woman or Chief Engineer Quinn from Forbidden Planet. There is so much that one can say about Richard Anderson because he had a long and storybook kind of career — which began when he saw a Gary Cooper movie and he decided to become an actor.

Over the years, he has played a variety of roles from cowboys to spacemen to lovers to fighters to straight man to comedy. In everything he appeared in, he was always the calm, cool, collected one.

I recently discovered a song called Cool Like Oscar Goldman by the Ovoids. It got me thinking, “You may be cool, but are you cool like Richard Anderson?”

Here is a list of 13 cool things about Richard Anderson, in no particular order:

1. Anderson played the same character on three different networks. His character, Oscar Goldman, appeared in both The Six Million Dollar Man and The Bionic Woman from 1976-1977 on the ABC Network. That in itself seems cool. Then The Bionic Woman moved to NBC. He was now playing the same character on two different shows on two different networks from 1977-1978. Flash forward to 1994 when he appears as Oscar in the final reunion movie, Bionic Ever After? On the CBS Network. Cool.

2. Anderson appeared in an episode of The Green Hornet, “Ace in the Hole.” I mentioned his ability to do comedy. Here, he plays a mobster being played against other mobsters by the Hornet in an episode that clearly was trying to be comedic. I say trying. But Anderson is great in it. Cool. 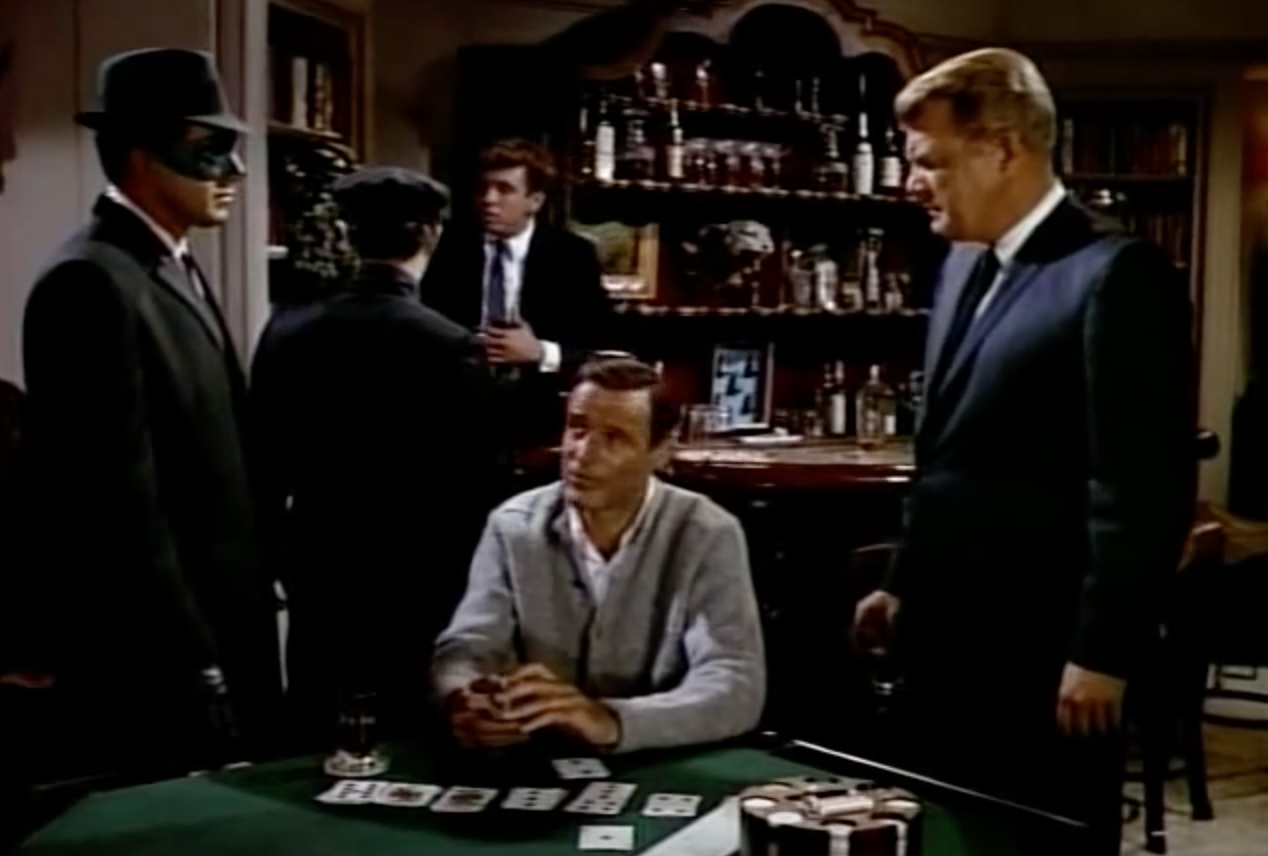 3. Anderson appeared in the pilot episode of Knight Rider. He plays the doctor who saves Michael’s life and performs the plastic surgery that changes him to Michael Knight. I have to admit, it was disappointing not seeing him return the following week as a regular on the show. But cool. 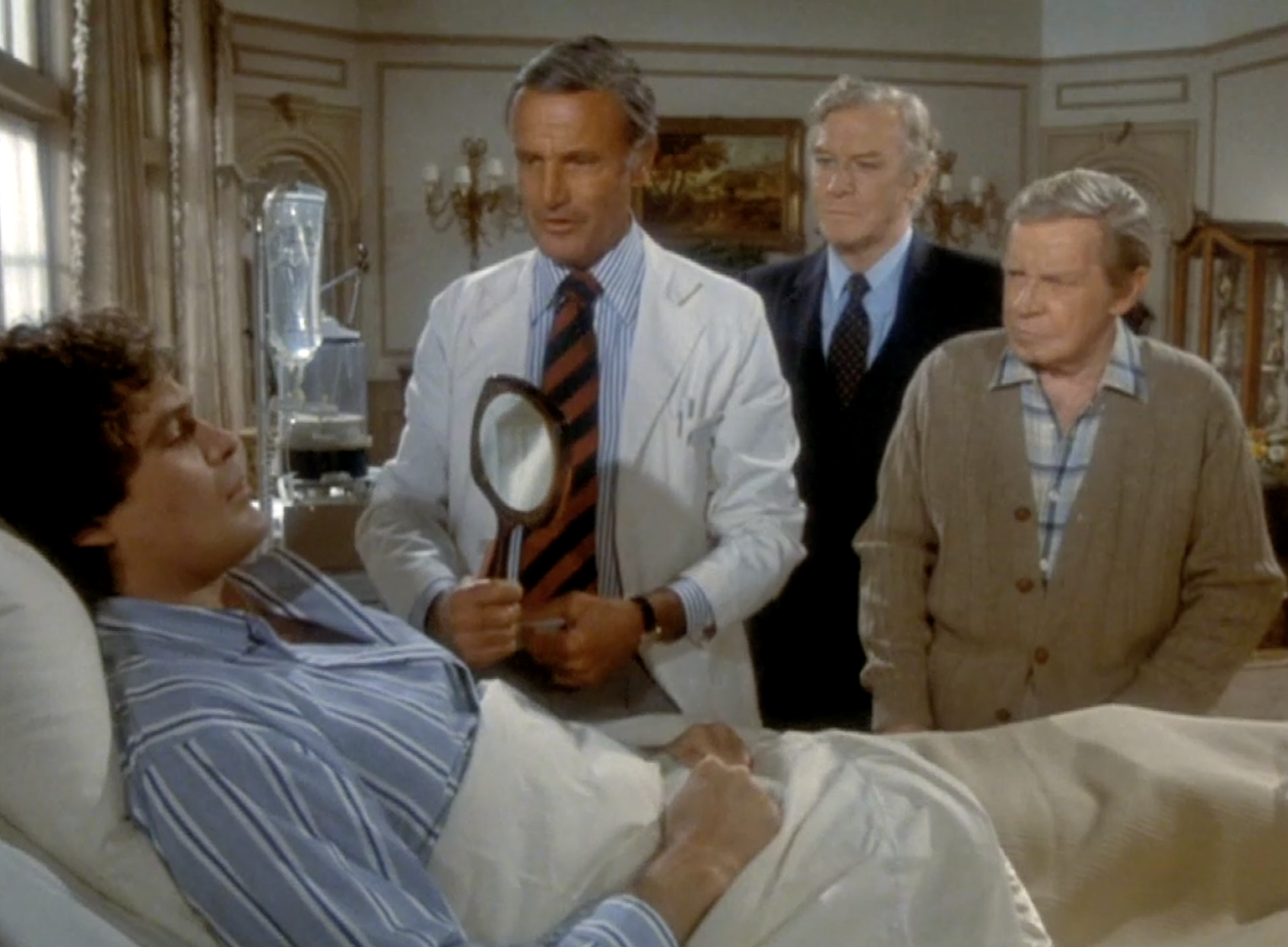 4. Anderson’s first role was in The Pearl. I have to admit, I don’t remember this. By day, I’m a high school English teacher and for years I showed this 1947 film to my students for years and I would think I’d remember that. I’ll have to revisit it at some point. Cool.

5. Anderson appeared in a story arc of the ’60s version of Zorro. He played the love rival, Ricardo del Amo, to Guy Williams’ Don Diego de la Vega, also known as Zorro. This was where I first noted Anderson’s comedic ability as he was often the butt of the joke as he tried to capture Zorro to impress Anna Maria Verduga. Cool. 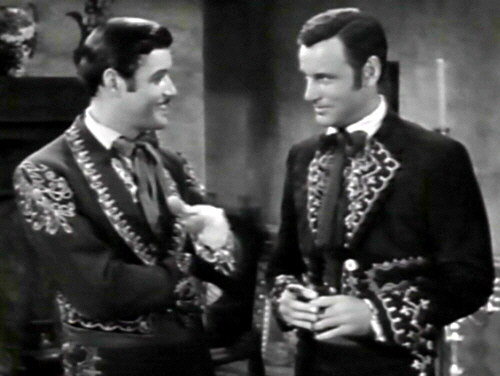 6. You’ve heard of the Picard Maneuver? Long before that, there was the Oscar Goldman Move. Anderson often wore glasses, whether prescription eyewear or sunglasses. As a means of placing emphasis on a line or scene, he would often slowly remove his glasses to great effect. Cool.

7. Anderson appeared in four episodes of Gene Roddenberry’s first television show, The Lieutenant playing Lt. Col. Clinton Hiland. On my old podcast, Cyborgs, I joked that The Six Million Dollar Man and The Bionic Woman are bridge shows between Star Trek and Star Trek: The Next Generation because the two bionic shows featured so many Trek actors, writers, producers and directors. Cool. 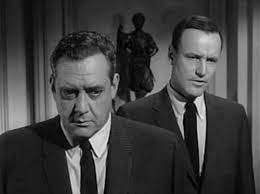 9. Anderson worked with Lee Majors prior to The Six Million Dollar Man in several episodes of The Big Valley. Cool. 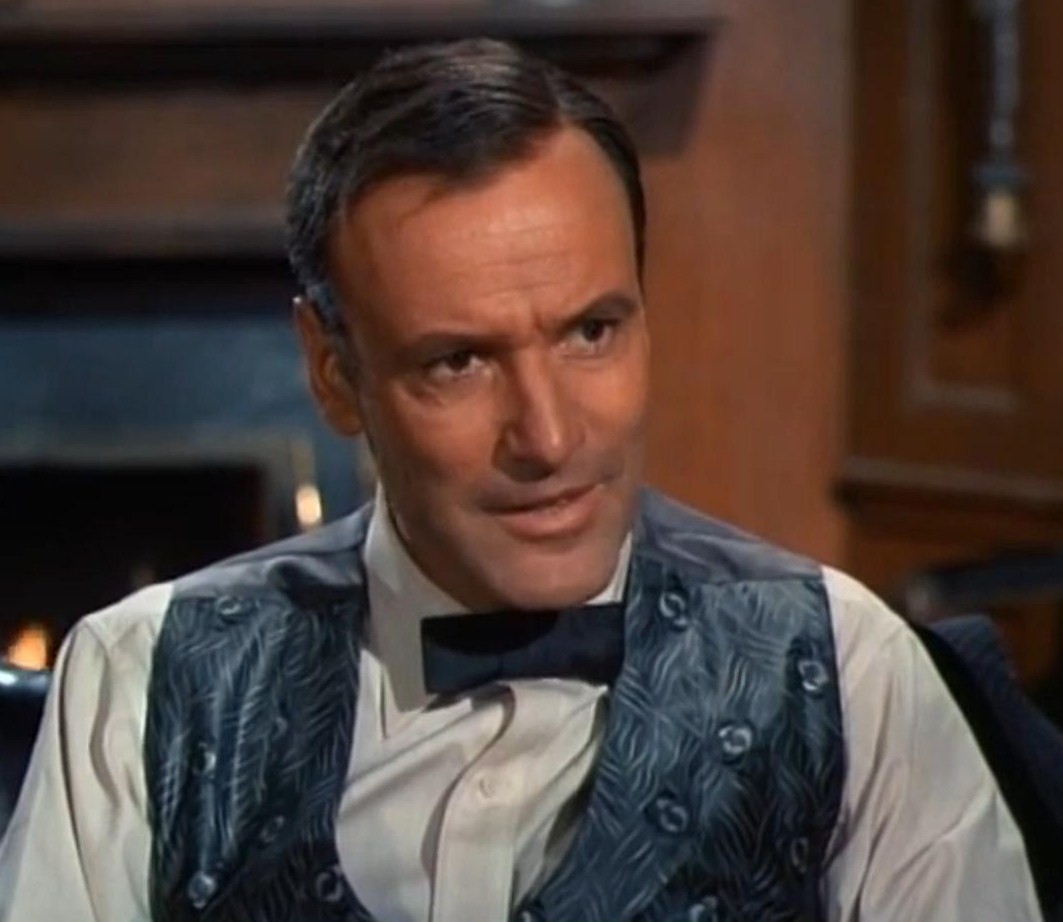 10. Anderson was always on screen with a nice tan. It was always natural. He was a firm believer in keeping a healthy glow and tanned himself daily. The man lived to 91. There may have been something to it. Cool.

11. Anderson was a series regular on the short-lived Dan August, starring Burt Reynolds, prior to his being cast as Oscar Goldman on Six Million Dollar Man. Cool. 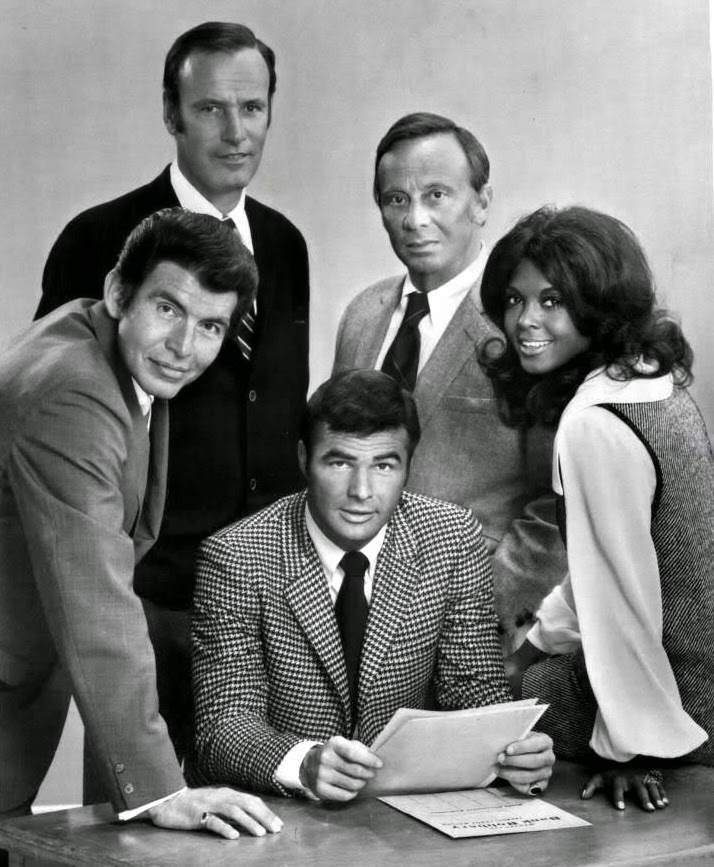 12. Anderson did not play the role of Oscar Goldman throughout the entire run of The Six Million Dollar Man. In the pilot movie, Darren McGavin played Oliver Spence, the head of the secretive OSS that gives the go-ahead to make Steve Austin bionic. His too-aggressive and acerbic behavior was considered too much for the series of movies to follow. His character was not one from the novel Cyborg, by Martin Caidin, that the series was based on. For the subsequent movies and TV series, Richard Anderson stepped in as Oscar Goldman, a character from the book. While there would have been some interesting tension between Austin and Spence, Anderson’s more warm, yet authoritative Goldman proved to be the right chemistry for the two stars of the show. Cool.

13. McGavin and Anderson would work together in the second Night Stalker movie, The Night Strangler. He played the pseudo-vampire in the film. Cool. 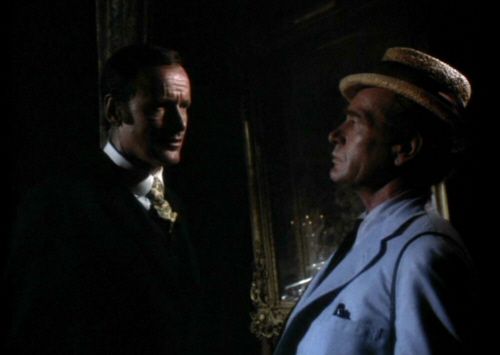 Richard Anderson, the man with the plan and the permanent tan. We should all be as cool. 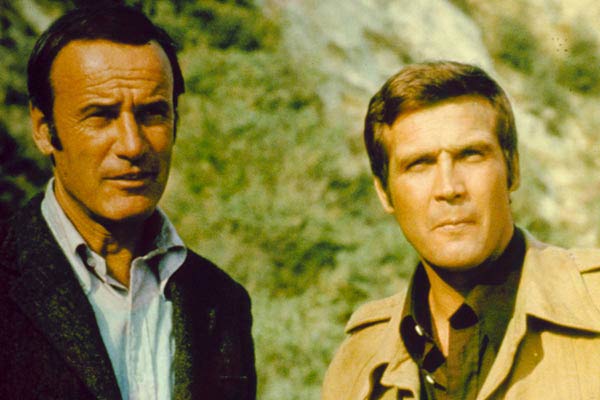