Beneath the STAR TREK/PLANET OF THE APES Variant Cover

How a Mego rarity ended up on J.K. Woodward‘s variant for #4.

As soon as I saw the variant cover to Star Trek/Planet of the Apes: The Primate Directive #4, I had a laugh.

There was Spock, trapped in the weird Mego Planet of the Apes Throne used to torment the Astronaut 40 years ago. 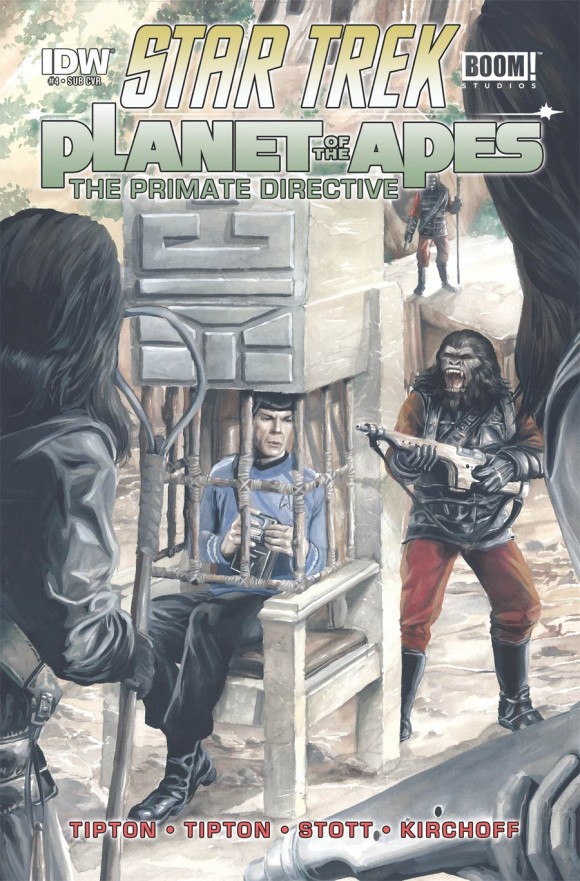 Even funnier was that Scott Tipton, co-writer of the limited series from IDW and Boom! with his brother David, had sent us a picture months ago to use for a piece about his own Mego madness. 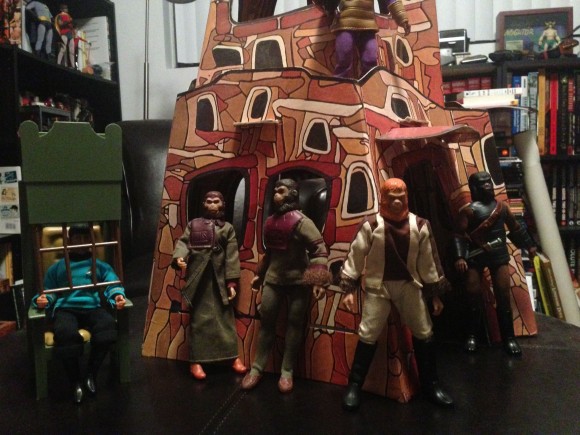 “Spoiler?” I wondered. Well, I was close.

Turns out there’s a really cool story behind the cover by J.K. Woodward.

“At San Diego Comic-Con, last year, I found the Mego Throne and immediately bought it,” Scott e-mailed me when I asked. “I showed it to J.K. and my brother, who looked at the great painting on the box and were both immediately like ‘That should be the cover! Put Spock in there!'” 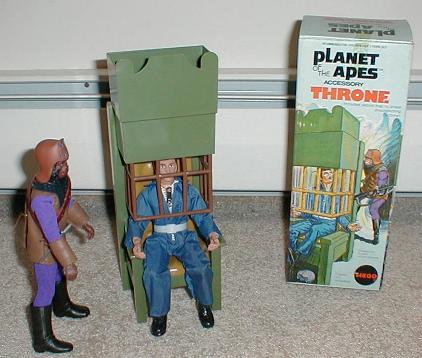 Woodward recalled: “I remember Scott showing me the toy he had. I immediately wanted to include an homage to the package art for a cover. I asked Scott what he thought of that and he came back with an idea from Dave to put Spock in the chair with a tricorder. I purposely did the gorillas to look more like the Mego toys than what they looked like in the movies. I wanted this to speak to fans of the Mego toys.

“I knew they’d appreciate it,” he added.

Star Trek/Planet of the Apes: The Primate Directive #4 is out now.