Cartoonists Josh Bayer and R. Sikoryak will be reading and signing their new Rotland Dreadful comics at Desert Island on Tuesday, August 19. 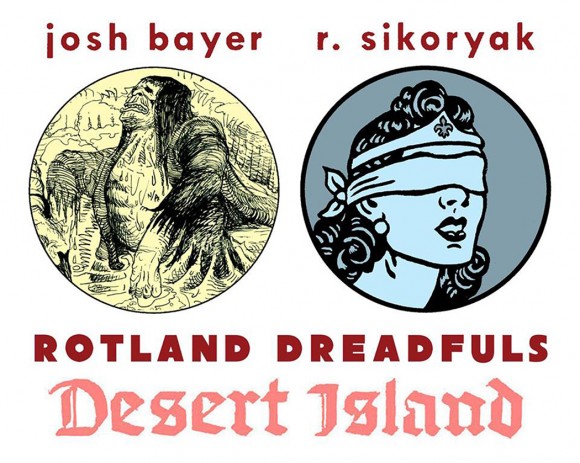 The ROTLAND DREADFULS: A Bulletin of the Cheap & Sensational, is a new series from ROTLAND PRESS of Detroit, Michigan. Each issue is a nod to the cheaply-produced 19th century English pamphlets known as “Penny Dreadfuls”—so named because the original cost was one penny and each issue contained stories considered shocking and sensational. 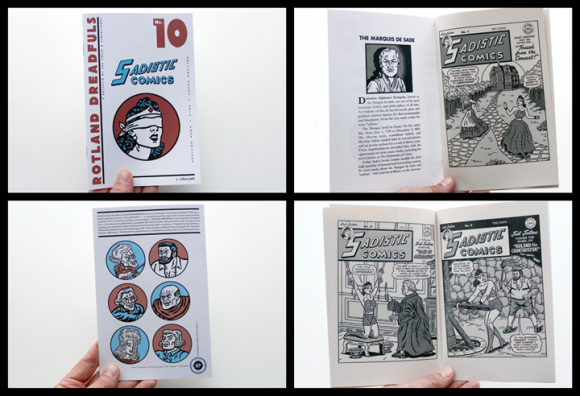 Other issues in the ROTLAND DREADFULS series, also available for purchase throughout the evening, are by Gregory Jacobsen, Ian Huebert, Cole Closser, Onsmith & Sanya Glisic, and Chris Cilla. 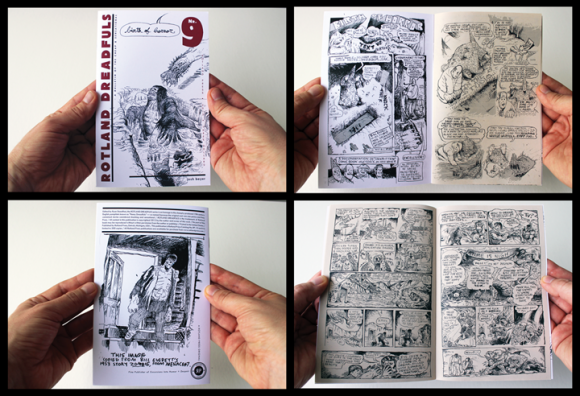 M. Sweeney Lawless will read the part of “Just Justine.”