MERCH MADNESS: For, y’know, when you lose your powers.

Batman’s always had it over Superman in the gadget department. Even the Fortress of Solitude pales in comparison to the Batcave.

But on those rare occasions when Superman loses his powers — and Batman gets them — well, then the Man of Not Quite Steel needs a ride, y’know?

Not the goofy Bronze Age spaceship with the gigantic hands… 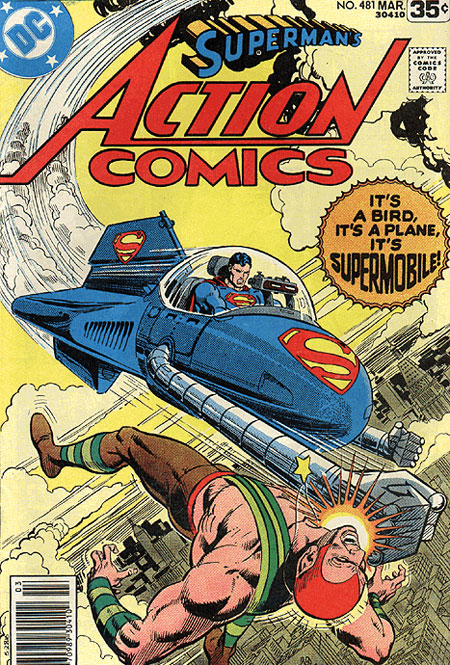 I’m talking about the blink-and-you’ll-miss-it ride from the pre-Silver Age — from 1955’s World’s Finest #77 — a vehicle that made sense to highlight during BATMAN/SUPERMAN WEEK. 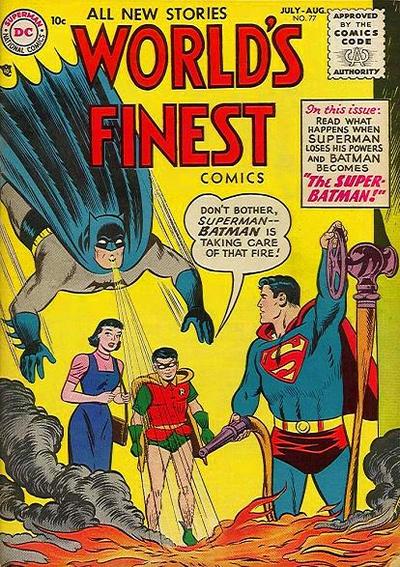 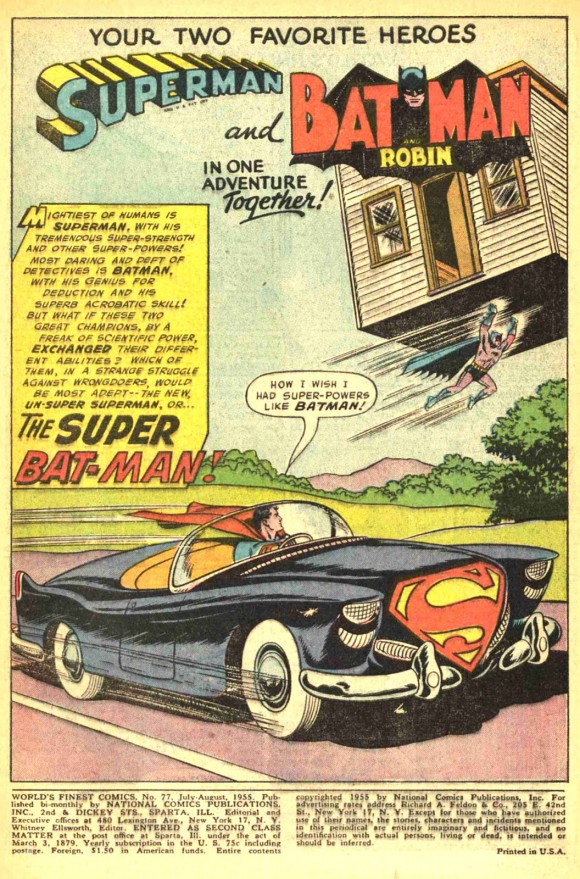 And Eaglemoss, as is typical, dug deep in the Batvaults to produce a model of it — on sale as Batman Automobilia #72. 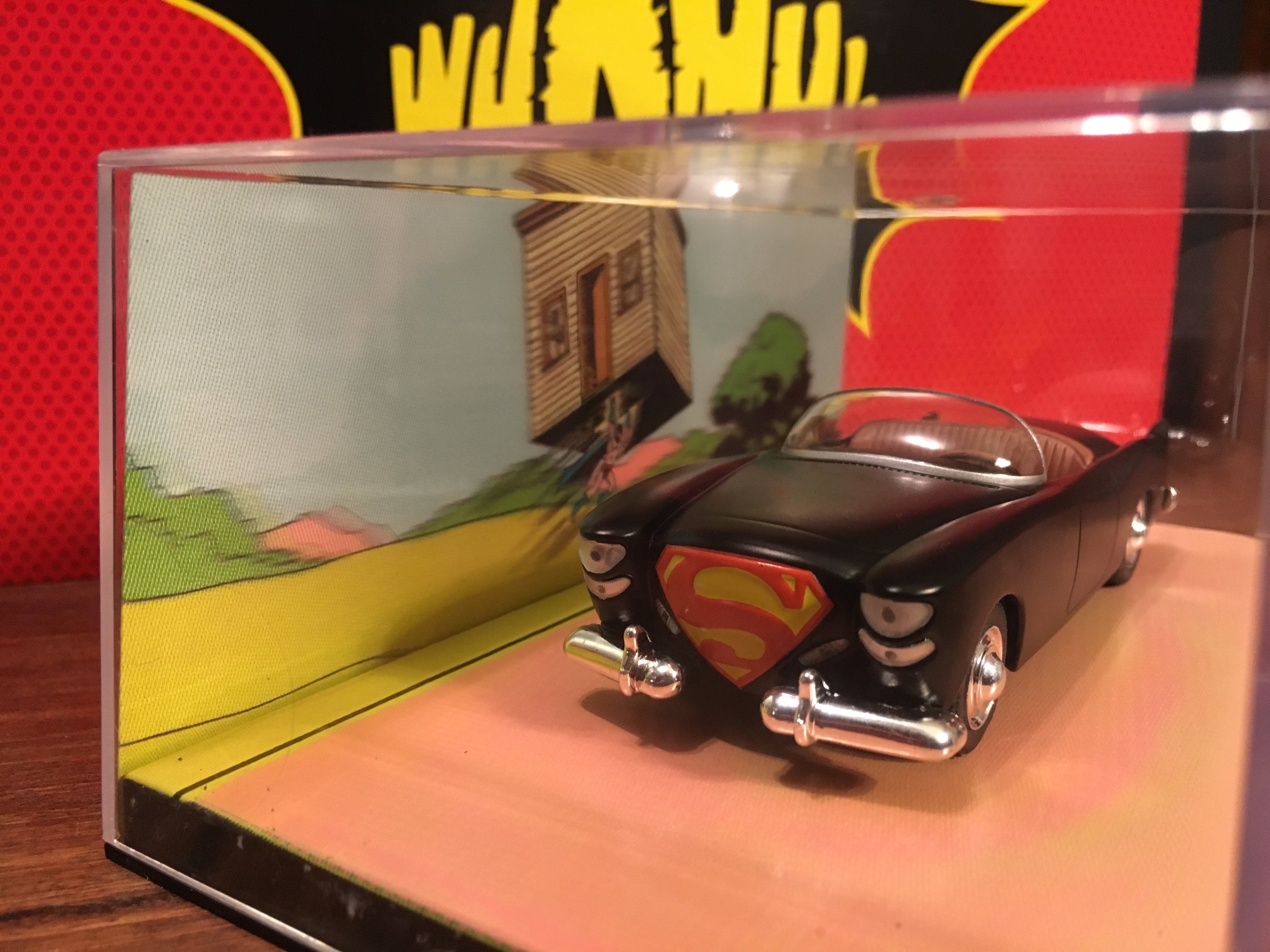 The Supermobile is basically a convertible with a big, red S on the front. (Interesting that Batman wouldn’t get a convertible of his own until 1964.) The lenticular 3D background features a flying Batman carrying a house, ripped straight from the splash page of World’s Finest #77. 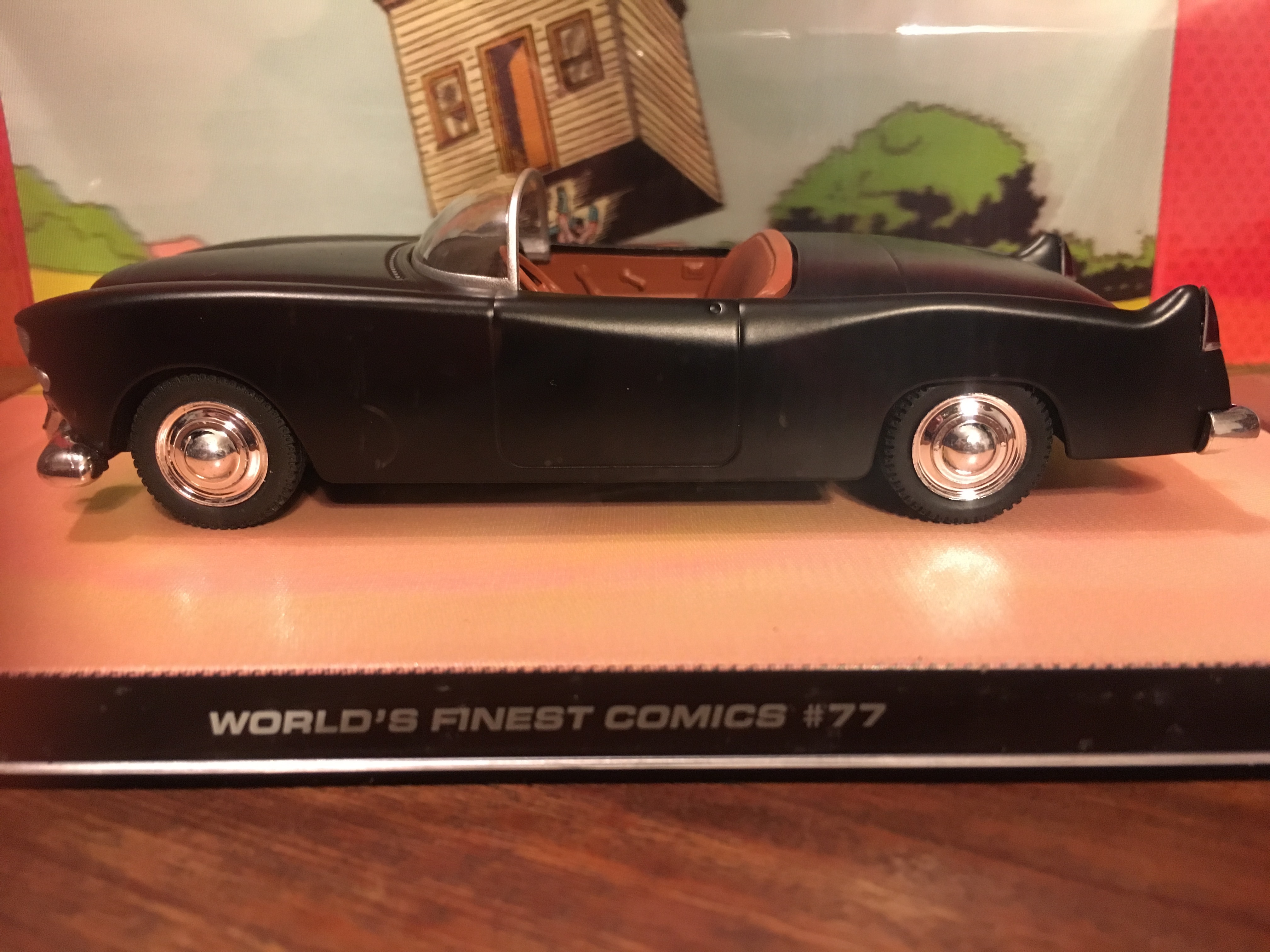 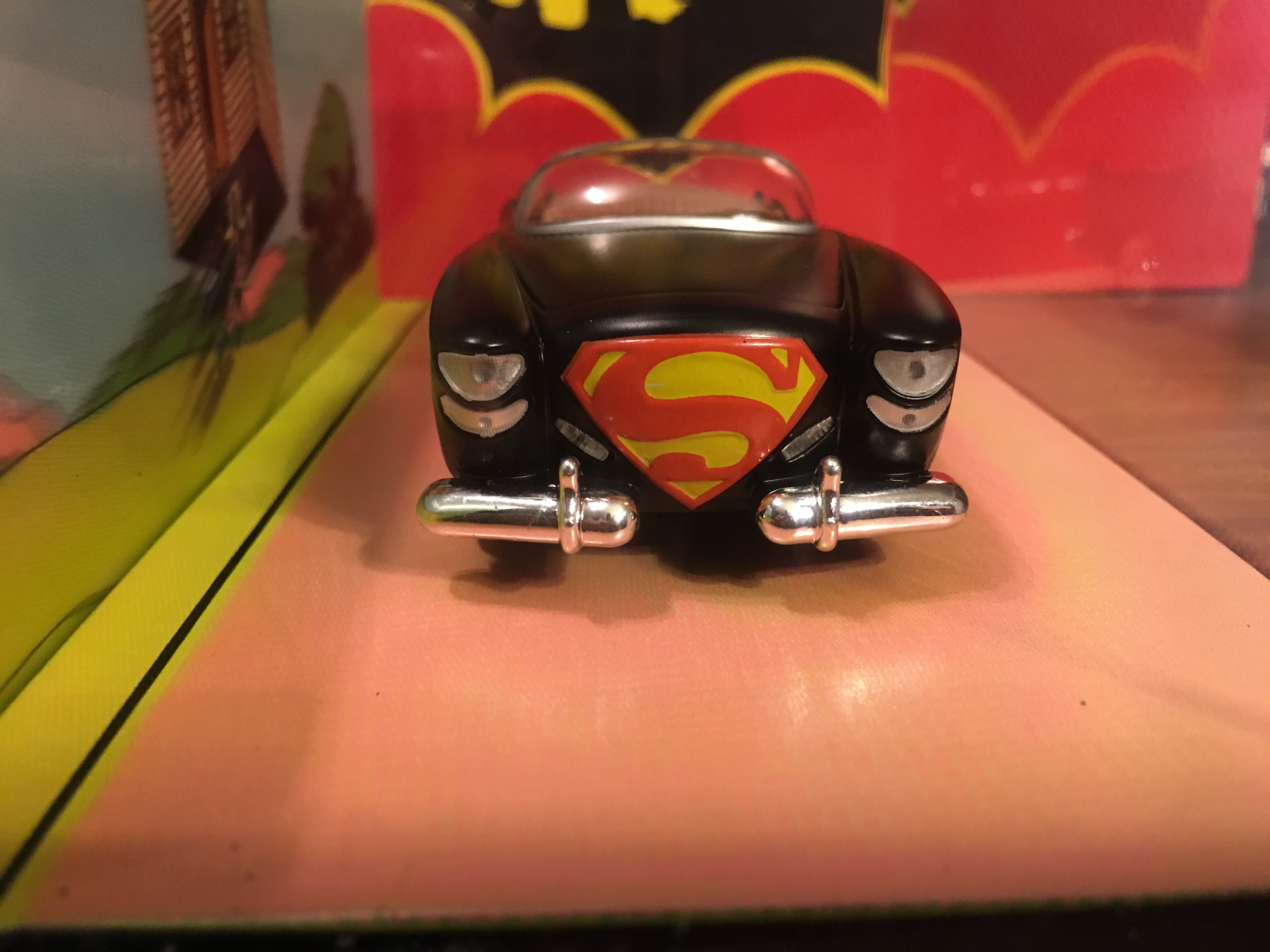 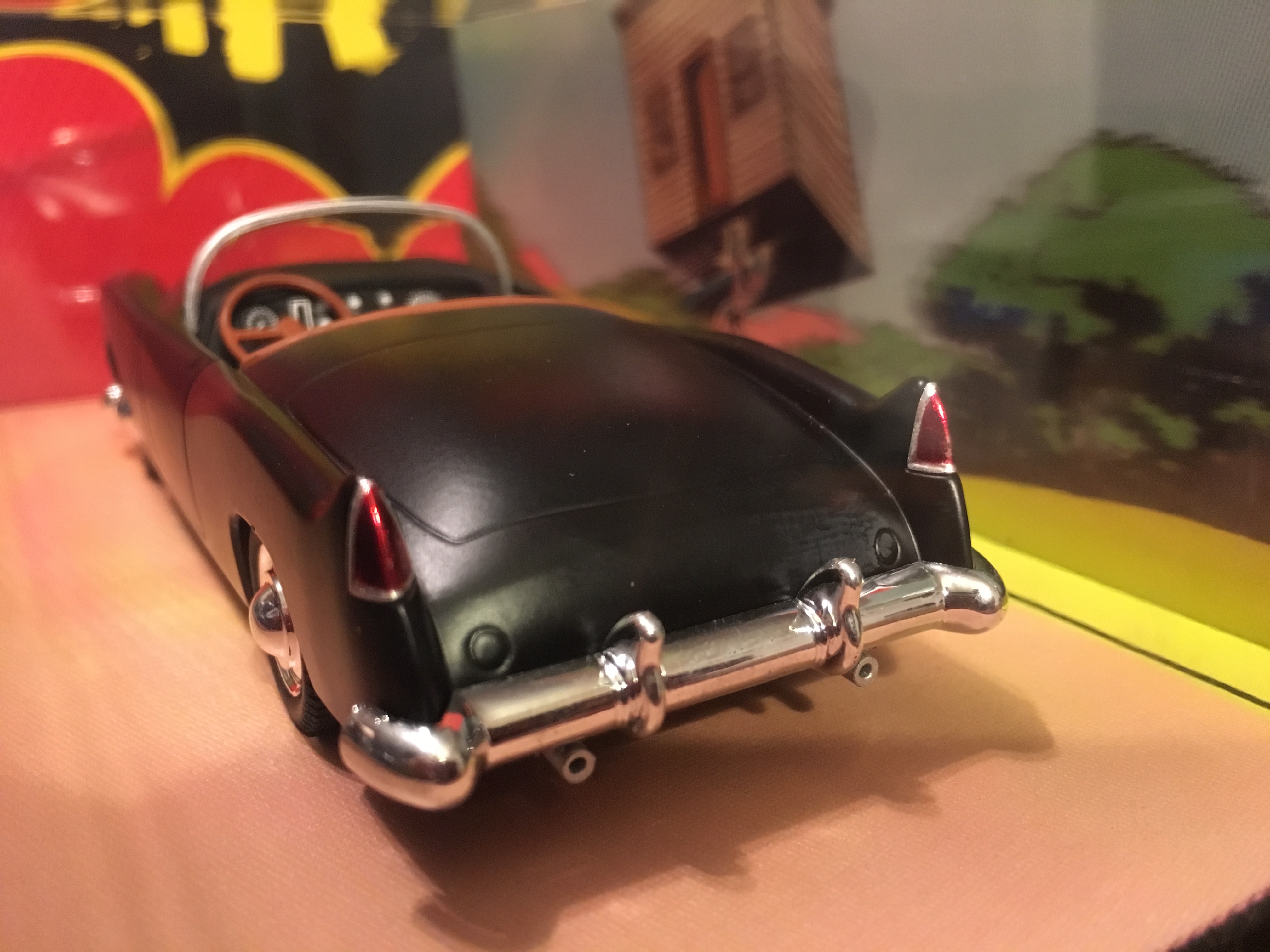 The cost, including the full-color magazine, is about $20. You can get it through your comics shop, online retailers or through Eaglemoss itself, either by subscription or individually. (It’s on sale at Eaglemoss for about $17, as of this writing.) 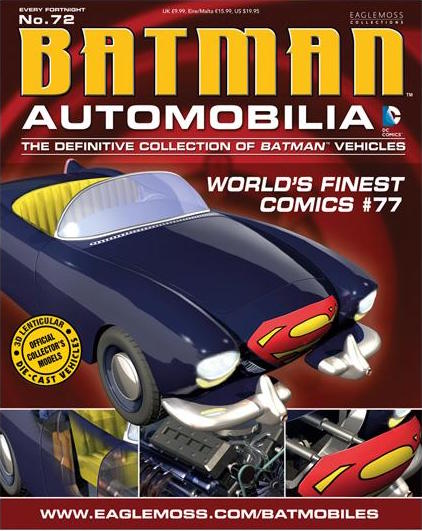