The eighth and final installment of the video-game prequel goes live today. 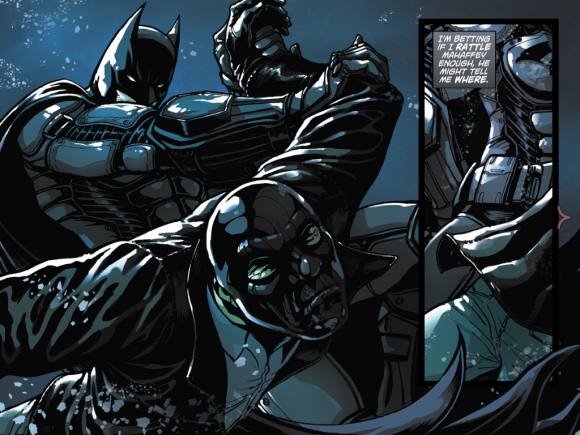 Batman: Arkham Origins is what DC’s branded a “DC2 Multiverse graphic novel.” In addition to viewing limited animation, readers can choose the paths they want the story to take.

The Madefire-DC co-production is now available it its entirely on iOS devices and available for download in the iOS app. It’s also available on the Madefire Motion Books App.

Says the official announcement: “The story offers several possible outcomes, with multiple story branches – some lead to Batman’s success, while other choices have deadly consequences. Readers who purchase the series are rewarded with two skins for the Batman: Arkham Origins game: the exclusive New 52 Metallic Batman and Injustice Batman.”