The late, great Cesar Romero was born 115 years ago on Jan. 15, 1907. Sure, he had an acting career that lasted decades but he will always be, first and foremost, the Joker from Batman ’66. (He was the first to play the Clown Prince of Crime on screen, as it happens.) 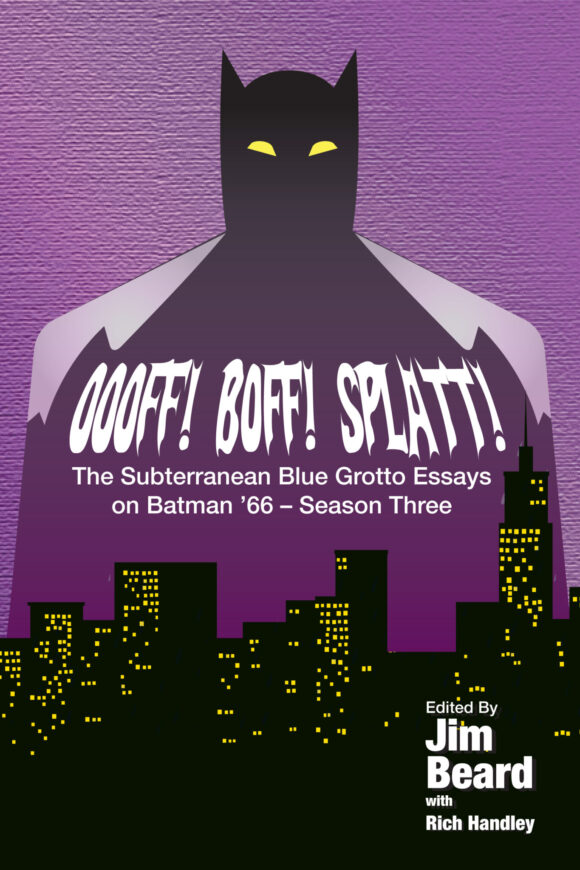 Plus, if you want to catch up with the first two volumes, click here and here. 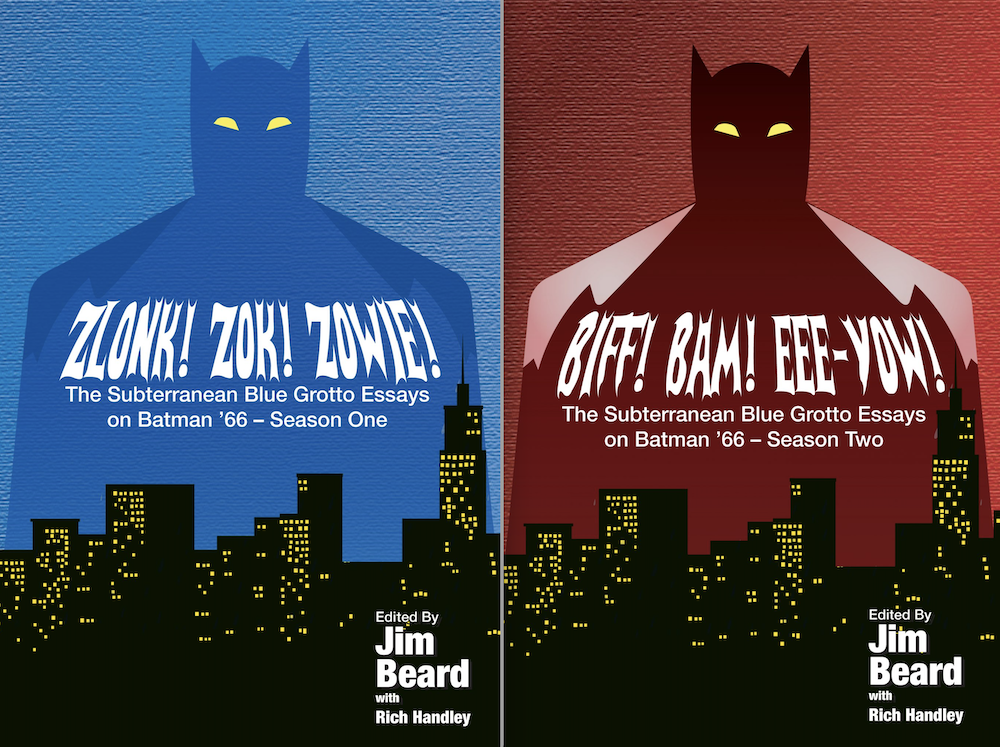 Right on. Here’s Jim with THE JOKER’s TOP 13 DEVILISH DEVICES:

When I think of the Joker, I think of Cesar Romero. I can’t separate the two. Despite all the other actors who’ve assayed the role, it’s still Cesar for me after all these years—far more than 50, in fact.

When I think of his Joker in the 1966 Batman series and feature, I also think about all those wonderful toys he had. Batman had his own share of incredible, impossible inventions, but when you peel back the spiny leaves of the artichoke, you’ll discover the Clown Prince of Crime not only had his own astounding props, but that Cesar Romero obviously had a delightful and delicious time using them on screen.

What better way, then, to celebrate the great man’s birthday than running down a larcenous list of 13 of those devilish Joker devices? 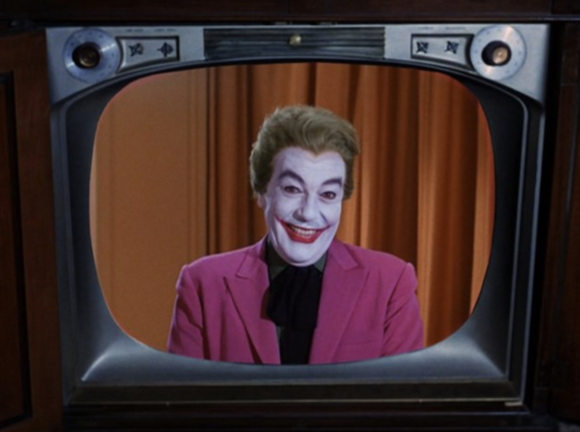 He Got a Good Belt Out of It. The Joker wasn’t laughing at always being on the receiving end of Batman’s belt—that is to say, all the Bat-gadgets in the Caped Crusader’s utility belt—and so in “The Joker is Wild” he created his own, complete with Joker-face belt buckle, of course. Coin in the Slot, See What You Got. In “The Joker Goes to School,” the Hateful Harlequin schools Batman in the real use of vending machines—to commit crimes, naturally. I especially like the one with the shotgun. I got a real blast out of it. 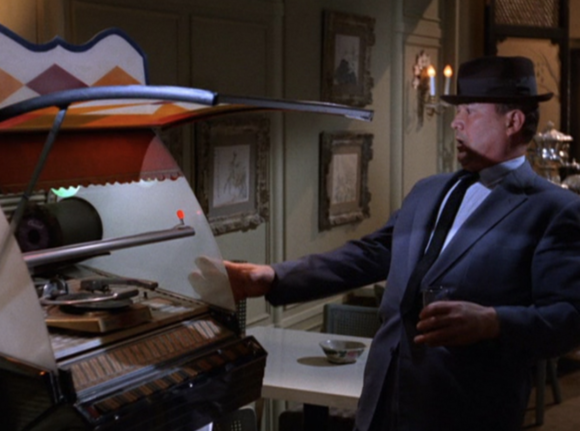 No Way to Treat a Lady. Romero’s Joker always had a way with the ladies, possibly more than any other perpetrator in the show, but a bottle of poisoned perfume to poor Susie the cheerleader (Donna Loren) in “He Meets His Match, the Grisly Ghoul” has got to be a tincture of terror too far. 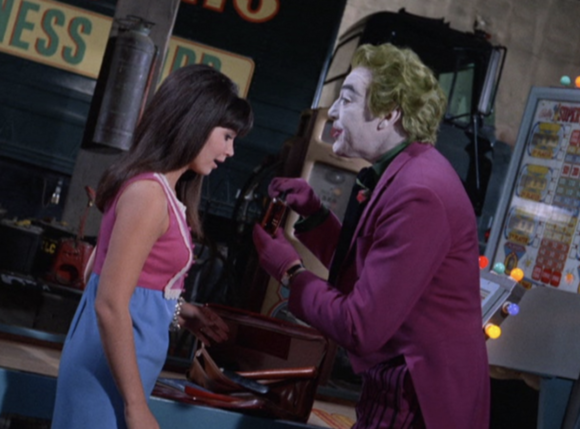 Always a Little Ray of Moonshine. Here’s where it starts to get improbable, nay, nigh impossible concerning the Joker’s inventions. If the disappearing van with the folding mirrors in “The Joker Trumps an Ace” wasn’t incredible enough, he produces a Funny Ray that neutralizes everything in the Dynamic Duo’s utility belts—electronic and mechanical! How? Don’t ask or the joke’s on you! A Springboard to Silliness. In the Batman feature film, the Ghastly Ghoul unveils his special Jack-in-the-Box, a one-way ticket into the tender embrace of the Penguin’s exploding octopus. Help! Its eight arms to hold you are too high a cost for a boisterous bounce with the Joker!

The Key to Space and Time. All right; let’s unpack this one, shall we? The Joker’s special key box in “The Joker’s Provokers” can seemingly control time itself—or can it? One must fold in things like the villain’s past career as a hypnotist and his little key-shaped pills into the debate, but regardless, it all adds up to one amazing ability for the Mirthful Mountebank. 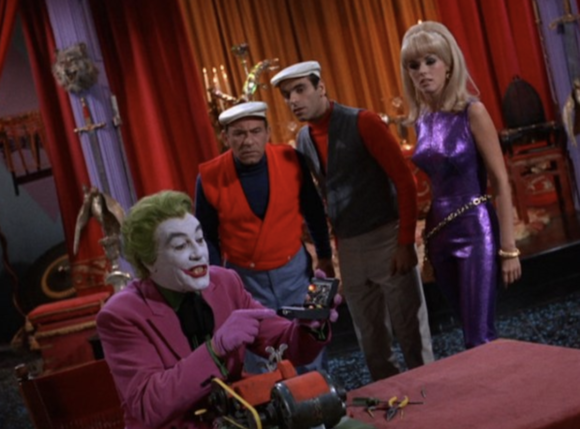 Wand-Maker to the Stars. The first of the Second Season’s three-parters is not only a favorite of mine, but also a cornucopia of contraptions for everyone’s favorite laughing man. In “The Zodiac Crimes,” the Joker wields a wand that gives Gordon and O’Hara a jolt of joy-juice. 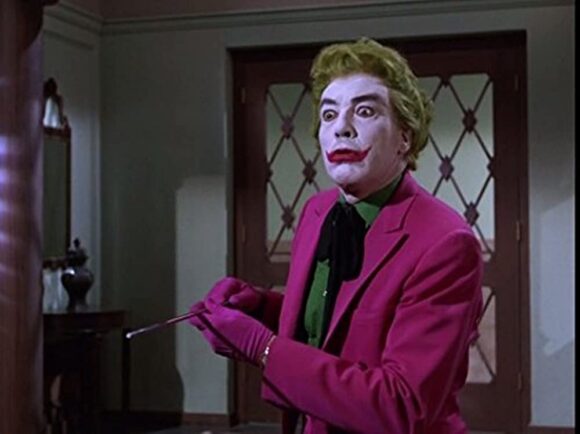 BOOM! I just love the Joker’s Pisces pick-up and galloping getaway on his trick truck in “The Joker’s Hard Times.” Of course, it’s just the studio’s boom-truck for filming special shots, but the sight of Romero riding high and laughing his keister off always warms my heart every time I see it.

Don’t Be Jelly. The sprawling three-parter wraps up with the introduction of Joker Jelly in “The Penguin Declines,” and if you can forgive the show’s shots of a near-nude Chief O’Hara covered in strawberry preserves, I think you’ll admit it was a devilish way to hold Gotham’s water supply hostage. 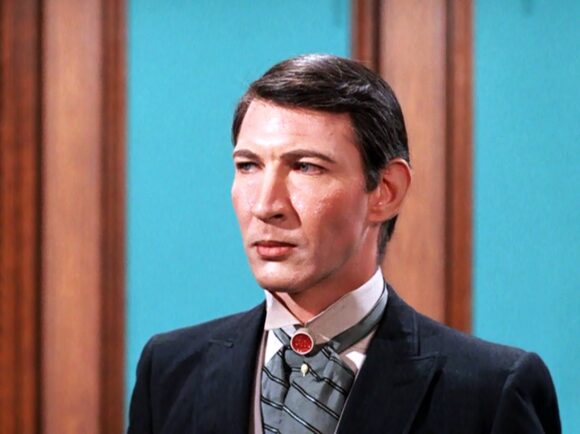 Chicks Dig the Car. While it’s true we all love the ’66 Batmobile—you do, don’t you?—I’ve always had a soft spot for the villainous vehicle known as the Jokermobile, as seen in “The Joker’s Last Laugh” and “Surf’s Up! Joker’s Under!” What ever happened to it? Well, at least we’ve had a couple of toy versions of it over the past few years. 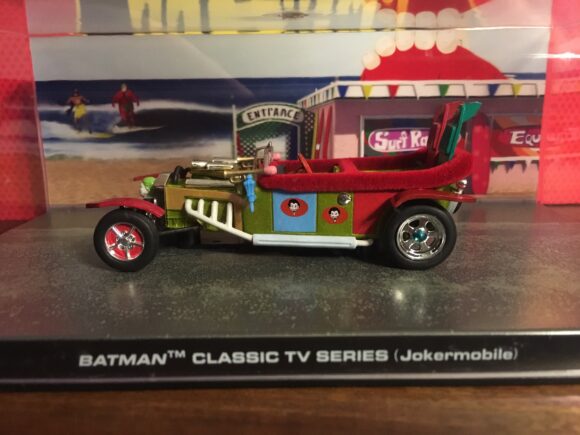 The Huh-What? The Surfing Experience and Ability Transferometer (with Vigor Reverser). I think I’ll just leave that right here for you to ponder. Or you could just watch “Surf’s Up! Joker’s Under!” and enjoy it for what it is. 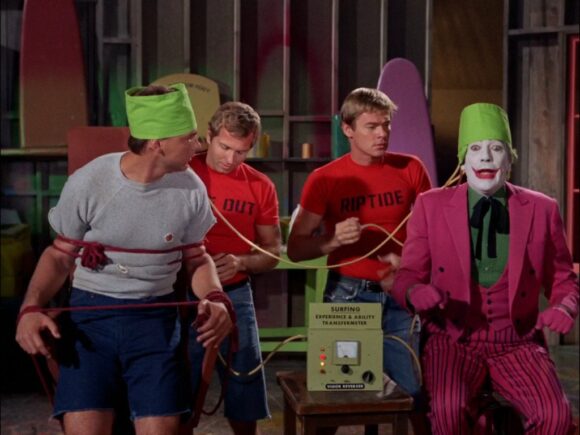 The Flying Sorcerer. In his very last performance of the Joker, Cesar Romero made us believe the Ace of Knaves built a flying saucer in the episode appropriately entitled “The Joker’s Flying Saucer.” And it flew. Into space. And came back down. Intact. With everyone in it still alive. Let that all sink in. It was delightful. And delicious. 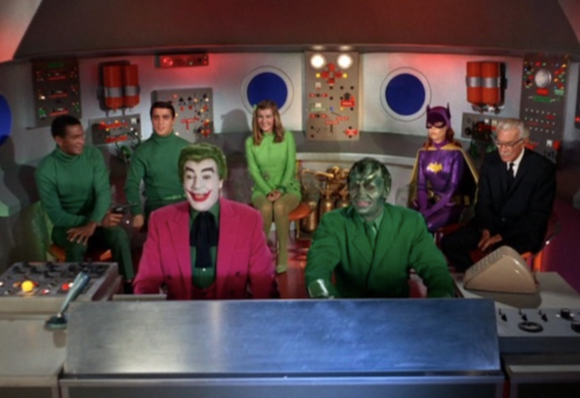