Batkid: The Most Important Story in Comics Today (UPDATED WITH OBAMA)

Home » Batkid: The Most Important Story in Comics Today (UPDATED WITH OBAMA)

Today, the city of San Francisco turned itself into Gotham City for the benefit of a 5-year-old boy who has been fighting one of the worst childhood villains: leukemia. This is what superheroes are supposed to be all about.

I’m not a maudlin guy but I get choked up every time I look at this.

You can read the full story here, but before we continue, here are excerpts from the AP (I’d link to the San Francisco Chronicle but, y’know, paywall):

With the help of the Make-A-Wish Foundation and the city, 5-year-old Miles Scott, aka Batkid, took off from Union Square in the morning in one of two Batmobiles — black Lamborghinis with Batman decals. Police escorted the Lamborghinis and closed off roads as they sped to their first caper: a damsel in distress on a cable car track.

Hundreds of people jostled for space, as the boy, a leukemia patient who’s in remission, dressed in a Batman costume and accompanied by an adult Batman impersonator emerged from the Lamborghini to rescue a woman. 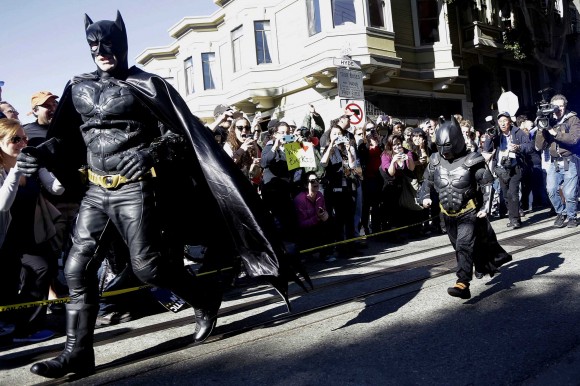 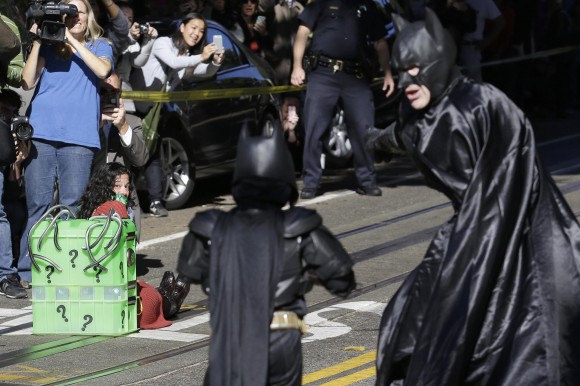 Miles looked overwhelmed and was bashful. The damsel sat on the street in a green dress and thigh-high black boots. She had a handkerchief around her mouth and her hands were bound behind her back. Batman and Batkid jumped on a trampoline, as the crowd roared. They rescued the woman and disabled a plastic replica bomb she was tied to. The two masked superheroes then took off to nab the Riddler as he robbed a downtown bank.

A flash mob will summon Batkid later in the day for another crime — the diabolical kidnapping of the San Francisco Giants mascot — Lou Seal — by the Penguin. A grateful Mayor Ed Lee will give Miles a key to the city after the crooks are corralled. Miles didn’t know what was in store for him and thought he was in San Francisco just to get a Batman costume so he could dress like his favorite superhero, KGO-TV reported.

Miles, who lives in Tulelake in far Northern California, was diagnosed with leukemia when he was 18 months old, ended treatments in June and is in remission. 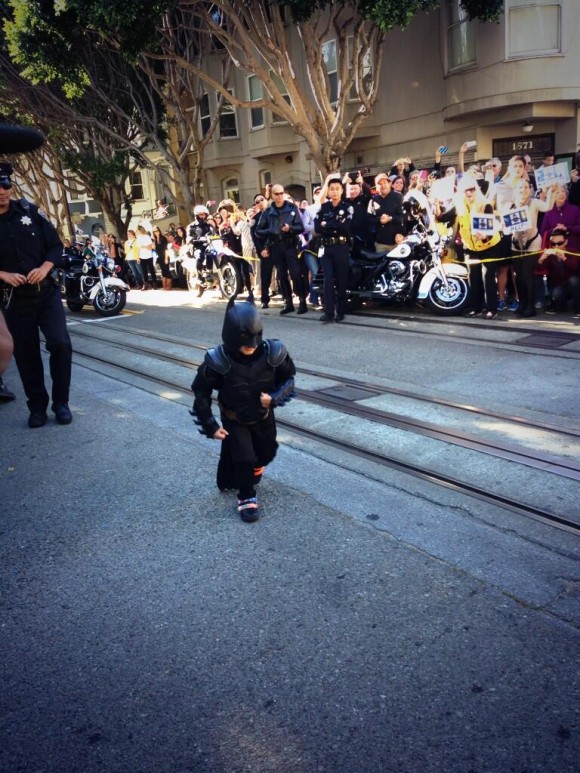 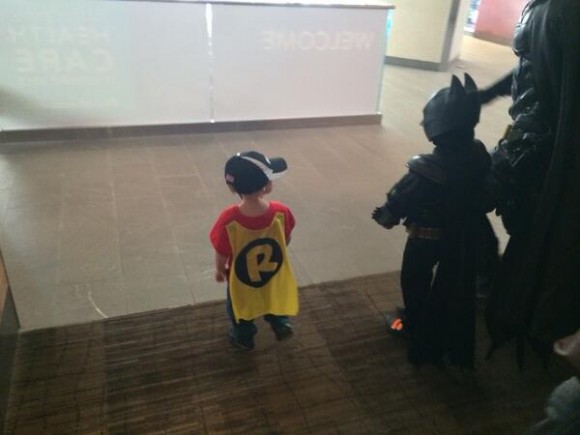 Paraphrasing a friend I just spoke to, I couldn’t give a shunk right now about who’s going to be the next penciller on this book, or what writer is walking off that book.

This is why we started reading comic books and this is why so many (if not enough) of us still do. Anybody who knows me, or who has spent any time on this site, knows how deeply I love Batman. And I’m really proud of that today.

Take a step back and celebrate this day because Batkid didn’t just save San Francisco today. He also saved a tiny corner of our souls. 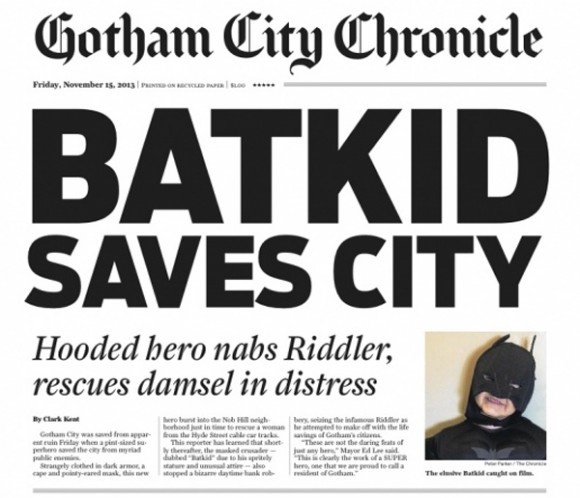 The Chronicle also put together a special-edition newspapers with the headline, “Batkid Saves City” — with the lead story by Clark Kent. Via Romenesko 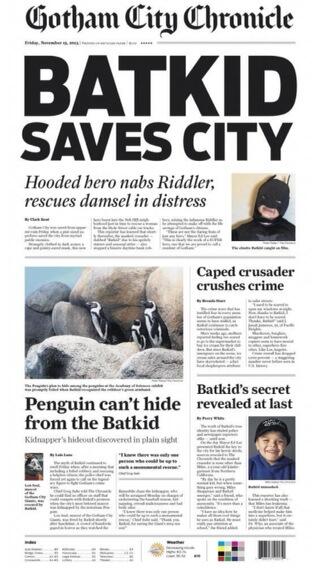 (UPDATED: Even Obama gets it!)