BATBOOK OF THE WEEK: We Are Robin #1

Brilliant concept. Looking forward to it.

The idea of We Are Robin — about a network of young Gothamites banding together as a do-gooding street gang under the Robin banner — is so obvious in retrospect that I can’t believe it’s never really been done before.

Sure, Frank Miller played with the notion in The Dark Knight Returns but there it was an uneasy concept tinged with violent ideology. Here, it seems hopeful and just the kind of thing that might happen in a world where Batman — and Robin — exist. 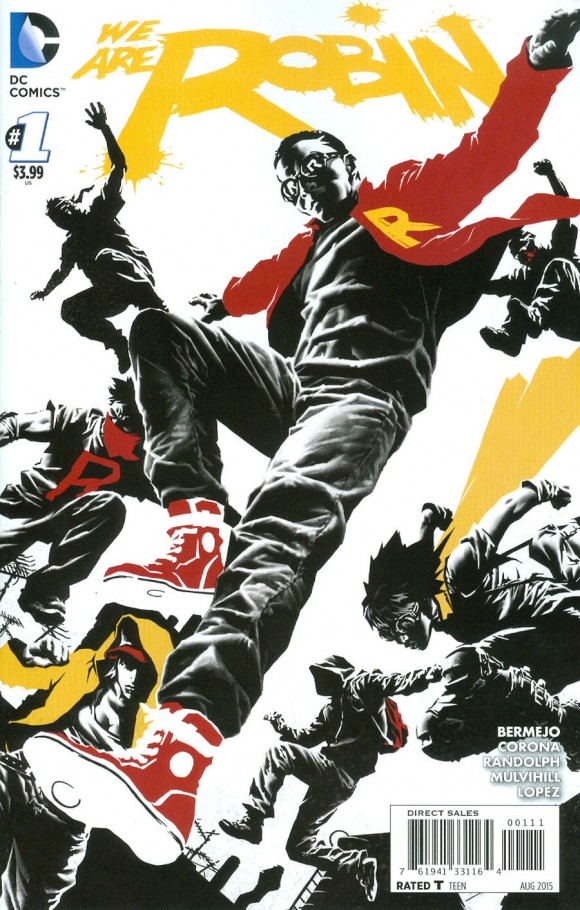 That said, I didn’t love the eight-page preview that was published in Convergence‘s second month. From a narrative standpoint, it was a little hard to follow with all the messaging back and forth between those who appear to be the central players in this Robin corps.

I had similar qualms when Batgirl moved to Burnside and I got over it soon enough, so my hopes remain high.

The action is brought to you by writer/cover artist Lee Bermejo and artists Jorge Corona and Khary Randolph, and co.

I really like what the Bat-office is doing right now — between Batgirl, We Are Robin, Gotham by Midnight, Gotham Academy and even Black Canary, we’re getting a multilayered world well outside the confines of the Batcave.

Now, the question is how soon Carrie Kelley wanders into the picture … 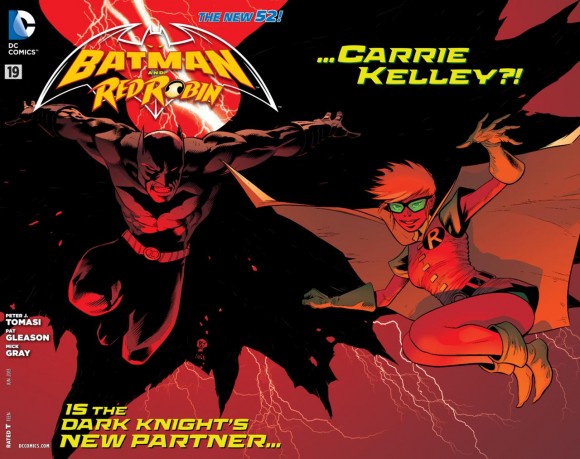 ALSO ON THE BATSHELVES THIS WEEK: Lotta good Batbooks this week! Batgirl #41; Batman ’66 #24; Gotham by Midnight #6; and Grayson #9. PLUS: Batman and Robin Vol. 6: The Hunt for Robin hardcover.