BATBOOK OF THE WEEK: Robin War #2

What, you were expecting a Batman ’66 comic?

I could hardly blame you what with the hoopla we’ve made over the last two weeks leading up to the Batman ’66 50th anniversary today.

But it’s getting to be time to return to the 21st century, and I was underwhelmed by the first issue of Batman ’66 Meets the Man from UNCLE besides. (Though the preview for this week’s Issue #2 can be found here. Dig that Allred cover!)

So the pick is Robin War #2, which concludes the mini-event featuring Robins past, present and future (?) dealing with the Court of Owls.

Much of the series is dedicated to bringing the We Are Robin cast into the Batfold, and that’s fine, though I’m still not entirely sold on that series. Overall, though, Robin War as an event has been entertaining enough. 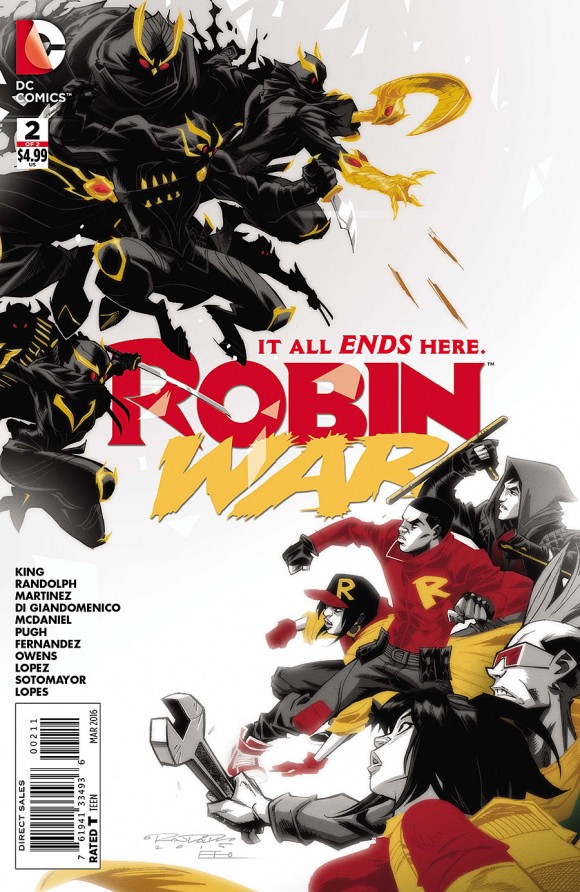 ALSO ON THE BATSHELVES THIS WEEK: I’ll be picking up Batman and Robin Eternal #15 and Starfire #8, which counts as a Batbook since Dick Grayson is a guest star. Catwoman #48 is out too. I’ll try it again before deciding whether to stick with it.