BATBOOK OF THE WEEK — ROBIN: SON OF BATMAN #4

Robin vs. Deathstroke? I’m not sure who’s the bigger badass …

Robin and Deathstroke (remember when he was Deathstroke the Terminator?) have a lengthy, intertwined history, going back to New Teen Titans #2 and running through the Teen Titans cartoon.

Of course, that was Dick Grayson Robin. In the comics, Damian and Slade have had little opportunity to run into each other (though they were adversaries in the recent Son of Batman direct-to-video animated feature.)

This month, they share the cover in Robin: Son of Batman #4.

I don’t care how much bigger Deathstroke is, my money’s still on Robin. 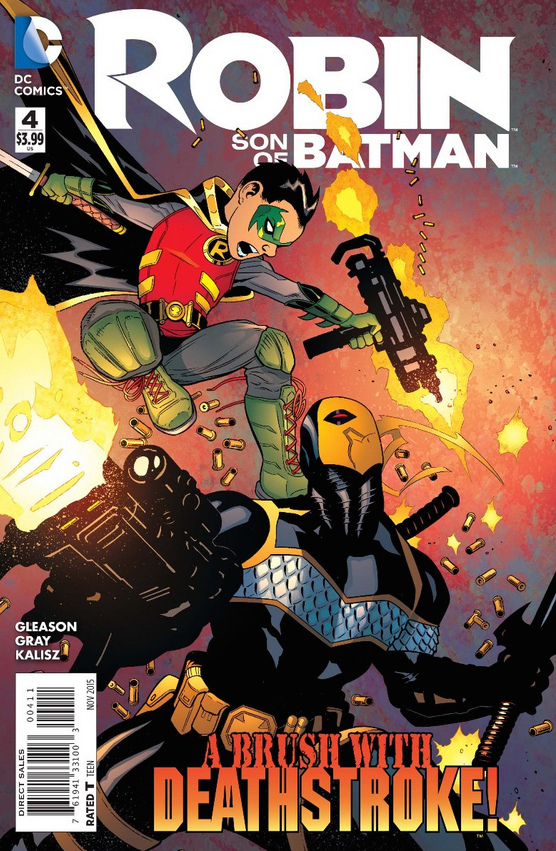 ALSO ON THE BATSHELVES THIS WEEK: If you’re a completist trade reader, there’s the Batman Vol. 7: Endgame hardcover by Snyder and Capullo. Oh, and speaking of the New Teen Titans, Vol. 3 of the trade-paperback collection is also out.