BATBOOK OF THE WEEK — Robin: Son of Batman #2

I had my concerns about Pat Gleason jumping to scripter when this book was announced. This isn’t anything against Gleason, mind you. It’s just that I’ve seen enough artists fail when making that leap.

Issue #1, however, was a self-assured beginning that tapped into the layers of Damian‘s personality — and was a hoot to boot. It was, top to bottom, a really good comic and I eagerly await what Gleason, Mick Gray and John Kalisz have next. 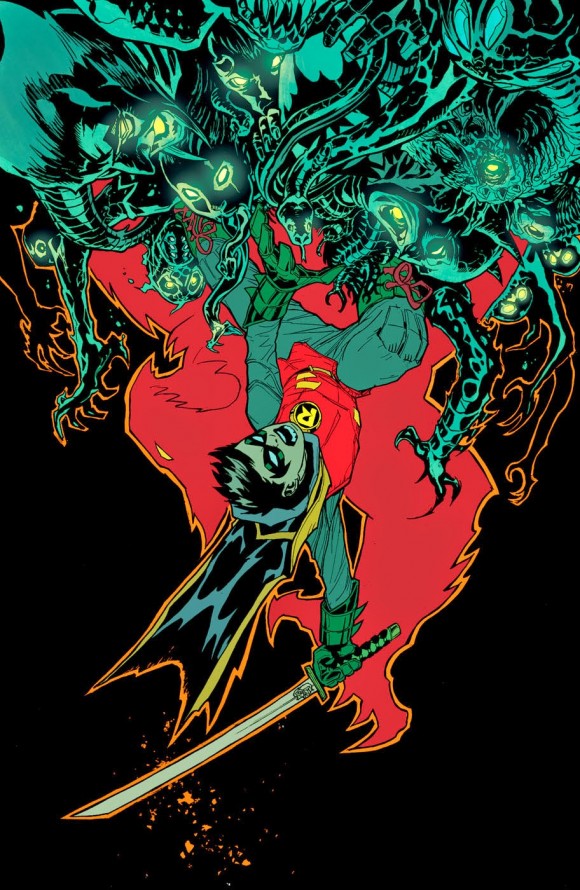 ALSO ON THE BATSHELVES THIS WEEK: I wanna correct an oversight from last week, when I neglected to note the publication of Batman: The Jiro Kuwata Batmanga Vol. 2. This book is perfect for fans of not just the Silver Age but of Batman ’66 — the show and comic. Back to this week, we get Justice League #42, which isn’t a Batbook per se, but Batman is such an integral part of it, I include it.