BATBOOK OF THE WEEK — Robin: Son of Batman #1

Easy choice: The most sensational character find of the last 20 years gets his own book — at least for now.

There’s not much I can say about Damian Wayne that I didn’t say during ROBIN WEEK last year, when we celebrated his resurrection. He’s the best addition to Gotham in about 20 years and I believe he can sustain his own title.

Still, even though this is considered an ongoing, it feels like a 12-month endeavor.

DC doesn’t always label miniseries as such (see Superman Unchained) but Robin: Son of Batman is an atonement/quest story — about making good on something called the Year of Blood — so an end point is likely already in mind.

Plus, Robin can only hit the road — looking like a refugee from Game of Thrones with his very own Bat-beast — for so long before coming back to the city. 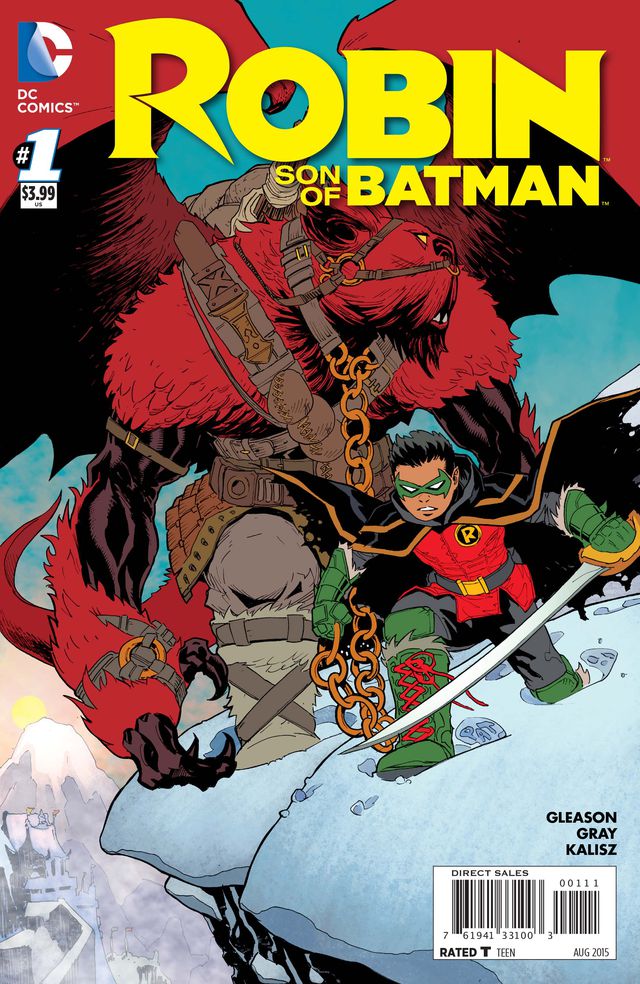 My guess is his return will coincide with Bruce Wayne‘s own resurrection from his latest alleged demise. Then, it’ll be a matter of whether we’ll get another Batman and Robin book or Robin will keep his own title.

I could be wrong, of course. Either way, I have high hopes for this book.

Three-fourths of the most recent Batman and Robin team is here — penciller Pat Gleason, assuming writing duties from Peter Tomasi; Mick Gray, bringing along his moody inks; and John Kalisz on colors.

Gleason is best known as a penciller, so it’ll take some time to see whether he’s got the writing chops. No disrespect intended, mind you. It’s just that a move like that doesn’t always pay dividends.

But as a devout Robin Rooter, I’m in Gleason, Gray and Kalisz‘s corner.

ALSO ON THE BATSHELVES THIS WEEK: Is Black Canary a Batbook? No, of course not. But since it’s kind of a Batgirl spin-off, I’m mentioning the first issue because I’m really looking forward to it. Also noteworthy is Justice League of America #1, because, hey, Bruce Wayne‘s Batman‘s in it.