BATBOOK OF THE WEEK: Grayson Annual #2

Really on the strength of Grayson #12 — one of the best Bat-Issues of the year.

I’m going to cheat here. There are only two Batbooks I’m interested in this week — Grayson Annual #2 and Batman Annual #4 — but I’m picking Grayson by default. Why?

Because last week’s Grayson #12 was so great that I wanted to take an extra chance to talk about it.

If you didn’t catch it, go back and grab it, because this issue was terrific. Without giving too much away, Dick returns to Gotham to reveal to the other members of the Batfamily that he’s still very much alive. He’s greeted with varying degrees of contempt, for the most part, but that gives way when the others learn that Dick has an ulterior motive for coming home — one that could very well set up what I still believe will be the end of this book sometime in the next year or so.

But more than the clever plot, the issue is steeped in Robin lore, using dozens of quotes from comics past to illustrate memory and the passage of time, like so: 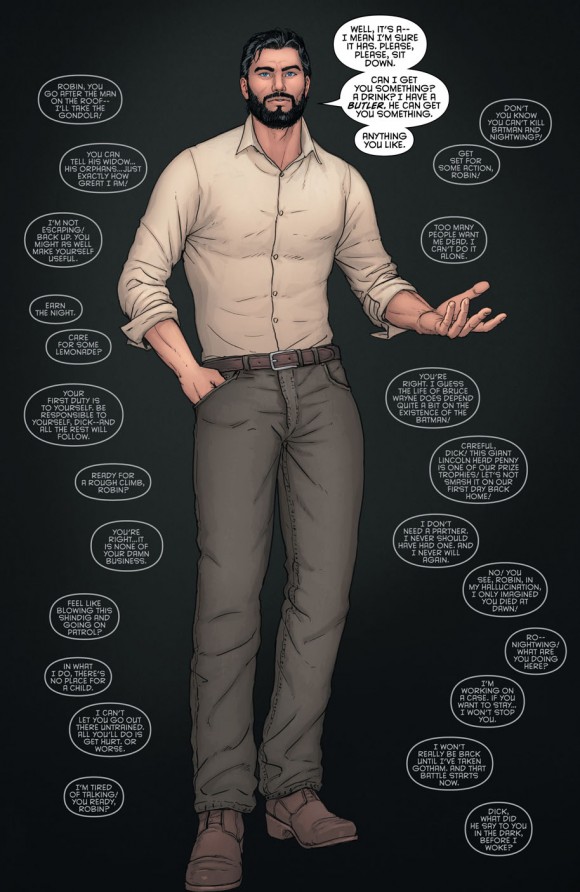 Each character — Bruce, Babs, Damian, etc. — gets this treatment. I didn’t recognize all of the lines, but I recognized a lot and I had a great time ruminating over each.

This week, Dick meets up with SuperClark, who’s been dealing with his own identity issues. I’m not all that interested in how it goes, actually, but I really like what Tom King and Tim Seeley are doing, so I’m in with both Batarangs. 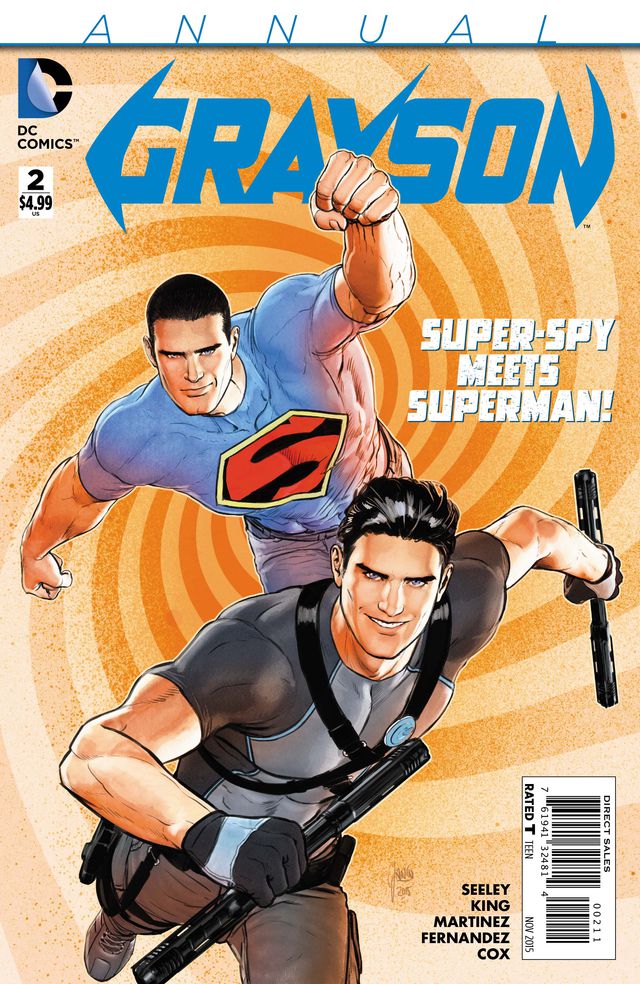