BATBOOK OF THE WEEK: Grayson #12

The new issue promises to be the Battiest yet.

Dick’s had enough. He’s tired of the twists and turns at Spyral and he’s ready to come home.

This should be interesting.

The creative folks at Team Grayson have kept Dick away from the rest of the Batfamily (mostly) for the better part of a year but Issue #12 is a homecoming, with Young Master Richard back in Gotham, ready to face those who thought him dead or — in the case of Bruce — ready to face those whom he thought might be dead.

It’s an episode of As the Manor Turns. 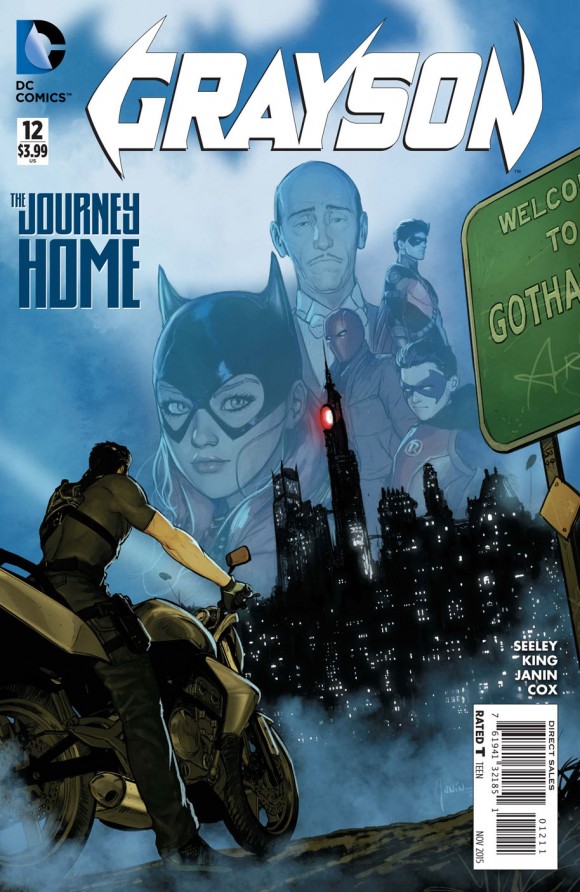 I’m looking forward to seeing how this all plays out — and I’m curious how this will serve the future of this storyline. Because I don’t think anyone truly believes that Grayson will remain with us forever as a title and as a concept.

Eventually, Dick has to put a mask back on, right?

— There’s also Batman ’66 #27, which introduces Bane to the groovy Adam West universe (Earth-66?). It looks like a sequel to the boxing episode.

— We also get: the soon-to-be late and lamented Gotham By Midnight #9; Scooby-Doo! Team-Up #12, co-starring Harley and Ivy; and, We Are Robin #4, with a guest appearance by Batgirl.