One of the most brilliant Batman series ever, all in one place.

Back in the early-to-mid-aughts, Greg Rucka, Ed Brubaker, Michael Lark and various and sundry guests did more to make Gotham a living, breathing place than just about anyone ever has.

How did they do it? By taking Batman out of the equation.

Gotham Central ran for 40 issues and centered on our favorite city’s elite detective unit. You know, the men and women who are actually paid to solve Gotham’s insane murders while that guy in the mask and cape keeps mucking things up for them.

It’s a great concept but what was better was the execution. Characters like Crispus Allen, Renee Montoya, Marcus Driver and Maggie Sawyer are well-rounded, fallible human beings. They make mistakes, they’re mortal and they’re not always ethical. 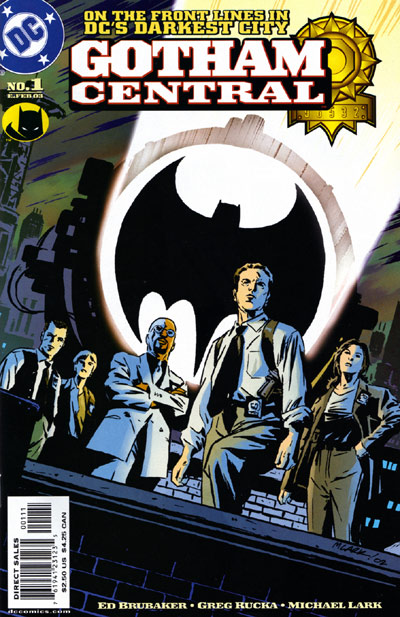 It’s pat to say the comic is like Homicide: Life on the Street Meets Gotham City (or maybe GCPD Blue) but it’s an unfair comparison because the comic book is better.

It’s so good that it made me quit the execrable Gotham TV series. That show early on promised to be something similar to Gotham Central, only set before Bruce Wayne grew to become Batman. Unfortunately, the producers went for charmless camp instead. I could never get past what the show could have been — and that’s down to Gotham Central’s enduring appeal.

If you’re a fan of Christopher Nolan’s Batman trilogy — especially The Dark Knight — then this book is for you. Gotham Central’s DNA is intertwined liberally with Nolan’s vision and the film lifts directly from the comic’s Joker arc — which was one of the greatest stories ever told about the Clown Prince of Crime.

The Gotham Central Omnibus lists for $100 but you know the drill: Shop around. You’ll be able to find it for a lot less.

Either way, it’s worth it. Because if there’s a Batman book with hardly any Batman in it that deserves the omnibus treatment, it’s Gotham Central.

— Detective Comics #52, which wraps the BatJim story once and for all, is out this week.