BATBOOK OF THE WEEK: Detective Comics #51

DC’s tying up strings with Rebirth coming next month and so this week’s Detective #51 acts as a sort of epilogue to the whole Jim Gordon-as-Batman trifle.

This is the first of a two-parter that sort of exists in its own bubble since Bruce has already returned in Batman proper and elsewhere. But I gotta say, I’ve enjoyed the whole BatJim schtick, whether it was Scott Snyder and Greg Capullo, Francis Manapul and Brian Buccellato, or Peter Tomasi and Fernando Pasarin.

Even with his mustache growing back and his inability to quit smoking, it wouldn’t surprise me in the least if Jim put the suit on again (or at least his BatBunny gear ) for a random story down the line. I hope that’s the case. Since Bruce was obviously going to return, I was able to give myself over to the conceit.

That said, let’s hope it’s a good long while before Bruce is sidelined again. Between Dick and Gordon, Mr. Wayne has spent considerable time out of his Bat-threads over the last 7 or 8 years. 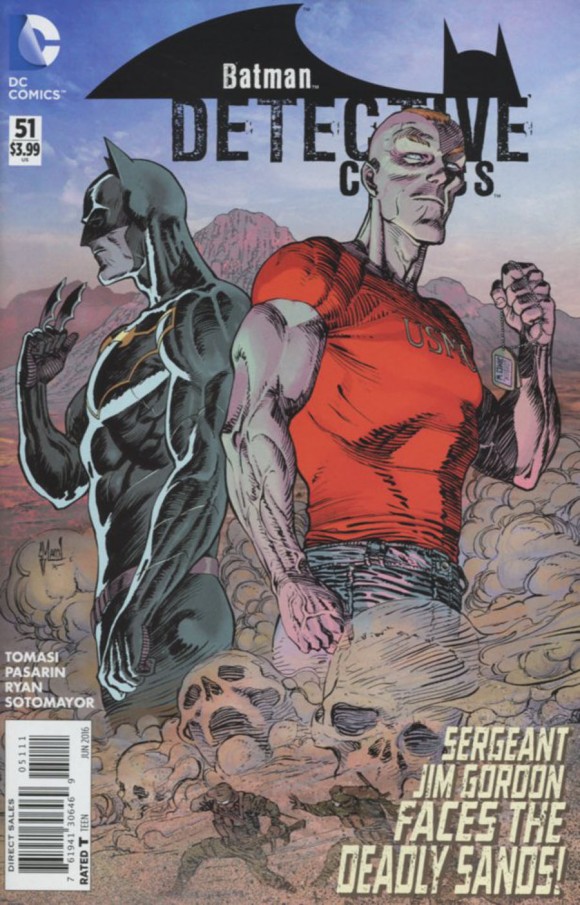 ALSO ON THE BATSHELVES THIS WEEK: Batgirl #50 is the other big Bat-title out, drawing a curtain on the Babs Tarr-Cameron Stewart-Brenden Fletcher run that radically remade Barbara Gordon. I give these guys a lot of credit for giving this book a distinct sensibility and style. Even if plotting and pacing took a backseat to characterization and world-building, I dig this Batgirl and look forward to what’s to come from the next crew.

I’ll also be picking up the Harley Quinn and the Suicide Squad April Fools’ Special (the joke being it’s after April Fool’s Day, I guess?) and Justice League: The Darkseid War Special.