BATBOOK OF THE WEEK: Detective Comics #44

This might be the best Detective arc since the New 52 launched four years ago. Too bad it’s coming to an end.

Detective Comics seems forever fated to be the “other” Batbook, the sidekick to the main title. Unless a megawatt writer or artist decides they want to be on the book because of its historic value, it’ll remain so.

So how do you keep this book fresh and relevant? What do you do to make it distinct from the main Batbook, which gets the preponderance of attention not just because it’s the flagship but because it’s also in the midst of a run that will be remembered for years to come?

You do exactly what the creative team is doing now: Carve out a specific slice of Gotham and tell a story from a perspective that doesn’t repeat — or ignore — what’s happening in Batman but rather complements it.

In this case, it’s the impact that Batman Jim Gordon is having on the cops in the GCPD. See, that’s perfect — especially with this particular (and surely temporary) status quo. 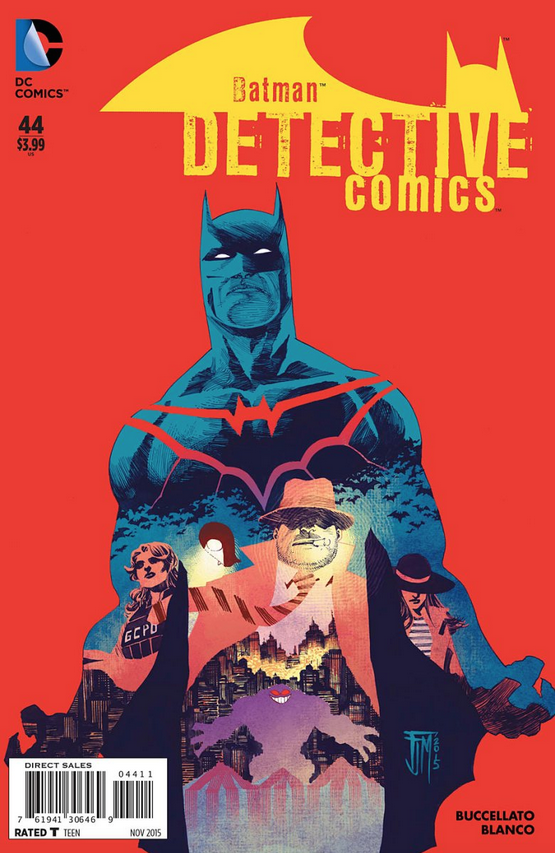 But even without Gordon in the suit, this is the proper recipe for the modern Detective Comics — basically Gotham Central but with more superheroing. It’s so much better than being a generic Batbook, which Detective often is.

Brian Buccellato and Francis Manapul have been the primary creators behind the book for the last year or so. In the current arc, they’ve been joined by artist Fernando Blanco, who’s been outstanding.

Unfortunately, this issue is the end of the road for the team, which is really too bad because Detective over the last few months has been just about as entertaining as the main book.

On the plus side, writer Peter J. Tomasi — whose Batman and Robin became my favorite title — is coming in, teamed with artist Marcio Takara. This’ll be BatJim and the Justice League, which is cool.

But I’m going to miss the precinct that Buccellato, Manapul and Blanco were building.

By the way, the Joker’s Daughter is the villain this month. I posted a piece over the weekend on her beginnings, complete with an interview with her co-creator Bob Rozakis. Click here for the fun times.

Also by the way: This issue’s cover by Manapul, his last of the run, is basically a flip of the first cover he did a year ago. There’s a whole story behind it, which you can read here and here. 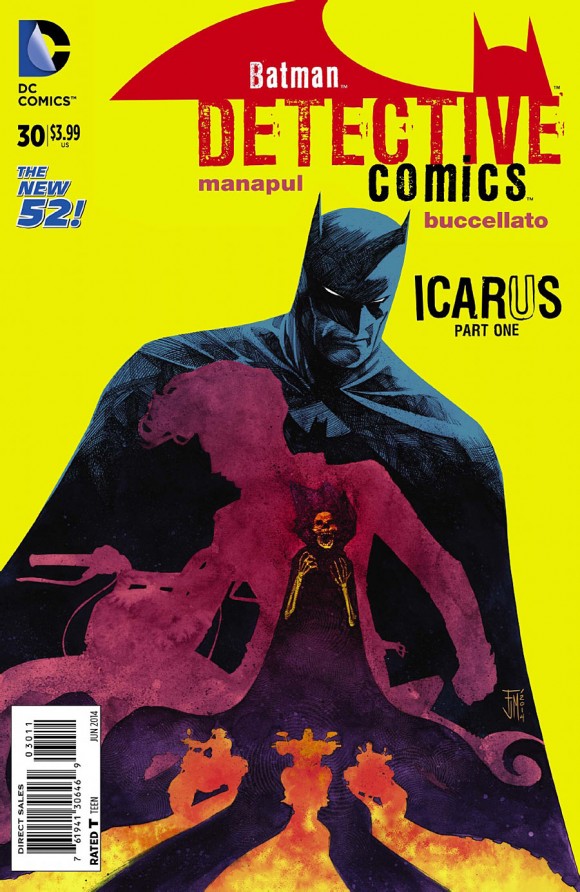 ALSO ON THE BATSHELVES THIS WEEK: Bat-Mite #4. I never thought I’d want a Bat-Mite ongoing. I think I do now. Midnighter #4 is an honorary Batbook this month because Dick Grayson‘s a guest star — and his relationship with the other Dark Knight is a kick.