But ask me again in a minute.

Seriously, I have three Batbooks on my list this week — Batman & Robin Eternal #22, Batgirl #49 and Batman ’66 Meets the Man From UNCLE #4 — and they’re all pretty much equal in my mind.

I guess I pick Eternal because it kinda feels like there’s more at stake. With its delays, I’ve kind of lost track of where Batgirl is right now, and the creative team is departing soon anyway. I like this iteration of Batman ’66 just fine, but it’s not holding my interest in quite the same way the monthly did. I think it’s because I have little grounding in The Man From UNCLE.

Eternal’s had its own share of problems in my mind. Following the smash success of the ground-breaking 52 a number years ago, DC’s weeklies have been hit or miss. It’s a lot to coordinate and the varying abilities of the artists involved can sometimes detract from the project. In this particular case, I’ve liked the story in broad terms but I don’t think there was 26 issues of it to tell. Nevertheless, it does feel like something’s happening here. What it is ain’t exactly clear. But it feels like something that may have an impact through Rebirth.

For now, though, when presented with these three equals, I’ll go with Eternal.

But I reserve the right to change my mind. 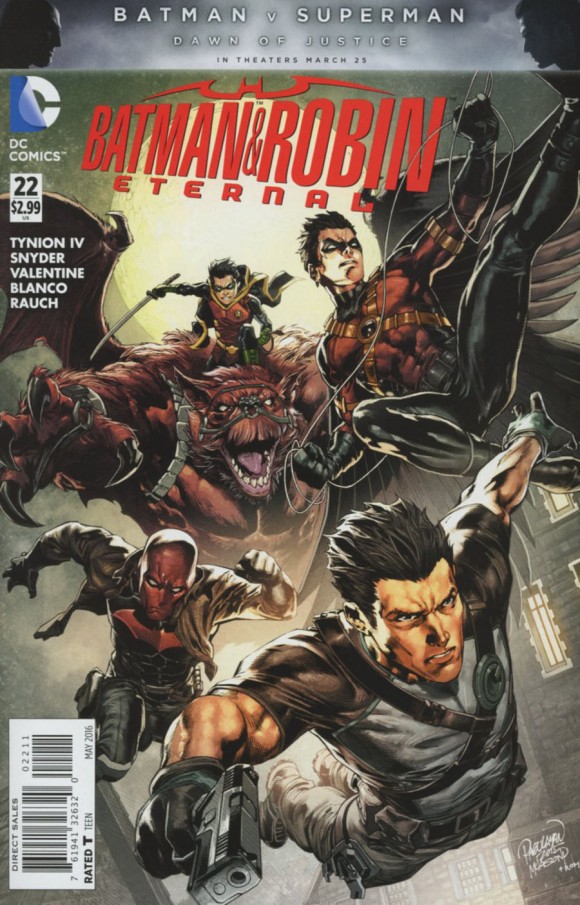