BATBOOK OF THE WEEK — BATMAN: EUROPA #4

Sometimes it’s nice to strip it down.

Miniseries like Batman: Europa often have a tough go. They exist in their own bubble and tend not to have stakes that “matter” to the typical, canon-obsessed reader.

I guess since I’m no longer a continuity freak, I’m able to enjoy the journey more. If a story is well told, that’s all I need. (Try it some time; it’s liberating.)

Batman: Europa is a classic example of it being about the journey — hell, literally so. Batman and the Joker, those mismatched road-trip buddies, are traipsing through Europe trying to find the cure to a virus that is killing them. And I think others. I don’t recall. Plot is secondary to style in this one.

The art is moody and otherworldly, which is fitting when you have two Gotham-centric characters in unfamiliar environs like Paris and, in Issue #4, Rome. (Two cities I’ve been fortunate to visit.) 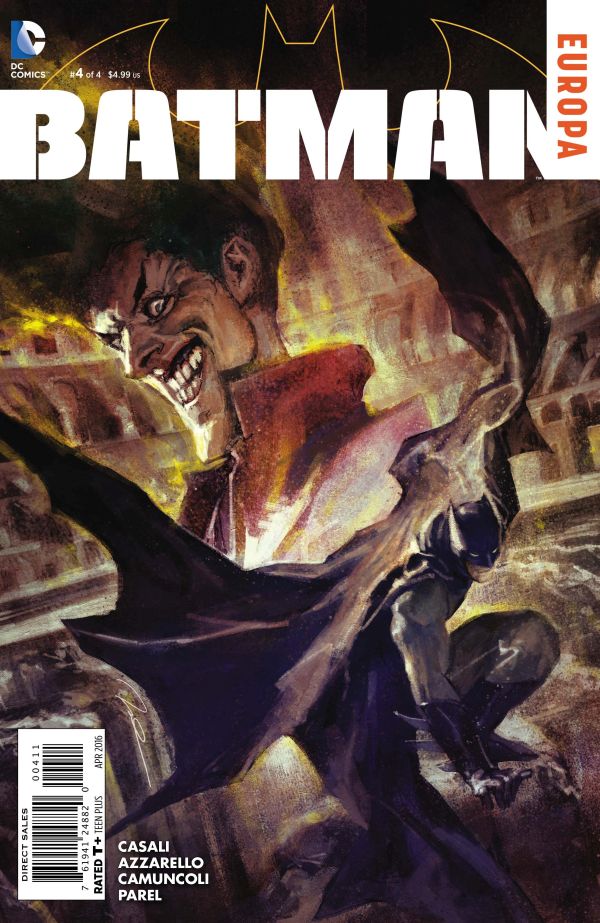 The painterly art style suits the story’s mood and the settings well — and it’s noteworthy that a whole battery of artists have touched the book over its decade-long gestation, including Jim Lee, Giuseppe Camuncoli and, in this latest issue, Gerald Parel. The story by Brian Azzarello and Matteo Casali is a little verbose but the whole thing has a literary feel, so it’s not entirely out of place.

Batman: Europa’s trip from concept to publication has been long and meandering. It’s nice to see that it was a trip worth taking.

ALSO ON THE BATSHELVES THIS WEEK: Batgirl #48; Batman and Robin Eternal #18; Detective Comics #49. It looks like Batman ’66 Meets the Man From UNCLE #3 has been delayed a week, but check with your shop.

And don’t forget: It’s NEAL ADAMS MONTH here at 13th Dimension, with daily commentaries by Adams himself on his 27 variant covers in February and March — many of which are, naturally, Batman-related. 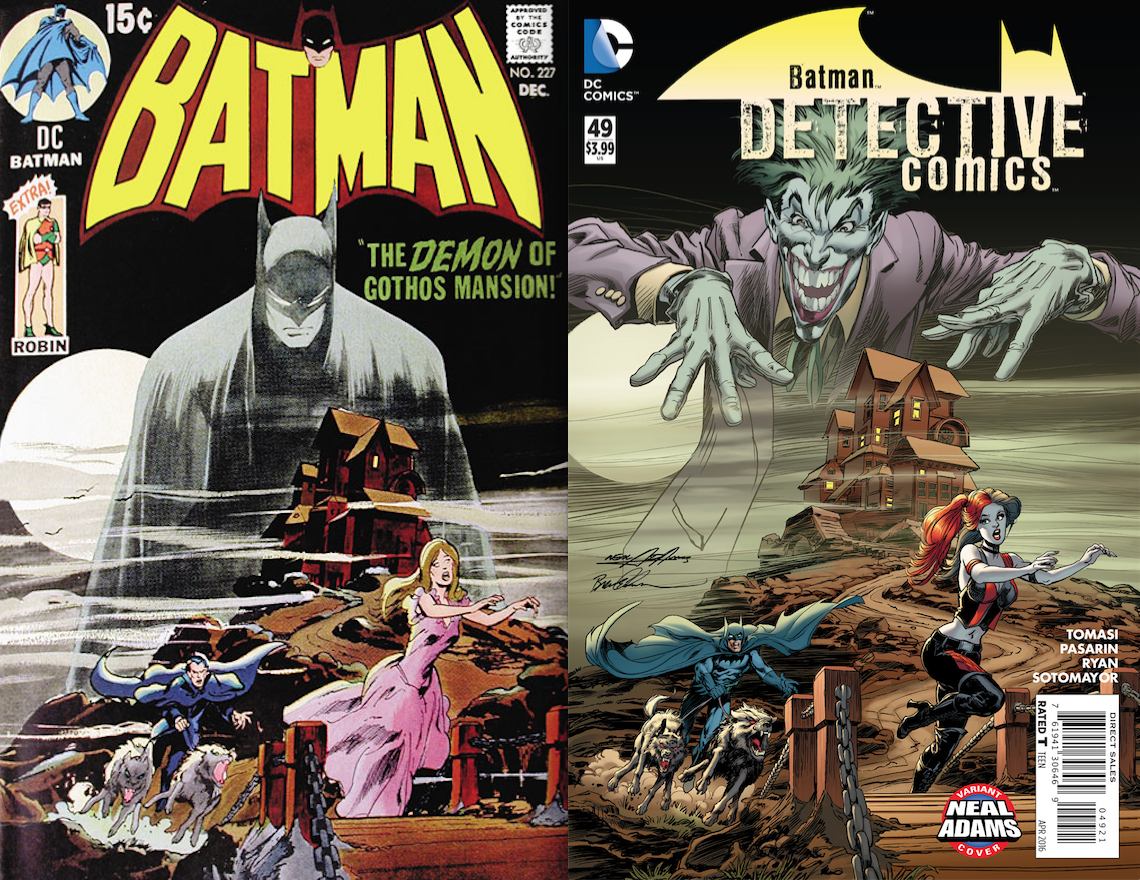