Just based on that awesome Mike Allred cover alone.

The print version of DC’s go-go digital-first homage to the Greatest Television Show in the History of Mankind comes out 8/27. BATROBOT! 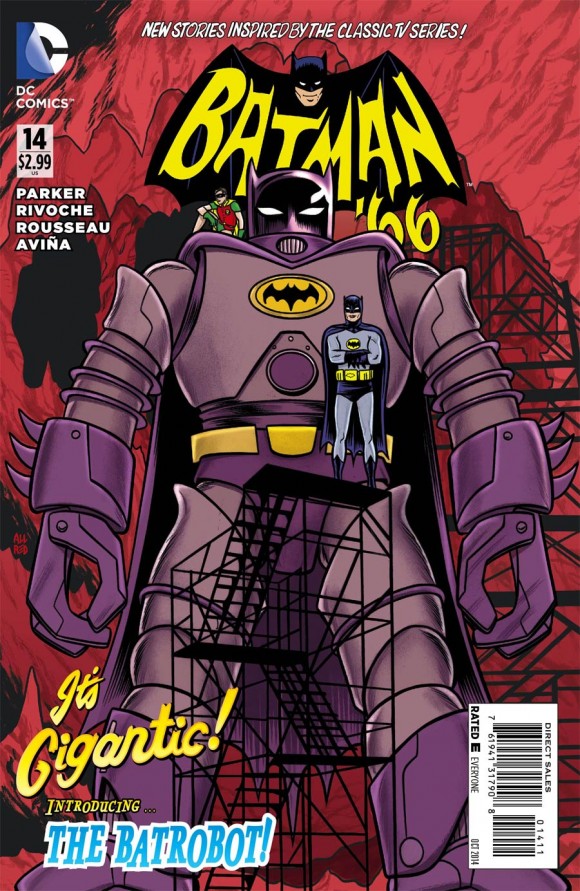 Otherwise, it’s a lightish week in Gotham. Here’s what’s also on the Batshelves that I find interesting: Batman Eternal #21, Catwoman #34 and Harley Quinn #10. And don’t forget: Secret Origins #5 — as previewed here — includes the origin of Jason Todd Red Hood! So that makes it an honorary Batbook!