BATBOOK OF THE WEEK: BATMAN #6

The Continuing Story of Gotham Girl …

I know that sounds stupidly obvious but so many stories — comics and otherwise — are so predictable that you feel like you’re just waiting to see how right you are.

Not so the case with Tom King’s Batman. Now, I knew — and you probably did too — that things were not going to go well with Gotham City’s newest protectors. What I didn’t expect was that Gotham would be taken off the board while we’d be left with Gotham Girl in the aftermath. (Side note: I like everything about these guys except their names.) 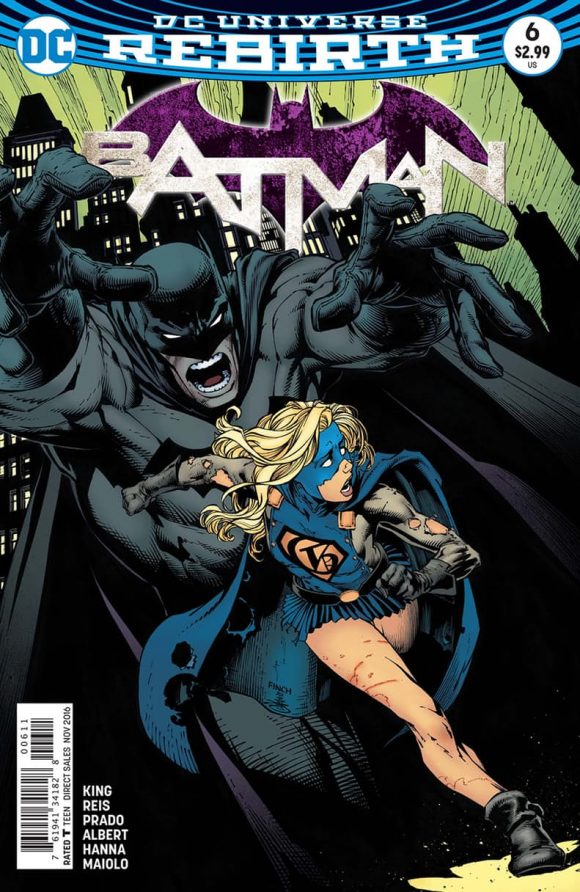 So where to from here? The Monster Men are coming and King told Newsarama recently that Gotham Girl will be playing a “huge role” in Batman for the first 25 issues or so.

But what exactly does all that mean? Spoilerphobe that I am, I’m mostly avoiding interviews elsewhere (the one above notwithstanding) because I like to be surprised.

Because surprises make for a good story.

— Nightwing #4. I have mixed feelings about Nightwing. I like Tim Seeley’s handle on Dick but Raptor feels like a Tiger retread. And with the two of them trying to take down a shadowy organization, there’s something repetitive about all this. But it is entertaining, so I’m kind of waiting to see what will happen once the Parliament of Owls is eventually dispensed with, or at least neutralized.