BATBOOK OF THE WEEK: Batman #49

Yeah, this one is likely to be dramatic.

I’ve dug the whole BatJim story because it’s a good bit of quirk and a surprising source of laughs. Overall, it’s been my second favorite arc of the Snyder-Capullo collaboration.

But I’ve been ready for Bruce’s inevitable return for a little while and this issue — which actually has pencils by Yanick Paquette — promises the big build-up to next month’s splashy 50th issue. 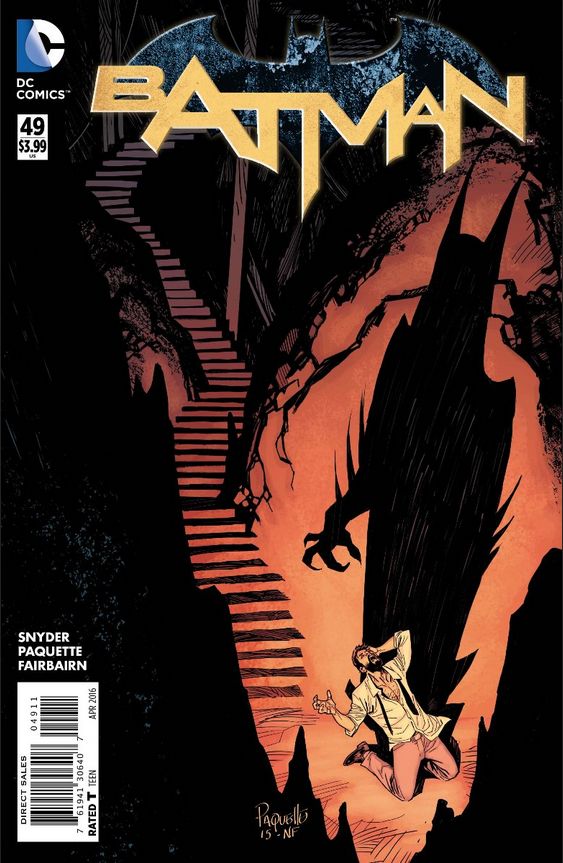 That is a great cover by Paquette.

The only thing left is to see what happens after that — or more precisely, this summer, what with all the speculation and rumors and whatnot surrounding DC’s looming “Rebirth” . (UPDATED: Snyder on 2/10 confirmed to Comic Vine (WARNING: SPOILERS) that he’s leaving the Batman title. The last issue of his and Capullo’s run will be #51.)

I don’t generally trade in rumors but if the Snyder-back-to-Detective and Tom King-to-biweekly-Batman moves this summer are to be believed — and they certainly seem plausible — I wonder who the regular Bat-artists will be. 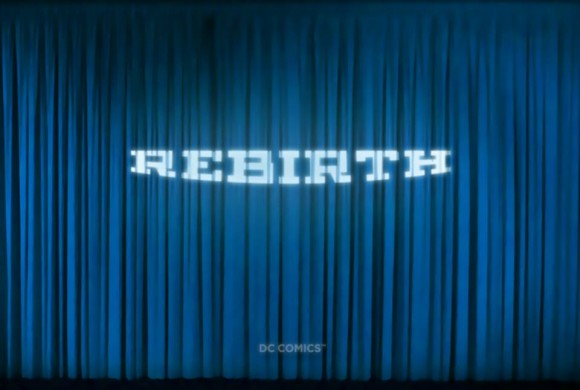 Speaking of Batman #49 — and any other number of Batman-related titles — we’re in the midst of NEAL ADAMS MONTH, in which Adams gives daily commentary of every one of his February variant covers for DC. Check out the full INDEX of stories here.

Batman and Robin Eternal #19 and Catwoman #49 are also out. But besides the BATBOOK OF THE WEEK, the Bat-title I’m most interested in checking out is the Arkham Knight: Batgirl and Harley Quinn one-shot.