BATBOOK OF THE WEEK: Batman #48

This week’s tough. It doesn’t usually take a lot of deliberating over what will be the BATBOOK OF THE WEEK. I mean, it’s not like it’s a complicated process with subcommittee meetings and secret ballots and bilateral negotiations, but there’s quite a lot to choose from this week.

As it often does, it comes down to what I’m most curious about, and this week it’s Batman #48, as Scott Snyder and Greg Capullo’s latest epic arc heads toward its inevitable Bruce Returns to the Batcave conclusion. 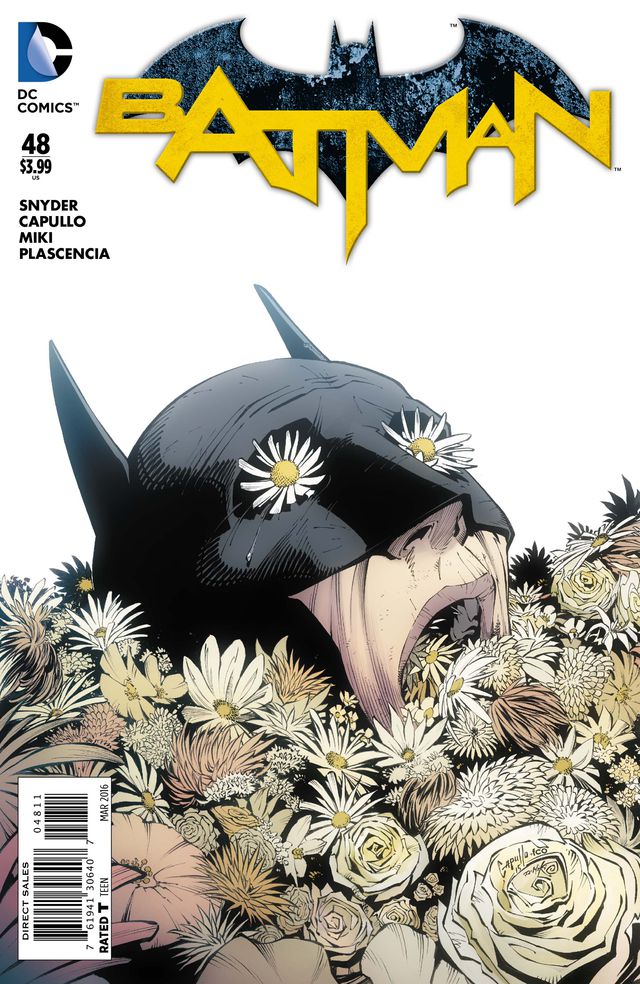 The BatJim story has been highly entertaining for the most part, proving for the thousandth time that a silly idea can be salvaged by smart execution. But it’s time to move on and I’m ready for Bruce to come back, which is expected to happen in full in Issue #50.

After that, the real guessing game begins: How much longer will this team be the “permanent” creative tandem on this book? Capullo and Snyder told me in the fall that they have something cooking that goes well beyond their world of Gotham. That sounds like it’ll be DC’s Next Big Thing.

But back to Issue #48, which presumably will give us answers to what the Joker’s been up to since the end of Endgame. Snyder and Capullo have given us two faces of the Joker so far (pun intended), so it’ll be interesting to see the third. I think Jokers 1.0 and 2.0 have been more sadistic than sadistically funny and I’m hoping that Joker 3.0 will bring back some of that wit.

ALSO ON THE BATSHELVES THIS WEEK: Like I said, lots to choose from, including Batgirl #47; Batman and Robin Eternal #16; Harley Quinn #24 brings Harl to Arkham; Poison Ivy: Cycle of Life and Death #1; Robin: Son of Batman #8 (which you can preview here); Titans Hunt #4; and the classic New Teen Titans Vol. 4 TPB.

PLUS: Eaglemoss releases its new DC Superhero Collection of figurine/magazine sets this week. Issues #1 and #4 feature Batman and the Joker, respectively. Click here for an EXCLUSIVE FIRST LOOK. 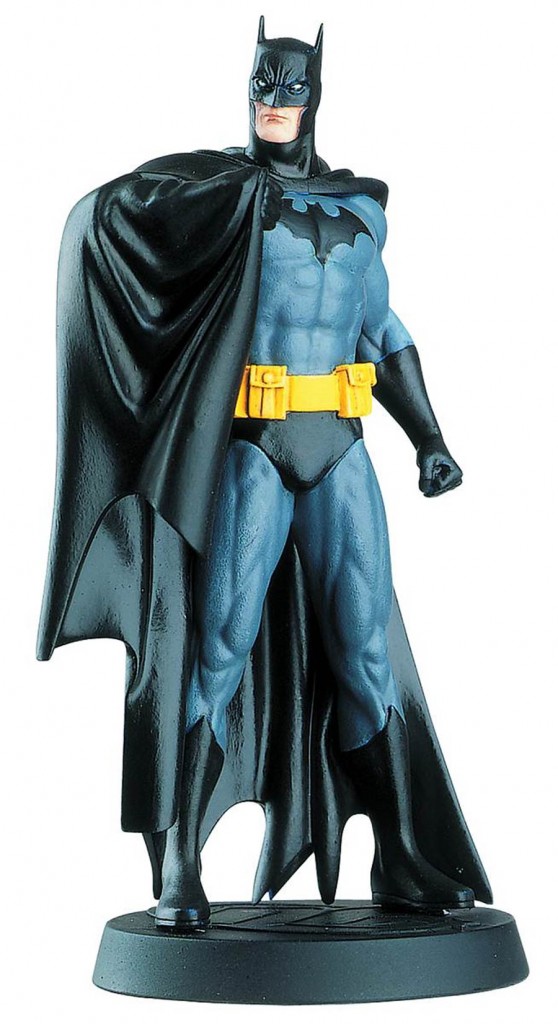 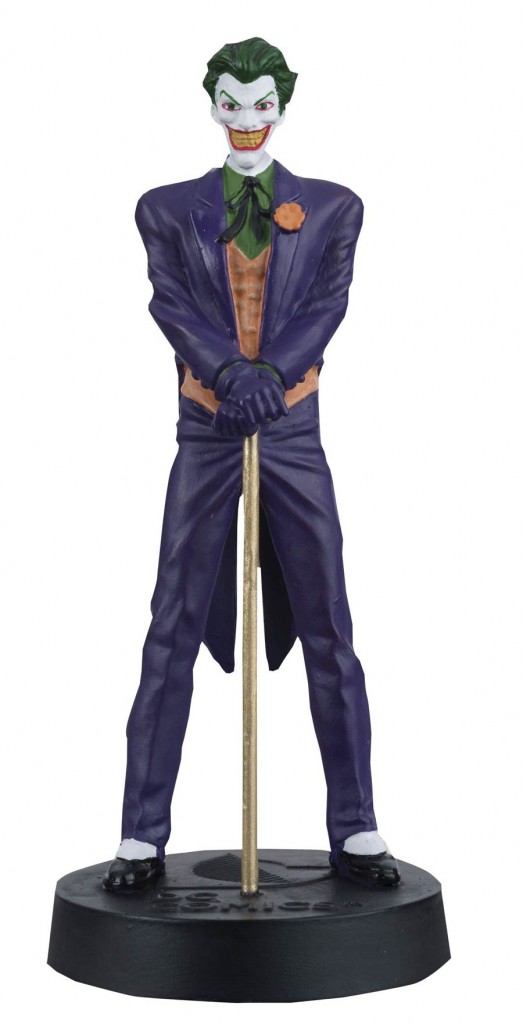