BATBOOK OF THE WEEK: Batman #43

What do you do when there’s only once choice? Write about it anyway. Because writing about Batman makes me happy.

It’s a light Batweek but the flagship book comes out, so that’s the easy pick. And it’s also easy because Scott Snyder and Greg Capullo make it that way.

This Batman run will be looked back on as legendary among the vast majority of Batfans out there. I think that’s a fairly safe bet almost four years in. I haven’t loved all of it — I think Court of Owls was still far and away the best arc we’ve seen from this tandem — but I think the BatJim storyline has revitalized things with a sense of humor that’s been fairly absent until now.

This week, we’re evidently going to get more info about Bruce‘s situation, which I suppose is nice, but I’ve been enjoying Gordon‘s time and am in no hurry to see it end (which it will, obviously). If I have a peeve with Snyder‘s storytelling, it’s that his stories often run too long. In this case, I’m enjoying every bit of the ride, at least so far. 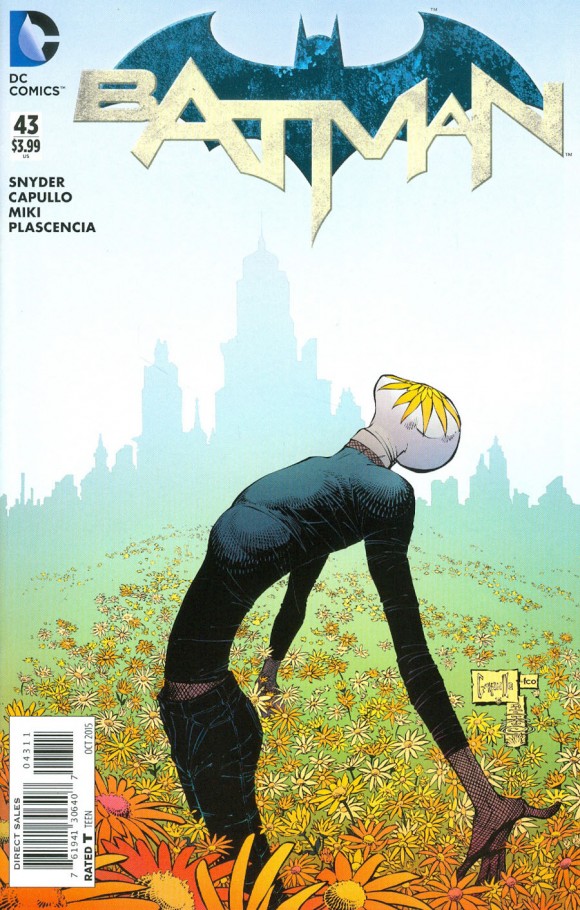 ALSO ON THE BATSHELVES THIS WEEK: As I said, it’s pretty light. I don’t usually get Batman/Superman (Issue #23) but the Clark/Gordon story has been a bit of a kick. I dropped Catwoman a while back but #43 features a BatJim guest appearance so I’ll at least thumb through it. DC Bombshells #1 isn’t really a Batbook but I’m giving it a shout because I think the whole idea is rad and Batwoman‘s in it, so I’m sneaking it in.