Rarely do they come out in the same week but both feature the start of Gordon as Batman — and offer a contrast in styles.

It’s a bountiful Batweek, with the top two Batbooks out at the same time — the first post-52 week where we get a good look at the new Gotham status quo.

Naturally, this BatRoboCop circumstance is temporary. Bruce will be back at some point but for the time being we get this ripped-from-What If? concept and I’m down with it, especially if it lives up to the promise of the short preview in the Free Comic Book Day Divergence book.

Scott Snyder is really good at the opening salvo — he seems to come alive at the notion of possibility, of drawing the reader in. Court of Owls, Death of the Family and Zero Year all boasted strong starts. My only question at the beginning, really, is when will I get used to Greg Capullo’s Batbot design, which looks like a steroidal rabbit wearing an outboard motor on its back. 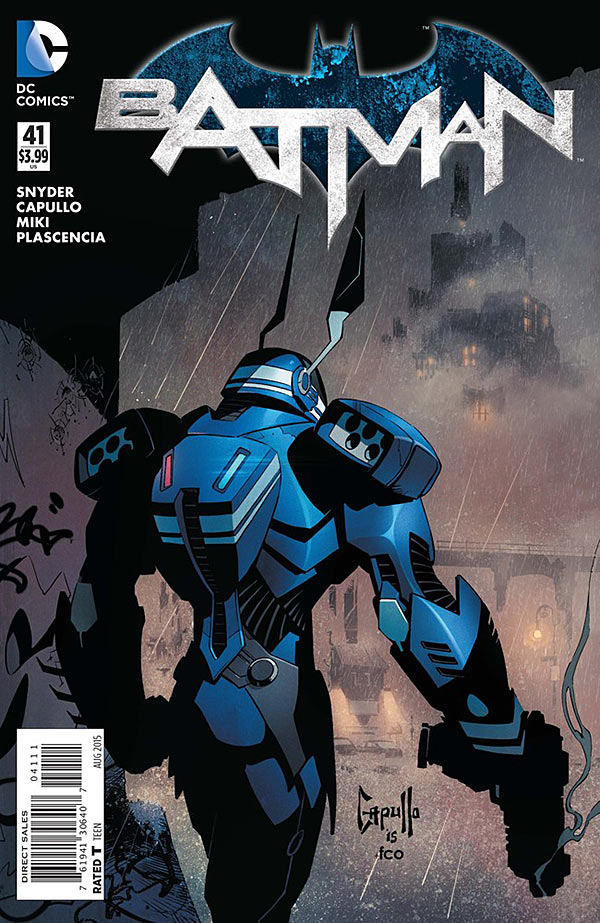 Traditionally, Detective Comics plays second fiddle to Batman proper — with the eponymous title given greater weight and importance. The tendency is to allow Batman to be the more internal book, the one with the higher emotional stakes, while Detective is often in its own bubble, more story driven than character driven. This is not an absolute, mind you, just what’s typical.

I’d wager the same dynamic will play out here (though judging by the neato cover, perhaps this will be more like Gotham Central with a giant robot guy). 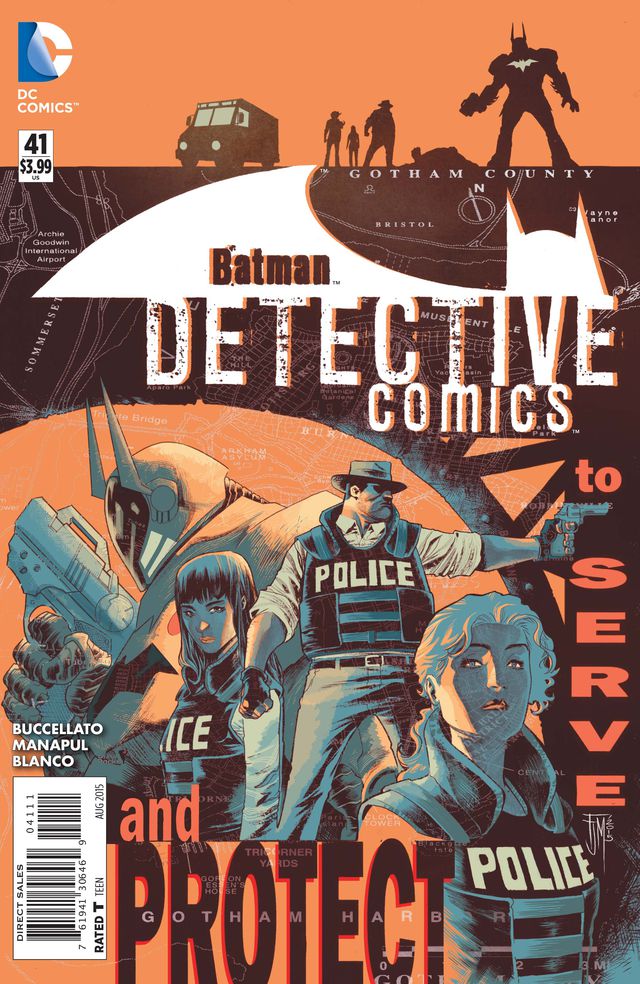 Both books will certainly look good. Co-writers Francis Manapul and Brian Buccellato (with Fernando Blanco on art this go-around) have a nice-looking comic here. 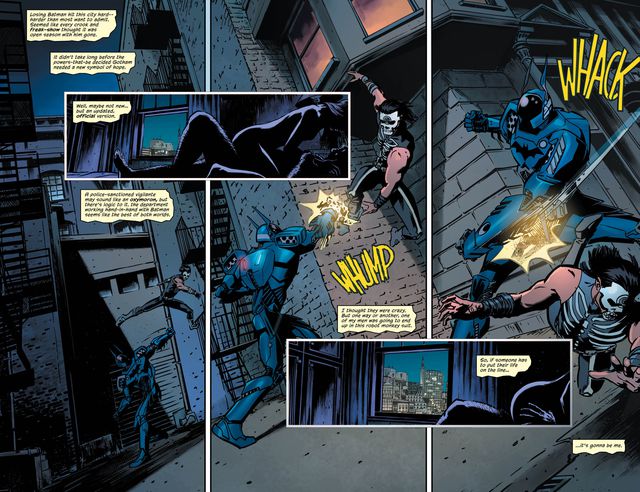 Whoa, that’s a little racy, huh? Not that I’m complaining, mind you.

ALSO ON THE BATSHELVES THIS WEEK: Does Starfire #1 count as a Batbook? No? Well, I’m giving it honorary status for the premiere issue because Kori was an original member of the New Teen Titans, a book I always viewed as an offshoot Batbook because the central character was Dick Grayson — with whom she had a long-standing relationship.

There’s also Batman/Superman #21 with BatJim meeting SuperClark; Catwoman #41, with Selina evidently getting back into costume; Earth 2: Society, featuring the new DickBats; Gotham Academy #7, with a visit by Damian Wayne; and, Harley Quinn #17, which isn’t really a Batbook but still. Hell, there’s even the mouthful Injustice: Gods Among Us — Year Four #3, which features Batgirl, front and center.

Did I mention Red Hood/Arsenal #1? I didn’t but if that’s your sort of thing, have at it. I’m gonna keep going: Section 8 #1 guest-stars Batman. The Bruce kind, I think.

There are trades too but I’m not listing all of them. Speaking of publishing quirks, though, the first Batgirl of Burnside collection is out this week, in hardcover and softcover. Very un-DC-like.