BATBOOK OF THE WEEK: Batman #4

I feel like I’m repeating myself. It’s because I am.

Tom King’s Batman has seamlessly picked up from, and in some regards improved upon, Scott Snyder’s years-long run. The three issues so far have been punchy, with plenty of wit and action, and Issue #3 gave us a lot of the Gotham and Gotham Girl back story earlier than I anticipated. (This is going to get sad. I just know it.)

With DC’s new twice-monthly shipping schedule, though, I’m pretty much praising the work on this book every two weeks. And the competition’s been limited because of the way the Rebirth titles have been rolled out: Nightwing, Batgirl and Birds of Prey have just gotten started, for example, so it’s tough to judge how consistently good they might be. I’m not sure what to look forward to week to week yet — except for one thing:

Batman is becoming a sure bet. 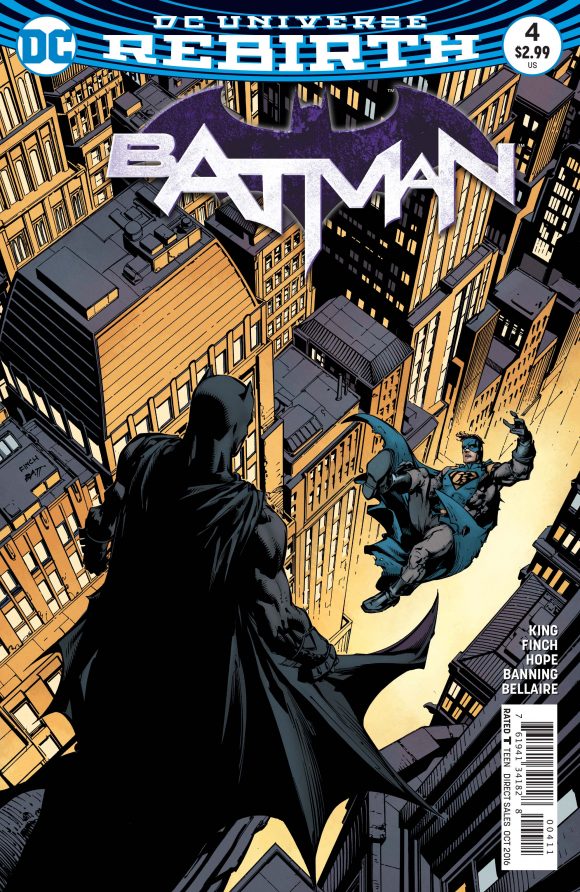 Batman ’66 Meets Steed and Mrs. Peel #2. The new issue hits print this week. Dig it. And click here for a SNEAK PREVIEW.

Nightwing #2. Like I said above, Nightwing just started. As in, last week. I liked the first issue well enough but I hope we’re not just getting another Tiger beat with Raptor. I’m feeling like we just saw this in Grayson…

Batman: The Animated Series action figures. The new wave features Ra’s al Ghul! Commissioner Gordon! And Zatanna, too! I’m more into the first two than the third because I consider her more a guest star than a central Bat-character, but hey…