BATBOOK OF THE WEEK: Batman #3

Tom King is on to something.

I was nervous about the flagship Batman title as Scott Snyder and Greg Capullo headed toward their finish. I liked incoming writer Tom King’s work on Grayson but how could I not be a little apprehensive?

Snyder and Capullo reached big. There was nothing average or routine about their nearly five-year run. That’s a tough act to follow.

But rather than go down that road of epic showmanship, King’s gone the other way with a slyness that walks right up to the line of winking satire. As Grayson was a spiritual relative to Grant Morrison’s time on the Dark Knight, so is the new flagship title. 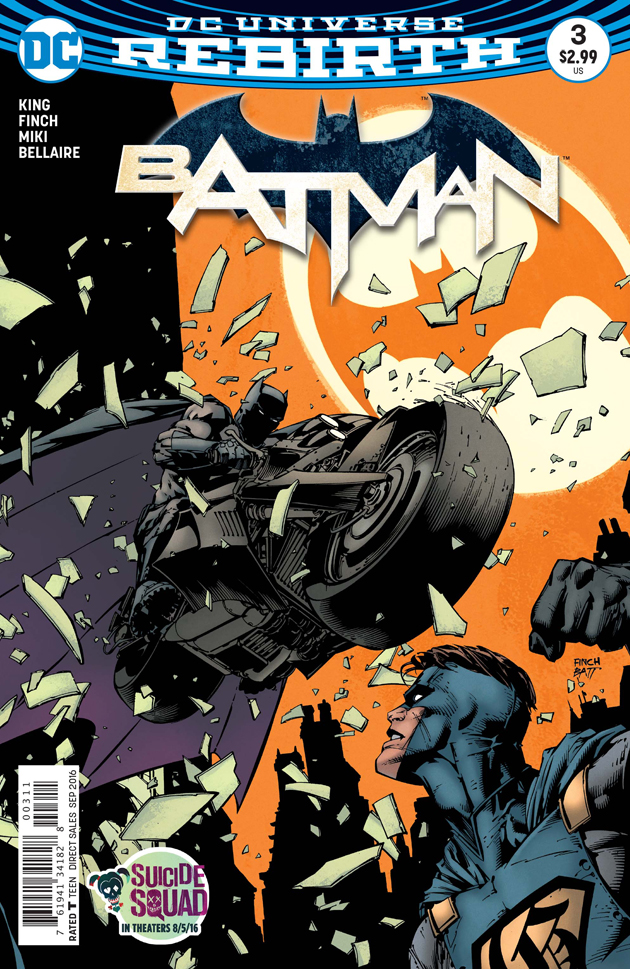 Over the course of the Rebirth issue and the first two of the main series proper, we’ve gotten over-the-top set pieces mixed with a sense of humor that has me smiling as I read the book.

The whole premise is ripped right out of the early Silver Age: Two rookie super-powered heroes named, of all things, Gotham and Gotham Girl, have arrived out of nowhere to help the city — whether Batman wants their assistance or not. Clearly, this will not go well, as Hugo Strange and a man who appears to be the Psycho Pirate lurk in the shadows.

King right now is pressing all the right buttons. Batman is unquestionably modern but it has some significant retro DNA. This is the kind of book you can give to someone who insists comics stopped being good after the Bronze Age.

King has a ways to go yet but right now he’s weaving a story — with art this issue by David Finch and Danny Miki and colors by Jordie Bellaire — that has me very eager for the issues to come.

Batgirl and the Birds of Prey: Rebirth #1. So the Birds are back and Batgirl’s now in two books. Cool. Obviously, they’re playing up a rivalry between Babs and New Helena. I’m sure it has to do with contradicting agendas and styles, but you can’t ignore that both have worked very closely with a certain Mr. Grayson. By Shawna Benson and Julie Benson, with art by Claire Roe and colors by Allen Passalaqua.

Justice League #1 comes out this week, too. I didn’t love the Rebirth issue, so we’ll see. 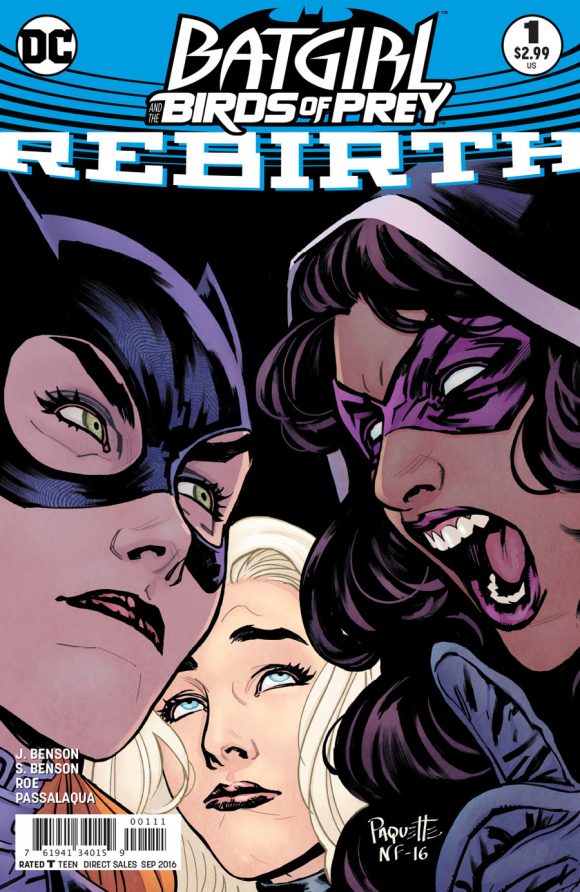