BATBOOK OF THE WEEK: Batman #2

The flagship book gets the pick.

It’s such early days on Rebirth that it’s tough to judge where things are headed for individual titles, but I did dig the first Batman issue. So it only makes sense that Issue #2 of the flagship Batbook would be the one I’m most interested in this week.

I like Tom King’s sly humor and I think it worked well in Batman #1, which was really just a gigantic, absurdist action sequence. I don’t imagine things will go well with Gotham and Gotham Girl on the scene (for them) but I look forward to finding out. 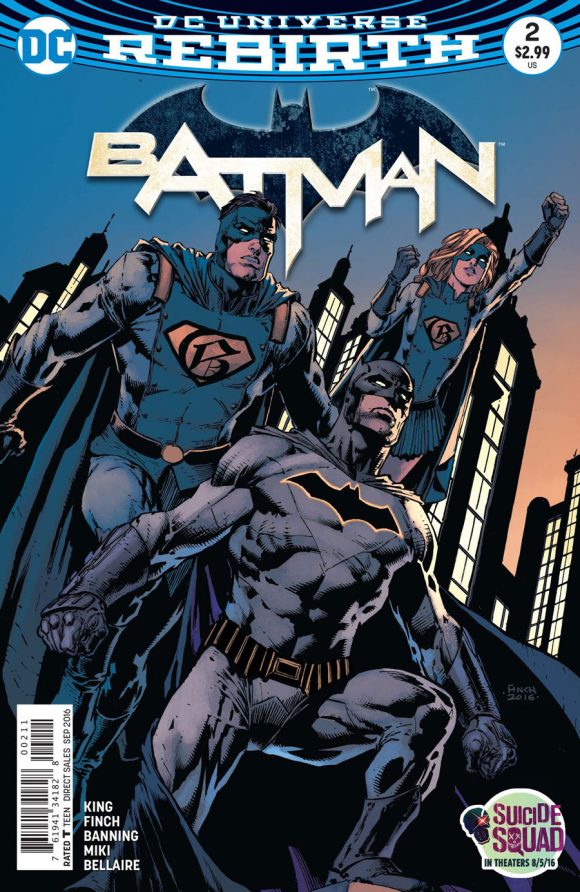 — Batman ’66 Meets Steed and Mrs. Peel #1 would have been my pick but I’ve devoted so much to it the last few weeks, I feel like I’d be repeating myself. Click here for a SNEAK PREVIEW and click here and here to see what writer Ian Edginton and artist Matthew Dow Smith have to say about it.

— Justice League: Rebirth #1 is also out this week.