BATBOOK OF THE WEEK: Batgirl Annual #3

Odd week in that both Batgirl #42 and Batgirl Annual #3 are both due out at the same time. Batgirl has been solid entertainment month in and month out: The reboot of the character has been immensely rewarding as a longtime reader of Barbara Gordon‘s adventures.

Now I’m often leery of Annuals. They seem to promise more than they deliver and can feel flabby. But this latest Batgirl Annual shows a lot of potential, with several Batgirl team-ups in one story, including Grayson, Spoiler, Batwoman — and a visit to Gotham Academy.

It’s written by series regulars Cameron Stewart and Brenden Fletcher, who — fittingly — team up with several top artists, including Bengal (a vet of Batgirl variant covers and Batgirl: Endgame), as well as David Lafuente, Ming Doyle and others.

The Babs-Dick romance goes back to the ’70s and remains one of my favorite subplots in Batlore, so any chance these two crazy kids get together — the first time they’ve met since last year’s relaunch of both characters — I’m all in. 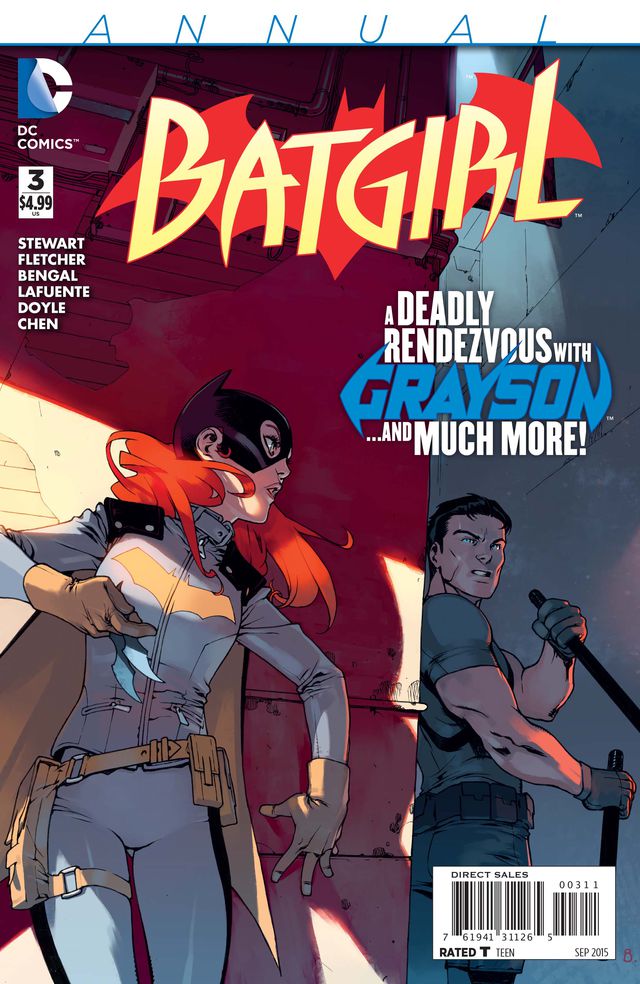 ALSO ON THE BATSHELVES THIS WEEK: Not much to report, what with it being a Fifth Wednesday and all. But we do have Gotham By Midnight Annual #1. I really dig that book. Oh, and there’s also Eaglemoss‘ newest Batman Automobilia release: Issue #60 brings us Killer Moth‘s sweet ride, the Mothmobile!