BATBOOK OF THE WEEK: Batgirl #45

A spoiler-free look at the new issue …

I’ve dug day-in-the-life comics stories going back to the The New Teen Titans, when Marv Wolfman and George Perez would give us a glimpse at the more mundane aspects of our heroes’ lives.

I shouldn’t say “mundane,” really, because these quieter respites were as enlightening as the epics, in their own way.

Batgirl #45 is just such a book. The MacGuffin is the wedding between Barbara’s old roommate Alysia and her girlfriend Jo. Actually, the issue is about Barbara, her love life and her loyalty to her friends. It’s a bittersweet, poignant story and very much in keeping with the tone of the title.

I imagine there will be some neolithic commentary from some quarters involving the wedding itself since Alysia’s transgender, but I have no patience for such idiotic criticisms.

What matters is this is an endearing chapter in the life of our heroine. Batgirl #45 is a nice, sweet tale and a nice, sweet change of pace. 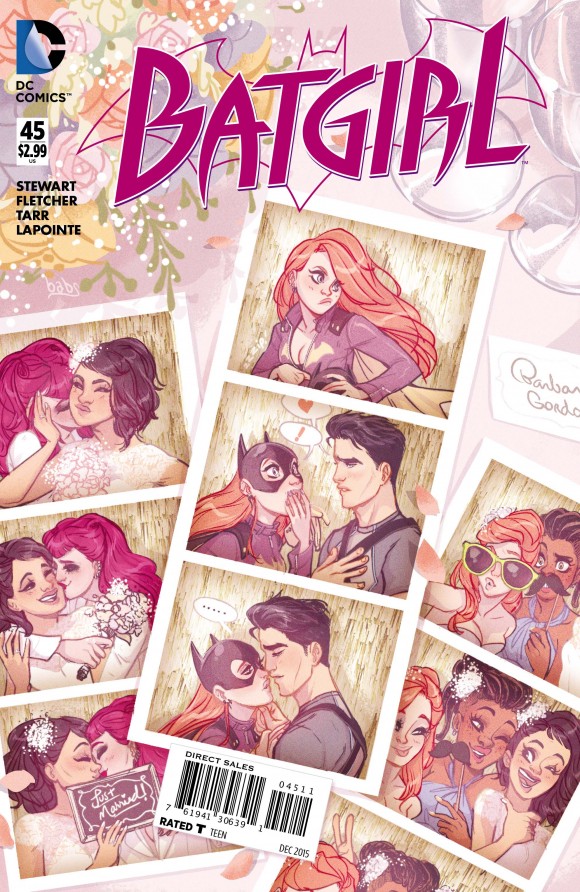 ALSO ON THE BATSHELVES THIS WEEK: The most important thing about Batman ’66 #28 is that The Clam That Ate Robin makes a cameo on the cover. No idea if it’s inside since I don’t read it digitally first. 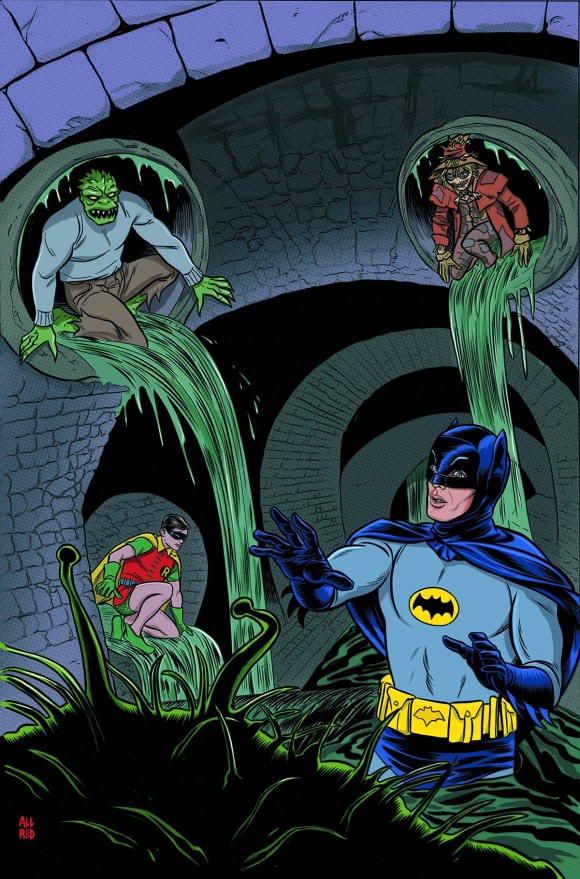 Finally, there’s Robin: Son of Batman #5, a book that started off well enough but has been a little uneven. Last issue had A LOT of exposition and I’m hoping that’s just a momentary thing.