BATBOOK OF THE WEEK: Bat-Mite #1

Even if there were a wider selection, Bat-Mite #1 would be the pick this week.

Bat-Mite historically has been shorthand for Worst Batman Era Ever — the late ’50s-early ’60s — and you can’t really argue the point. But he’s had a measure of redemption whenever he’s been used as a tool for meta commentary about the state of Batman or DC Comics in general.

I mean, for the most part, the best episodes of Batman: The Brave and the Bold were those that utilized the little guy as a gateway to the stranger and lighter elements of Bat-lore.

So I really dig the premise of this new mini by Dan Jurgens and Corin Howell: Bat-Mite Fixes the DC Universe. 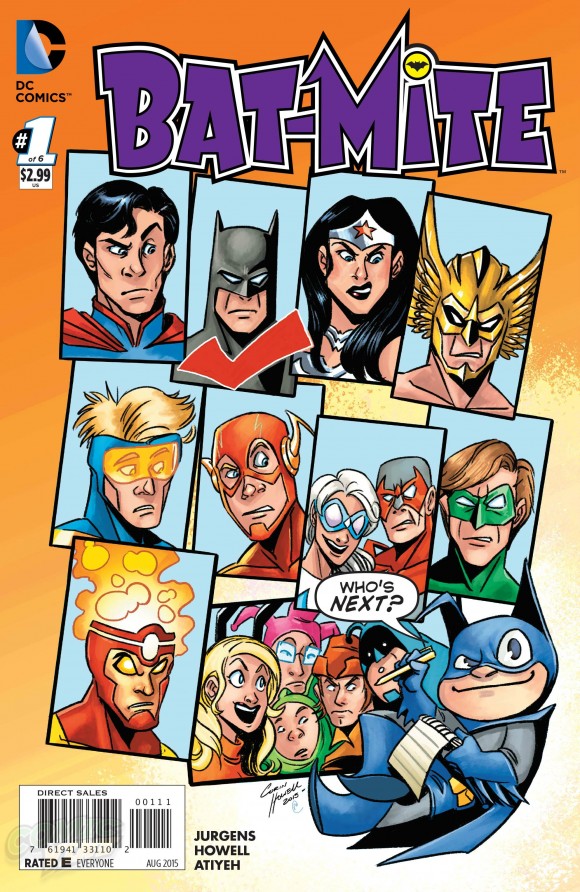 Bat-Mite always believed Batman was the world’s greatest hero but needed his “help” to prove it and show his mettle. So the gag here is that he finally accepts that Batman‘s doing fine … and moves on to the rest of the DCU.

It’s a fun idea, especially when you see the solicited cover to Issue #2, showing the imp with a bunch of befuddled and annoyed Hawkmans — given the Winged Wonder‘s convoluted history. 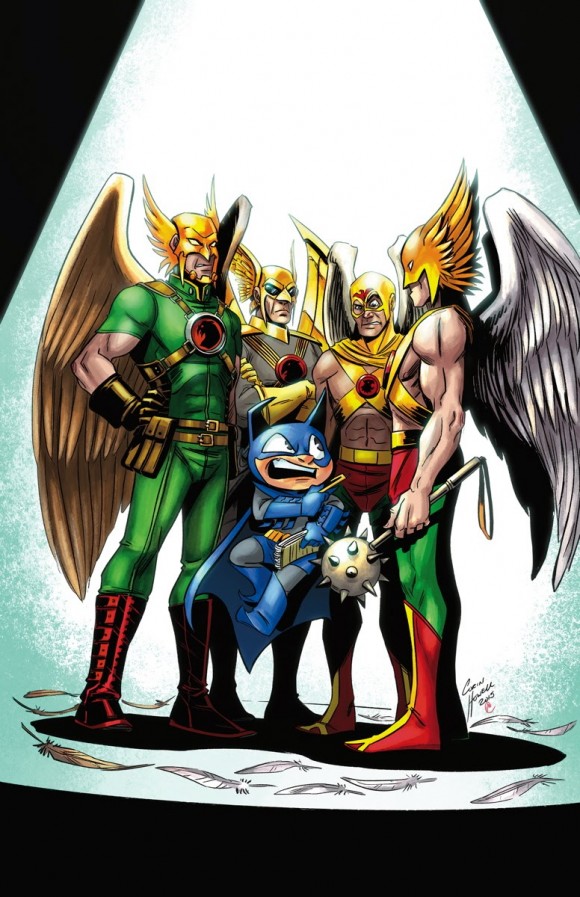 The best “modern” Bat-Mite story, by the way, can be found in Detective Comics #482, cover-dated Feb.-March 1979 — Bat-Mite’s New York Adventure. It’s the first story to use him as a vehicle for comics commentary. 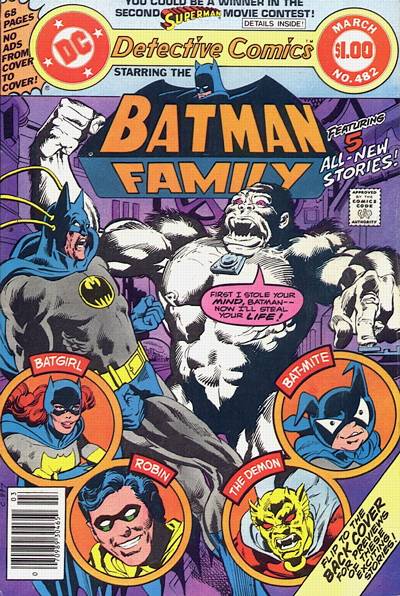 In this gem of a short story written by Bob Rozakis, Bat-Mite visits DC‘s New York offices late at night and harasses artist and editor Al Milgrom, who’s on deadline. Bat-Mite claims the public wants him back and teleports a creative team one-by-one to the office.

The art by Michael Golden is suitably cartoony and the story is filled with hilarious inside jokes. Track it down.

ALSO ON THE BATSHELVES THIS WEEK: I haven’t mentioned that this week marks the return of the “regular” DC Universe, now that Convergence is finished. The other noteworthy Batbook is Batman Beyond #1 — the revamp starring Future Tim Drake taking over for Dead Terry McGinnis. Also, on the book side of things, there’s the first Grayson hardcover and Batman Noir: The Dark Knight Returns — featuring Frank Miller and Klaus Janson‘s art in black and white.