BATBOOK OF THE WEEK: All-Star Batman #1

There’s only one choice.

Scott Snyder’s back in the Batfold this week with a book that’s intrigued me since it was announced.

Snyder has described this book as his version of The Long Halloween, with a succession of Batvillains expected to make appearances. (I prefer comparisons to Englehart and Rogers’ villain-heavy ’70s Detective Comics run, myself.)

During his nearly five-year run on Batman, Snyder focused mostly on a relatively small group of adversaries — the Court of Owls, the Joker, the Riddler and Mr. Bloom, primarily. So I’m curious to see how he interprets Batman’s wider gallery of rogues. 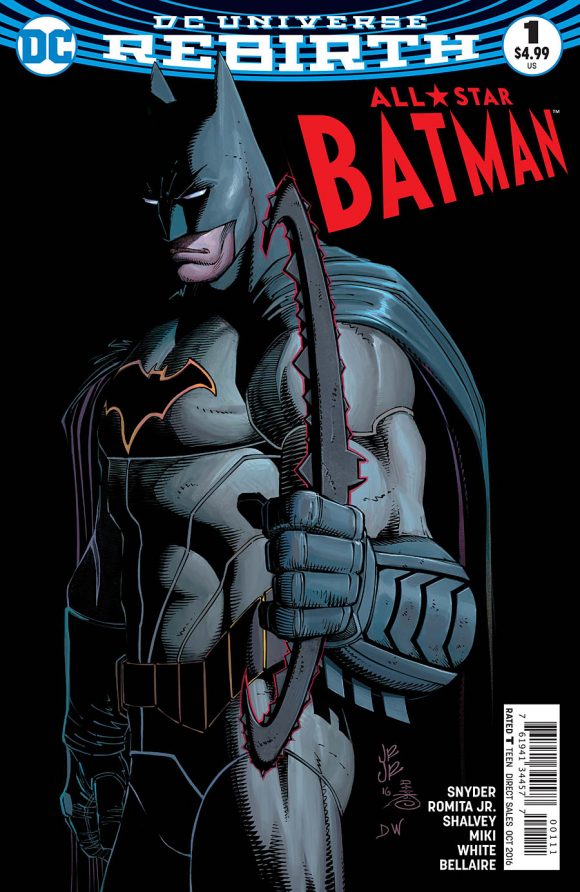 Red Hood and the Outlaws #1. I am not a fan of Red Hood. I have said that many times in many ways. I even think DC should retire the character. (Click here for more on that — if you dare.) That said — alllll that said — I liked the Rebirth issue. I did. Despite myself. So I’ll try this too. I do admit that the premise is kind of neat: The cracked-mirror versions of DC’s so-called Trinity team up: Jason Todd, Bizarro and Artemis.

Detective Comics #938 is also out this week. Consider this a public-service announcement.