AVAILABLE NOW — DIRECT CONVERSATIONS: An INSIDE LOOK at DC in the Bronze Age

Home » COMICS HISTORY » AVAILABLE NOW — DIRECT CONVERSATIONS: An INSIDE LOOK at DC in the Bronze Age

Paul Kupperberg’s latest is a must-have… 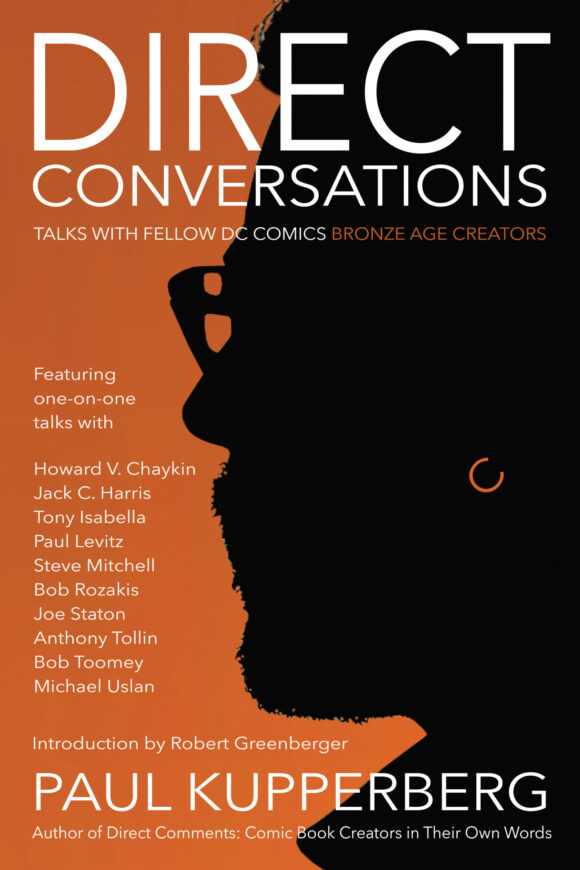 The book, which was funded through a Kickstarter campaign, is now available on Amazon; those who backed the project will be getting their copies in the coming weeks.

Meanwhile, dig the back cover, which provides even more insight: 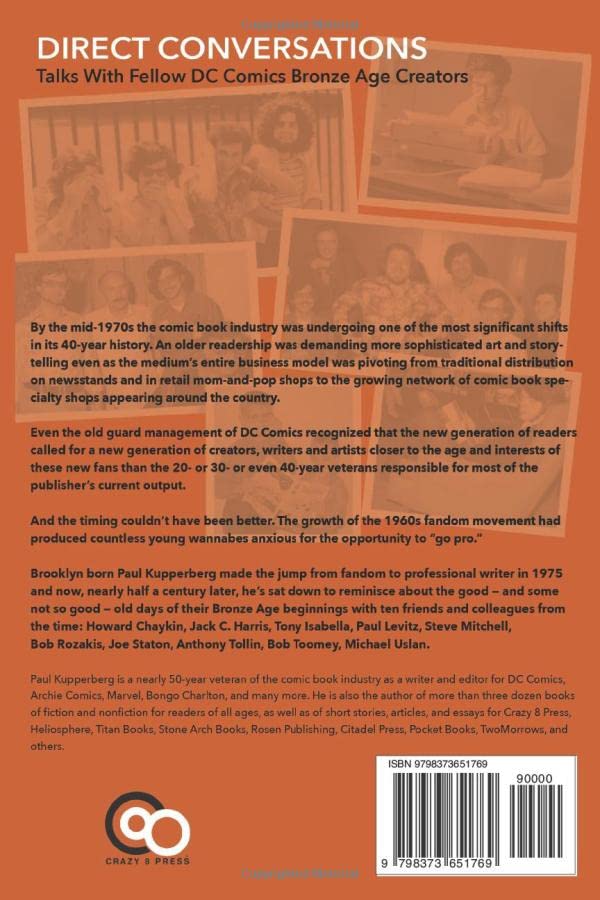 This is essential stuff, folks, by someone who was on the front lines. Miss it not.

Sure, you know PAUL KUPPERBERG as the prolific writer of over a thousand comic books for such characters and series as Superman, Aquaman, Doom Patrol, Vigilante, Life with Archie, Bart Simpson, Scooby-Doo, and dozens more for DC Comics, Archie Comics, Bongo Comics, and others, and that he is also the creator of the series Arion, Lord of Atlantis, Checkmate and Takion, and is a former editor for DC, Weekly World News, and WWE Kids Magazine. But Paul is also the author of numerous books, including the superhero novel JSA: Ragnarok and the comics industry-based murder mystery, The Same Old Story, not to mention (but we will anyway) Paul Kupperberg’s Illustrated Guide to Writing Comics, I Never Write for the Money, But I Always Turn in the Manuscript for a Check, Direct Comments: Comic Book Creators in their Own Words, Direct Conversations: Talks with Fellow DC Comics Bronze Age Creators, The Unpublished Comic Book Scripts of Paul Kupperberg and Son of the Unpublished Comic Book Scripts of Paul Kupperberg. You can follow Paul at PaulKupperberg.com and at Crazy8Press.com.